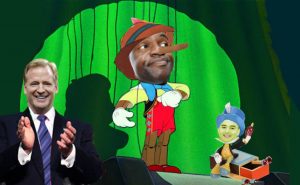 END_OF_DOCUMENT_TOKEN_TO_BE_REPLACED

Permanent link to this article: https://advocacyforfairnessinsports.org/2020/03/11/not-so-free-agency/

Don’t get hurt playing under the proposed CBA 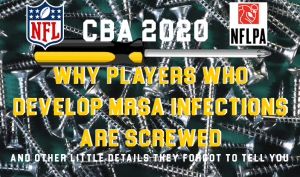 Having covered the NFL’s Disability Plan for going on four years, I’m well accustomed to seeing the litigation mitigation tactics used there, of revising Plan Documents with new language annually to close the “loopholes” in which a player prevailed in court, overturning the denial of his claim. Now it’s turning up in the CBA.

END_OF_DOCUMENT_TOKEN_TO_BE_REPLACED

Permanent link to this article: https://advocacyforfairnessinsports.org/2020/03/09/dont-get-hurt-playing-under-the-proposed-cba/

CBA Part 3: A look at Pensions w/o Parity and the Hospital Network

END_OF_DOCUMENT_TOKEN_TO_BE_REPLACED

Permanent link to this article: https://advocacyforfairnessinsports.org/2020/03/08/cba-part-3-a-look-at-pensions-w-o-parity-and-the-hospital-network/ 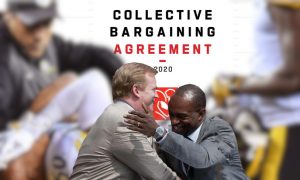 Injuries are an unfortunate reality in the NFL. Executive Director DeMaurice Smith has been quoted as saying in support of ACA and in opposition to Workers’ Compensation scale-backs that all NFL players will leave the game with preexisting conditions. In view of that, it’s puzzling as to why he finds the proposed CBA that will leave many who wind up disabled acceptable and has even gone so far as to recommend it despite a 7-4 vote by the Executive Committee against.
In Part I of my series on the CBA, I explained how Article 39 will essentially strip players of their right to sue in the same vein as the waiver Colin Kaepernick refused to sign prior to a league arranged workout.

END_OF_DOCUMENT_TOKEN_TO_BE_REPLACED

Permanent link to this article: https://advocacyforfairnessinsports.org/2020/03/08/nfl-owners-demand-17-games-yet-slash-disability/ 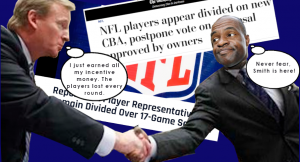 Whether you speak of a nation or football league, class warfare is a lethal weapon when deployed effectively.  For the past 10 years, the NFL has game planned and executed that plan through the CBA now up for voting by NFLPA members. The strategy is simultaneously brilliant and despicable.  In my view, they’ve managed to lock players into a chess match against the devil with life-and-death consequences for those who are left behind.  The provisions contained in the proposed agreement have gone so far as not only dividing active membership but also retired players, pitting the needs of one group of players against the needs of his alumni brothers.

END_OF_DOCUMENT_TOKEN_TO_BE_REPLACED

Permanent link to this article: https://advocacyforfairnessinsports.org/2020/03/06/nfls-plan-to-divide-and-conquer-is-clear-in-proposed-cba/

END_OF_DOCUMENT_TOKEN_TO_BE_REPLACED

Permanent link to this article: https://advocacyforfairnessinsports.org/2020/03/02/attorney-goes-on-offense-against-nfls-spotty-misrepresentations-in-gordon-case/