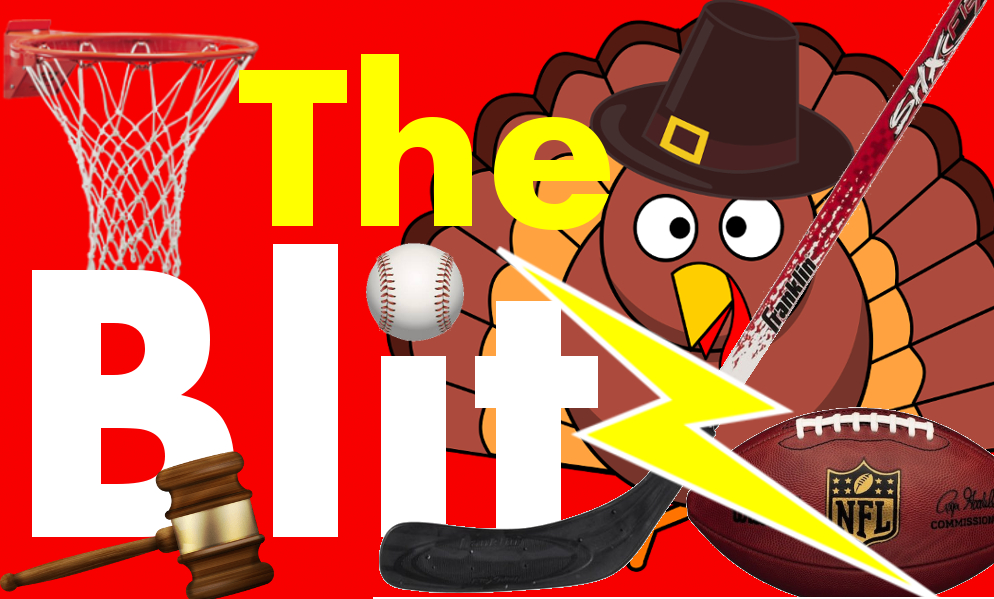 Just in Time for Thanksgiving:

Mishaps in the NFL:

Raiders, Aldon Smith at the mercy of the Commissioner https://t.co/OEiVedlhpH via @ProFootballTalk

13th hour play to keep Raiders in Oakland may not work; Davis says Raiders committed to Vegas.”https://t.co/KvTmVH3Kt5 via @ProFootballTalk

Will There Be a MLB Lockout?

Some skeptical of MLB lockout as CBA deadline approaches; refer to it as “a negotiating tactic,” via @NYDNHarper https://t.co/sJP1jKmksE

Notre Dame announces it will appeal the NCAA’s ruling. Analysis of the appeal via @Justin_Sievert https://t.co/ihJD5EstHl https://t.co/Wl8CH2gSsA

Setting aside whether a judge ought to be reviewing the outcome of HS football game, judge defers to athletic association’s final authority: https://t.co/VZwCfXd3ws

For those interested in more on this story, check out the Twitter feeds of Michael O’Brien, who live-tweeted the courtroom drama and Dan Werly, who provided some excellent commentary.