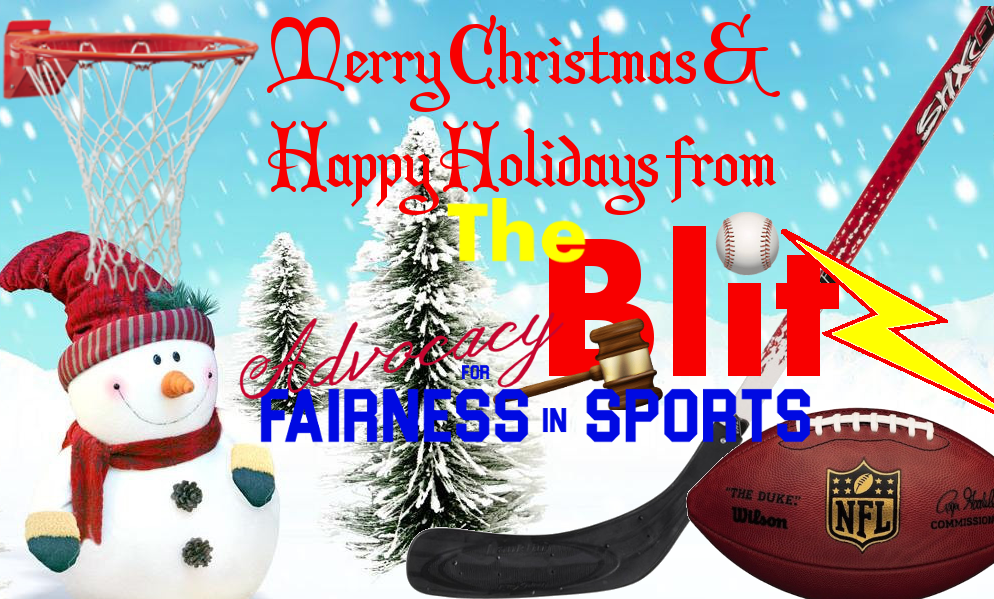 Bill Belichick for “Executive of the Year”? @BenVolin makes the case for BB, who’s never won the award: https://t.co/MJ5gfPiDf4

Vikings leak to ESPN that defensive back mutiny lasted only one series; the all-22 tape will eventually resolve it https://t.co/kX5n7Z0JTb

Fred Biletnikoff’s helmet afforded him only slightly more protection than putting a colander on his head. pic.twitter.com/WMtBT90mxu

Joe Mixon’s apology to victim comes two weeks after calling her the “instigator” in his latest court filing. https://t.co/3kAU75Wfz3

Ray Rice–who still has not received a single post-2014 tryout–weighs in on Joe Mixon, who will get many oppties: https://t.co/RGwhrV7uZ3

Oklahoma might prefer for Joe Mixon to head to the NFL sooner rather than later, via @mattmosley https://t.co/vcmEEwVW8s

Elsewhere in the NCAA:

Status of AT lawsuits vs the @NCAA

My wish for the New Year? A new #sportslaw writer or two. Please RT to law students or others who may have interest.https://t.co/z3RHt9EIP2

Your move NHL and NHLPA. https://t.co/nbd5Cr3H8M