https://t.co/TnsQcKcvXZ. biggest piece of shit the NHL has to offer. Get rid of this looser

Retired CFL players brought a similar concussion lawsuit vs. league, but it was tossed by judge as preempted by CBA: https://t.co/uaZQKBXtaR

MLB reportedly could soon sign off on a Red Sox-Yankees series in London . . . – https://t.co/gqQaY71bNX 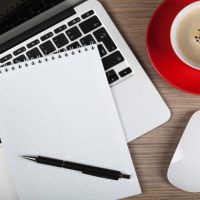 My wish for the New Year is to add more quality writers to the Advocacy for Fairness in Sports blog. Do you have a passion for writing, an interest in sports law and fairness issues, and a desire to have your voice heard? If so, Advocacy for Fairness in Sports is interested in hearing from you. I’m hoping to expand the (unfortunately unpaid) writing staff in order to cover a broader range of issues within the world of sports. While all inquiries will be considered (and appreciated), I feel this would be an especially good fit for law students who are interested in diving into and writing about sports law. I’m currently looking for people with a strong knowledge of or desire to learn about issues within the NCAA, NHL, MLB and NBA. Alternately there may be a certain topic or fairness issue that you’d like to write about. Whether you’re desire is in contributing on a regular basis, occasionally, or submitting a one-time article, please fill out the contact form below, and I’ll be in touch. Read More about “Interested in writing for us?”…