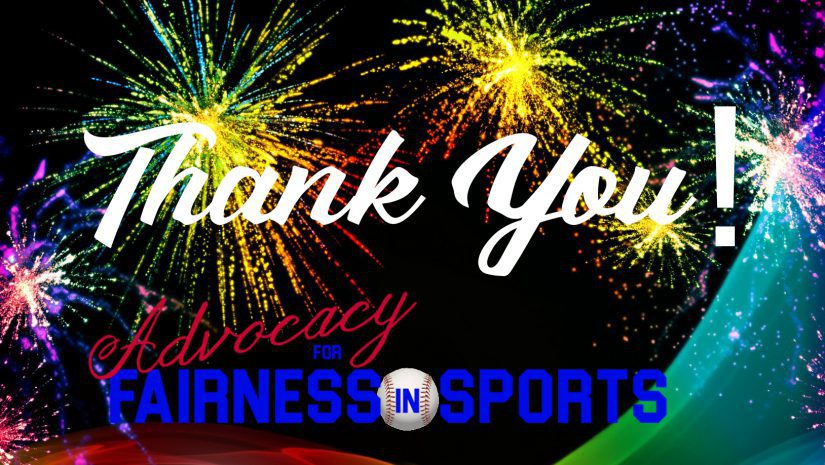 The Advocacy for Fairness in Sports blog just celebrated its 2-month anniversary.   We’ve had over 10,000 hits to the site in our second month!  Thanks so much for reading, and my sincere appreciation and gratitude for your support! ~ Sheilla

Here’s hoping the field will be ready…

Here’s something new: A Thursday night football game that most people will think is a good idea https://t.co/u5rp4d6bYj

A video from Ray McDonald’s 2015 domestic violence case has been published https://t.co/OUXhIYnlkq

Not good. This was his second concussion in 35 days, and he lie motionless on ground for 4 seconds. Spotters? https://t.co/w376bC16MG

WWE Moves to Toss Another Concussion Lawsuit https://t.co/IYyWbrJNfw via @CTLawTribune

Police report alleges that Michigan WR pulled a Trump on a woman outside of a MSU bar. https://t.co/Vr6t4XiRj1

Reply briefs were just filed in the N.J. SCOTUS bid. Daniel Wallach delivered outstanding coverage of this on Twitter yesterday, featuring the briefs by Gov. Christie and the N.J. Horsemen’s Association page by page in their entirety along with expert legal commentary.  @WALLACHLEGAL is definitely a must follow if you want to stay informed on the march toward legalized sports betting!

Christie II in a constitutional nutshell (as framed by the NJ Horsemen): pic.twitter.com/6K0OZ2eC0I

Olson to #SCOTUS: “This Court need not await a division among the courts of appeals” because this involves “an important federal question”

Ted Olson to #SCOTUS: “What PASPA would have to preempt is the absence of state law, a nonsensical theory of preemption” #NJ #SportsBetting

I forgot about MLK Day. Per @CLSoriano, the orders list will likely come out on 1/17: https://t.co/AiKLXJ1tvN

The latest movement in Minnesota Wild vs. Draft Ops:

Rio’s bet on the 2016 Olympics was a bust, now the country has plunged further into political and economic crisis. https://t.co/uqrZtId8pU pic.twitter.com/1dL4uNDNpq

Claims head of #Russian anti-doping agency was misquoted and she didn’t have authority to admit to doping conspiracy https://t.co/klAU6RN6qi