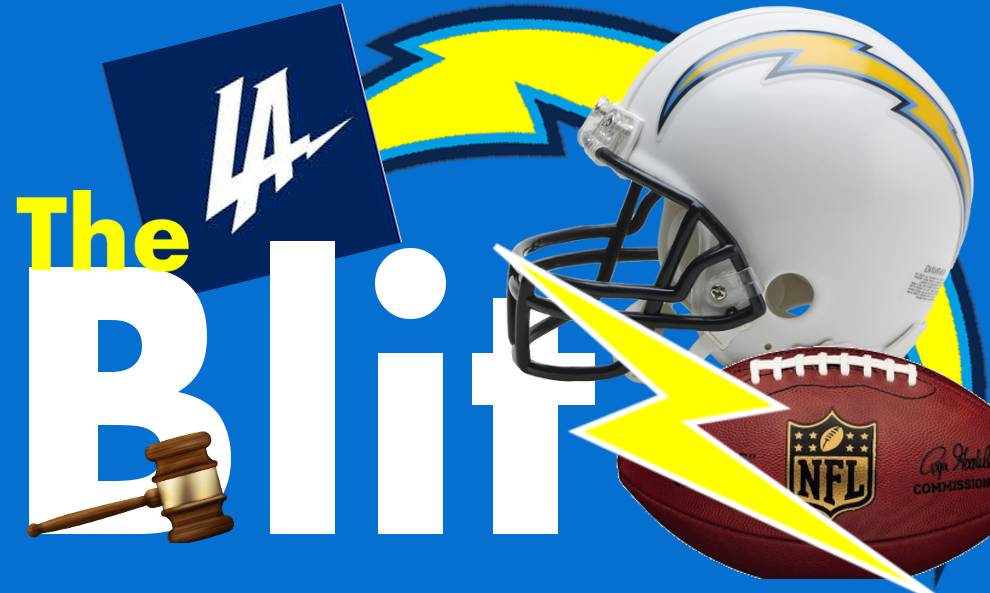 Best of the Articles:

.@mikefreemanNFL really nails this!#Chargers Move to LA Just the Latest Example of How Greed Wins in the NFL https://t.co/vU4OaWej1X

NFL previously approved the Chargers having the option to relocate to Los Angeles. Chargers players and employees? They had no say over it. https://t.co/5E5dRKQ8RI

The Chargers are leaving their heart behind, and nothing is waiting for them in LA, via @barry @deadspin https://t.co/Ckq9C1YrYW

Best birthday present- a chance to talk w/@el_belson about the future & business of football @NYTSports https://t.co/dQNUhEJWQf

(there’s one thing you didn’t try – fully funding a stadium, but that would have cut into profit margins, instead of increasing them.  Just saying, you didn’t try everything.)

A letter from Dean Spanos pic.twitter.com/rTNIvrsN1A

Statement from San Diego Mayor Kevin Faulconer on Chargers move to LA.: “Spanos was never willing to work with us on a stadium solution…” pic.twitter.com/1pVodr8Zmm

Terrible logo. And it may infringe on the Dodgers trademarks. What say you @WALLACHLEGAL @IanPGunn @SportsLawGuy ? pic.twitter.com/0MnE86LPU8

Here is the LA Gear logo. Where have I seen that before? #ImitationFlattery pic.twitter.com/XQMwxaF1VV

New day, new logo for the #Chargers. (That escalated quickly.)https://t.co/yKaSjmr9qQ

Based on the quality of their new logo, the Chargers literally decided to move to L.A. last night.

And just a couple more takes…

Permanent link to this article: https://advocacyforfairnessinsports.org/2017/01/13/the-blitz-chargers-relocation-special-11317/