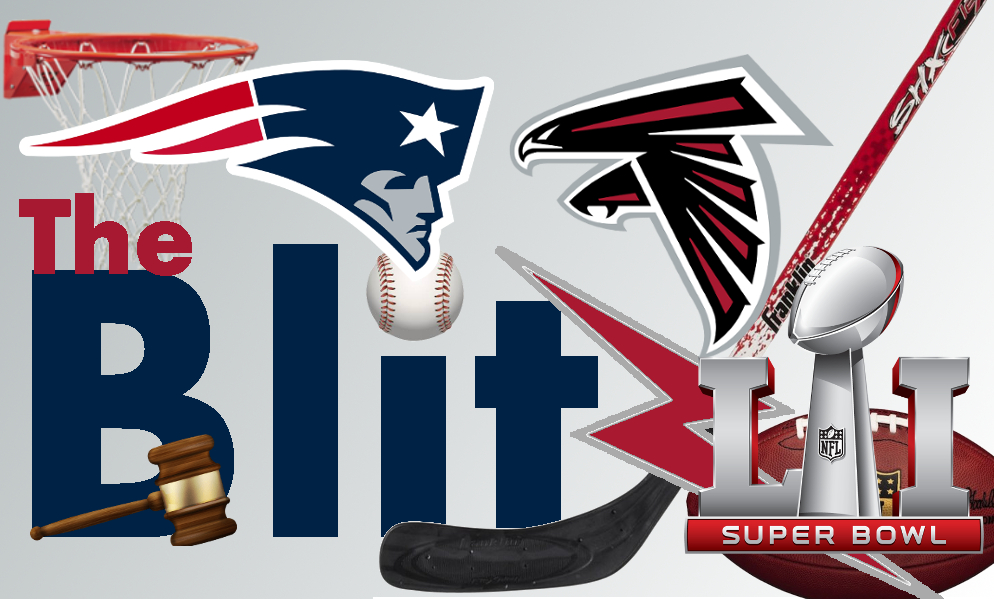 The #Patriots resounding victory over the Steelers drew reaction from a lot of current and former NFL players. https://t.co/Rytm9eRGz3

Tom Brady and Bill Belichick head to their seventh Super Bowl, something no coach or player has ever done https://t.co/z4EqiA6kZR

The ref whom Travis Kelce said shouldn’t be able to work “at Foot Locker” reportedly is working the Super Bowl. https://t.co/GrfLveft9m pic.twitter.com/MlixS4w83t

#Steelers are latest victims of false fire alarm pranks. Last time it was #Patriots in Arizona https://t.co/SpKMnsxmlH via @ProFootballTalk

The Tom Brady revenge tour is on to Houston. Get ready, Goodell https://t.co/Qys1L5HMdz pic.twitter.com/fhcWEmxYrh

For those in the Houston area:

Here’s Symposium I’m moderating next wk: “Sports Law: Behind the Lights, Cameras and Action -Deflategate and Beyond” https://t.co/OowWIkkmMQ pic.twitter.com/2qFY9p0dRr

And coming this week on Conduct Detrimental:

This week on @ConductPod: A special #Deflategate-themed Super Bowl episode with @BenVolin, the NFL columnist for the Boston Globe.

The rules apply evenly…to no one. Goodell’s NFL has become a parody of itself https://t.co/8EChuY4Peh

Seahawks might lose 2nd round pick for breaking same rule as Colts…who were not penalized https://t.co/tigMuyrHpC

Important read on Workers Comp & NFL players, & yes, they get denied on this too, much of the time https://t.co/xWYxQNVA7a via @HoustonChron

Are Prescription Painkillers an NFL Sanctioned PED?
Part II of the series tells the stories of a number of players. https://t.co/XhkhTN2ZvX

Another #Title IX Official At #Baylor Says She Quit Because Working There Was Hell https://t.co/jZQpKiGbid via @DianaMoskovitz