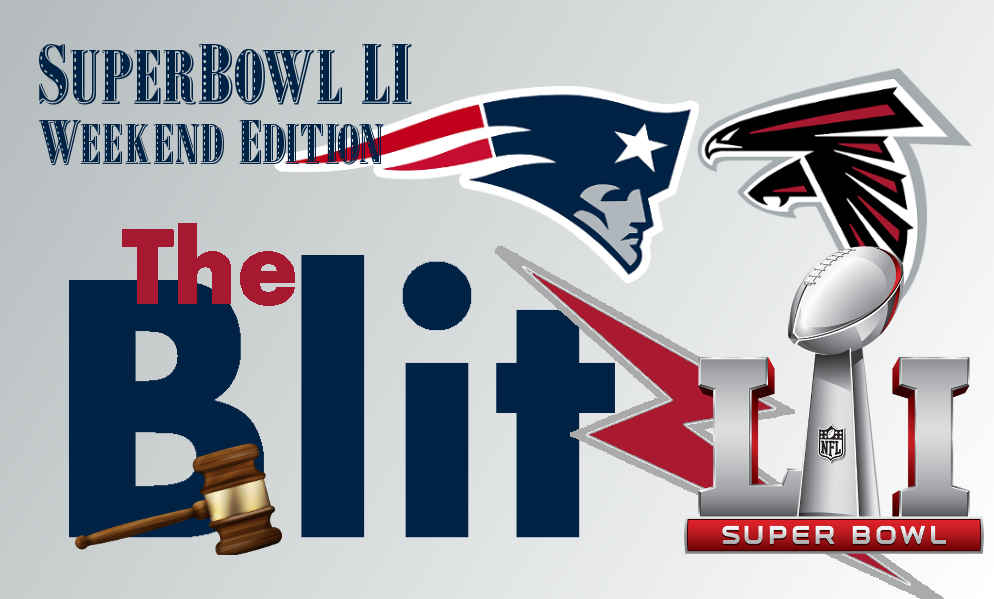 I enjoyed and appreciated the opportunity to speak with Robert Morris on this important subject.  I hope you’ll check out his article:

?Bears Owner Supports a Bill that Would Block Workers Comp for Pro Athletes in Ilinois:

Silencing safety at the Super Bowl, but for whose safety? #concussion #CTE https://t.co/zXZjvrPDWm via @bruce_arthur

What’s going on with research on concussions? Brush up before the big game with my latest piece for @cnbc https://t.co/X32mooDpjx

.@annaalmendrala interviewed an #NFL unaffiliated neurotrama consultant. Here’s what he had to say: https://t.co/nL4XZNgAc5 via @TheScope

Tagliabue regrets start downplaying #TBI in 1994 https://t.co/Km4a2a91d4 via @ProFootballTalk #NFLPA Keep him out of Canton!!!

The NFL didn’t have a health and safety press conference this year, and concussions are more of a whisper: https://t.co/u1OxbWJ91m

And if that isn’t bad enough…

Is De Smith hoping for a job in Trump administration? No call from Obama. Spins like ready for WH. https://t.co/8GxJLR560B @YouTube #NFLPA

“The uncertain future of concussion research under Donald Trump” by @linzsports https://t.co/T0lqEwjzkj

Discovery will proceed. #Cowboys owner Jerry Jones will be deposed along with former #Chargers team doctor, David Chao among others https://t.co/RkNjM3uYz1

Fmr Chargers doc David Chao, sched for deposition on 2/9 has asked to be paid as an expert witness in painkiller suit
Plaintiffs’ response: pic.twitter.com/g4FW7FKgCl

Correction: Dr. Chao will be deposed on Monday February 6. pic.twitter.com/FmqOiglVte

#Deflategate Cloud over #SuperBowl
A study of power. If it can happen to Brady, no one’s immunehttps://t.co/ILOomhY1dg @Consortiumnews

Honored to be part of @CNN‘s documentary Downward Spiral: Inside the Case Against Aaron Hernandez. Updated edition airs Saturday at 9 pm ET. pic.twitter.com/JhoMBDfked

Here’s the @SInow piece on #AaronHernandez as seen through the lens of his older brother’s observationshttps://t.co/2SRfbc6suz

According to #AaronHernandez‘s defense team, Patriots assistant Josh McDaniels may be a witness in the upcoming trial. pic.twitter.com/QQeZfw3Bqb

Patriots’ Josh McDaniels could be called to testify in #AaronHernandez murder trial https://t.co/4rurlywMag via @bostonherald

University of Arkansas argues that it should be immune from Title IX lawsuit because it is a state institution: https://t.co/PPb1LXzlcY

JPP settles suit against ESPN for posting his medical records, via @juliakmarsh https://t.co/f7IFpXeewa

JPP, ESPN and Schefter officially end their lawsuit by filing a joint notice of voluntary dismissal with the court: pic.twitter.com/b0aZaMh8VY

DeMaurice Smith, the head of the NFL union, rips NFL leadership for treatment of cheerleaders: https://t.co/YKx8wh4K9b

Op-Ed: Take a Gamble on Sports Betting, via @michelleminton https://t.co/7xJ9HXbVa3

How much money do players get from Super Bowl LI? Great insights from @McCannSportsLaw & @SportsTaxMan https://t.co/2efSGRg2bJ via @SInow

NFLPA reaches out to Muslim players: “We have their backs.” https://t.co/TboJk8FaUi

Since January 1, 2017, Donald Trump has been named as a party (defendant) in 63 federal lawsuits. #MakingAmericasCourtsGreatAgain

Permanent link to this article: https://advocacyforfairnessinsports.org/2017/02/04/the-blitz-super-bowl-li-weekend-edition-2417/