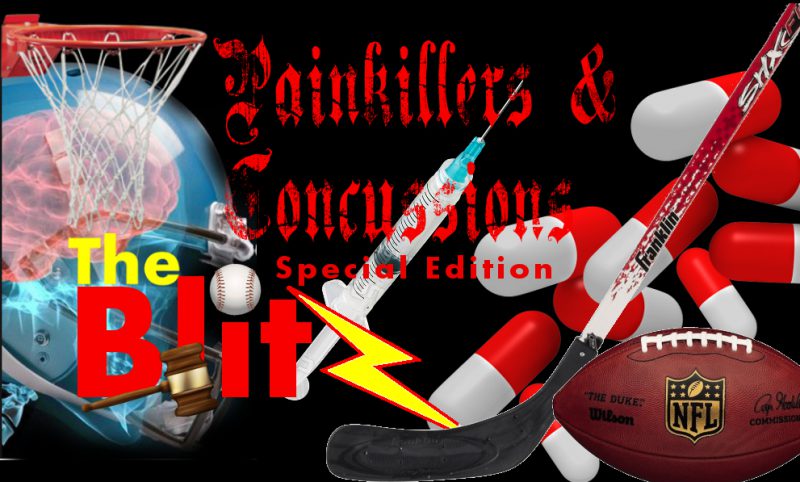 NFLPA Statement on Abuse of Painkillers and Prescription Drugs https://t.co/VQe6FfNYCK

I can’t help but think the NFLPA should have been aware of this and holding the NFL accountable all along. https://t.co/erI997LD9z

Another disturbing story
Former #Steeler: ‘I had to take so many drugs. I knew it wasn’t healthy.’ https://t.co/CakStZozIY via @rayfitt1

Bengals trainer and others named in lawsuit regarding NFL drug abuse https://t.co/KLhtl8xe0e via @Rebecca_Toback

As usual, a MUST READ from Sally Jenkins

The NFL owes Congress, and the public, some answers, @sallyjenx writes https://t.co/VmfjaYXKFW

The Amount Of Toradol NFL Players Use Is Scary As Fuck – Concord Register https://t.co/8pUOOINBf1 pic.twitter.com/FmoF9LLkOw

I’ve been writing about the painkiller lawsuits for a while – before they got much mainstream press, so if you’d like some additional back ground, check out my painkiller trilogy.

?Could Marijuana Be the Answer?

Why NFL Players Could Be The Answer To The Weed Legalization Debate https://t.co/ZfTx24uM6E #Marijuana via @JoeMilord

As the sports world rethinks marijuana, it remains illegal under federal law. @John_Greabe explains the law of pot: https://t.co/8fQiBB16OJ

Excellent insight. Hope other players are as educated about #CTE as Emmanuel is. https://t.co/XGVt5hpKjh

I wrote an article on brain trauma (CTE), brace yourself, and if you learn something, share! https://t.co/6OacZtna4T

Once again, knowledge is power. Allows one to make an informed decision about his future—something prior generations did not have. #CTE #NFL https://t.co/Qi91TkB69g

Jordan Cameron, 28, retiring because of concussions: ‘It’s just not worth it to me’ https://t.co/XKdVsT5lmi via @seanjwagner

Jordan Cameron retiring from NFL due to concerns over concussionshttps://t.co/lu8Dou6CME pic.twitter.com/3SWZT0F3FP

ICYMI: Comment: Theory not being put into practice for head injuries (Like US)- HIA is in tatters https://t.co/5iD7Gl1jgD Irish Call BS #TBI

For the love of the game.@RandyCrossFB is pledging his brain to CTE research. https://t.co/JWAEZgSiff pic.twitter.com/5Dqcs5JqIo

NHL Concussion Lawsuit Could Go To Trial This Year https://t.co/7TerXYo1Wj via @emmabaccellieri