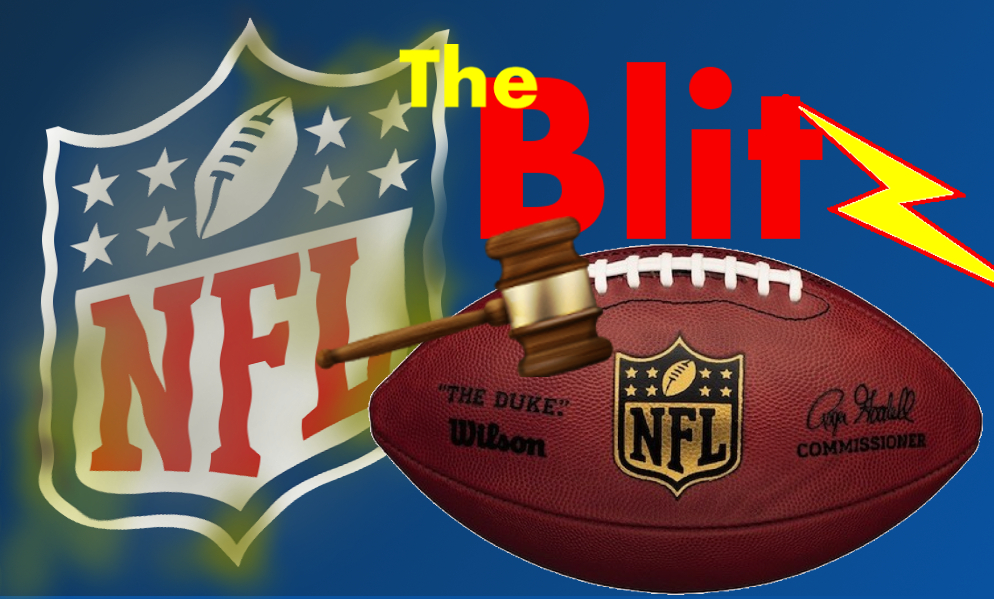 The NFL – Is the shield soiled?

In this new Conduct Detrimental episode, Daniel Wallach and Dan Werly take on the Aaron Hernandez “not guilty” verdict, Eli Manning and the Giants’ “Memorabiliagate” developments and the relocation lawsuit brought by the City of St. Louis against the NFL and how it may impact relocations going forward.  ❗️SPOILER ALERT❗️  Wallach says, “It may be time for the NFL to face a significant defeat.”  Make sure you give this a listen!

Initial thoughts: I awoke to the news of Hernandez’s suicide, still pretty fresh at the time of this post.  If Hernandez was guilty of murder, which is likely, that can no way be condoned.  Yet still I see tragedy in so many wasted lives – those of the victim(s) as well as his own.

I can’t help but believe that in the worst of us there is a glimmer of good and in the best, a sliver of darkness.
As such, these are the images I can’t seem to erase from mind’s eye:

Putting it ALL aside, this was a precious father & daughter moment in court yesterday. #AaronHernandez pic.twitter.com/7DhDwBhzmm

In view of all that’s happened, I thought it would be appropriate to link to this well done Sports Illustrated longform article which traces Aaron Hernandez’s downward spiral through the eyes of his brother.  Reading it only adds to the complex tragedy that turned so many lives upside down.

If I could, I’d make this required reading for every #NFL fan. Please read and share. It’s important. https://t.co/xu2nlv03Jx

They fought the @NFL to get $ for head injuries. Now, they’re fighting their own lawyers. My latest w/ @khairopoulos https://t.co/4yg2Zavt3x pic.twitter.com/DSMc553DeS

Rickey Dixon played in the #NFL. He now has #ALS. Please – get a tissue then read the letter he sent to Judge Brody.https://t.co/r9wJ27iOPi pic.twitter.com/llmpBeYvjU

NFL Players Fight Back Against Their Own Concussion Lawyers, via @BobSaietta https://t.co/bxn1lXjpKm

This is a 10 year old blog post from @brentboyd62 that is just as relevant if not more so today. https://t.co/LlQLEPW3pt pic.twitter.com/vFTR3kSvF7

A casual reading of the complaint would indicate players seek damages from concealment and masking of their injuries by way of imprudent use of painkillers, however . . .
(NOTE:) Apologies to regular readers if you’ve already seen this – but since it’s not getting a great deal of coverage, I thought I’d run it one more days for those who may have missed it.

#NFL: “medications worked as intended.”
If keeping a player in the game regardless of condition was the intent, I guess they are correct. pic.twitter.com/XQkorjx7nr

#NFL is using the “not pled” & “time-barred” strategies to attempt to divert the the Court from the actual merits of the case. pic.twitter.com/iqAo0rEqQ0

It would seem #NFL Clubs find the fact that this is illegal an irrelevant matter. pic.twitter.com/Pddkdr27mN

#NFL asks which side-effects should have been disclosed. #PainkillerLawsuit pic.twitter.com/gSrGHiAiBY

.@NFLObjectors Oops! Here’s the excerpt I meant to use. pic.twitter.com/Z802j1dJ7y

In arguing SOL #NFL doesn’t dispute injuries or that they were derived from NFL career. pic.twitter.com/miCr85CNeS

It’s interesting to note that the NFL Clubs reference the players’ disability and workers’ compensation applications in order to infer that the injuries were football related and therefore outside the statute of limitations (which they would be if they were suing in that regard.)  I did a little digging and learned that all but four players (Evans – deceased; Renfro and Greene; and Ashmore (currently appealing a denial) were granted disability in some form.  Their argument is that the players were injured from playing football, which they were, but the Clubs attempt to divert the allegations of how players were pressured to play through injuries with the over-use of painkillers which amplified and exacerbated the problem.  The players state that it was many years after their injuries occurred, or for some, internal organ damage surfaced, that the correlation between the painkillers and their current health problems was realized.  The manner in which the Court views the statute of limitations will likely be one of the biggest factors and hurdles for the players to overcome in this case.

Kudos to @louisbien for an outstanding job in addressing #NFL #concussions https://t.co/c8YTBgQJ1K via @sbnation

NFL players are going to try to fake the concussion protocol, no matter how good it is. https://t.co/RcUdDOjEec via @louisbien pic.twitter.com/L4qudBrO52

ICYMI @EricBoehm87‘s op-ed on the NFL war on marijuana vs their reliance on opioid painkillers is an important read
https://t.co/kkZk0EU2pn

⚖️Strikes for Kids vs. NFL:

I wrote about this in January. Here’s the background on the @StrikesForKids lawsuit.https://t.co/rIlnrMsd5V

#NFL says @StrikesForKids motion to compel Goodell deposition “would serve no purpose except to harass the NFL’s chief executive,” pic.twitter.com/to2sS1S1y6

REMINDER-This came about because NFL didn’t want players supporting a kids charity in the proximity of a Vegas casino. https://t.co/YAE7k9ljbb

As It Embraces Las Vegas, N.F.L. Is Awash in Gambling Contradictions https://t.co/xm0HO2jpUp via @el_belson w/ insights from @WALLACHLEGAL

I’d love to see Lane Johnson pull this one out. Too many players have been suspended because they’re unsure of what’s legal.

This is status quo for the NFL, but it doesn’t seem right to see Jeffrey Kessler sitting on that side of the table.

If poll is to be believed most fans don’t want Joe Mixon on their team@MichaelDavSmith‘s last line is the clincher https://t.co/4R19H78gA6

Broncos get a shot in the arm, Aqib Talib won’t be suspended https://t.co/Lt2RX0FNql

What’s the harm in having a spare stadium? https://t.co/QOnlDIVRl4 via @ProFootballTalk