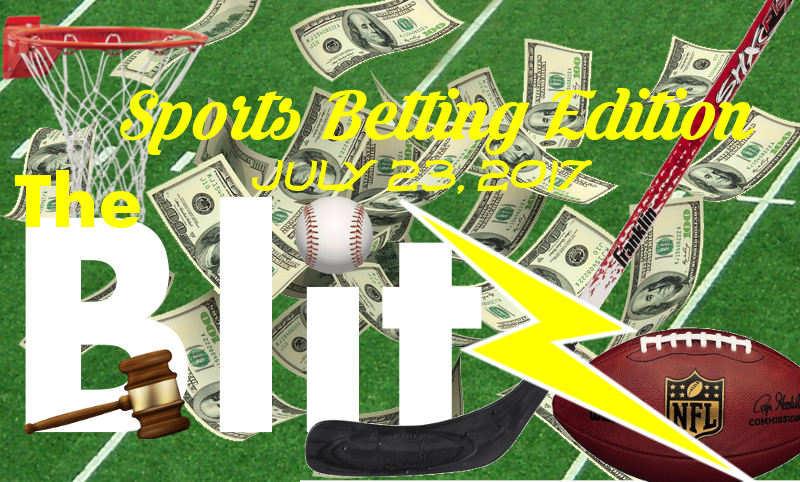 that is one stellar group right there, and I have met them all. 4 angles of expertise. I highly recommend #sportsbiz https://t.co/gSKZSuiUTX

Latest Adam Silver pronouncement: he expects sports betting to be legalized ‘in the next few years’, via @Ourand_SBJ https://t.co/wWhkTDSp8x

As with most things, the leagues are all about control. #sportsbetting
h/t @DustinGouker pic.twitter.com/O06iww3FdQ

When the heads of the five (four) families met to discuss gambling, one of them had very little to say https://t.co/txlBERptb9

.@SportsLawProf‘s brief hits on my biggest (but far from only problem w/ PASPA.) pic.twitter.com/sJ9mShV0lJ

The wishes of sports leagues shouldn’t have authority to circumvent voting citizens or elected legislators. Far too much power for leagues. https://t.co/S875pZkohw

brilliant brief: shows why Supreme Court took case, why status quo won’t hold, AND that there are many possible outcomes, though #sportsbiz https://t.co/9N3t8UME4H

Abandoned #DraftKings–#FanDuel merger could spell the end of #DFS & the dawn of legalized betting https://t.co/HAACfcVK5w via @nationalpost

Permanent link to this article: https://advocacyforfairnessinsports.org/2017/07/23/the-blitz-special-sports-betting-edition/