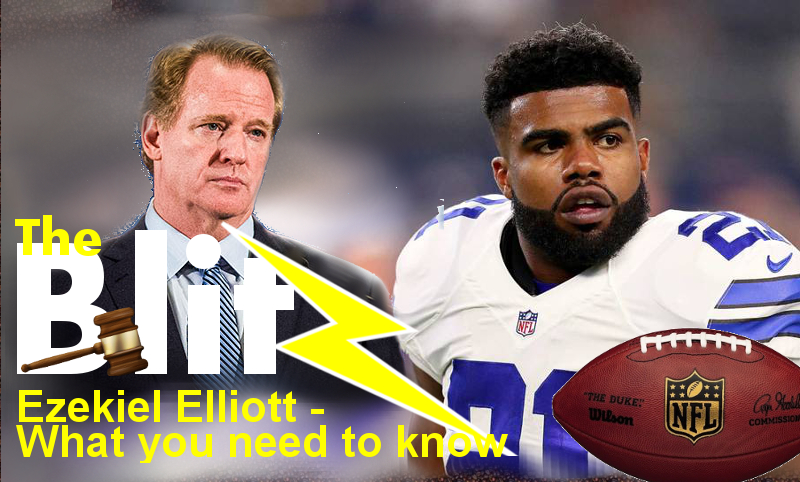 What you need to know about Ezekiel Elliot’s appeal

What is Zeke Elliott’s legal strategy going forward? I offer thoughts to @SI_PeterKing in his latest @theMMQB piece: https://t.co/iauZI9WDpv pic.twitter.com/eXVfpfflYH

NFL declines to release Ezekiel Elliott investigation report and transcript, making it harder to get to the truth https://t.co/UXw1aJa0MH

Agree w/Florio’s assessment of the #NFL & commish’s motivations in punishing DV. How can they be trusted when guilt/innocence is irrelevant? https://t.co/n3qfiUIdl8

Since this appears aimed at our piece, I’m compelled to point out that what we reported today came directly from the NFL’s 160-page report. https://t.co/MfLwiSjRJC

The public statement issued on behalf of every NFL owner is a lie. The NFLPA categorically denies the accusations made in this statement. pic.twitter.com/OFOGQY91Ai

The NFLPA is not pleased with the NFL’s statement on Ezekiel Elliott https://t.co/PXvHTavVIz

I think it goes to show you, unfortunately, the way the NFL works and why we have to do the things we do. https://t.co/9yxBLCBPst pic.twitter.com/2BB245NRtS

Tensions between #NFL and the player’s union over Ezekiel Elliott suspension are foreshadowing a hellish labor fight https://t.co/SGTGdegEze

???@StephStradley‘s blog post on #EzekielElliott & domestic violence in the #NFL is by far the best I’ve seen.https://t.co/MwYPoMEljR

I’ve said it before & I’ll say it again@WALLACHLEGAL is an essential follow if you want to get a firm handle on the #NFL discipline process https://t.co/3NyevRYbE0

In Adrian Peterson case, #NFLPA sought to disqualify Harold Henderson based on his “inextricable ties” to #NFL and “evident partiality”

8th Circuit: “The parties bargained for this procedure, and the #NFLPA consented to it” https://t.co/sEH3Doozc4

It took Goodell 36 days to rule on Brady’s appeal following the hearing. Henderson has 12 days before Week 1. https://t.co/6f5sugJ0M8

Goodell’s choice of Harold Henderson as arbitrator is “safe way out” for commissioner, via @byajperez (+ me): https://t.co/s7sdGG6RxV

Henderson on the Commissioner’s “broad discretion” to impose appropriate discipline for violations of the PCP: pic.twitter.com/ofsx6jcG1H

In Hardy, Harold Henderson wrote that Goodell is not “forever bound to hold discipline at same level” as prior cases: pic.twitter.com/taAaX0WmAU

Putting all the pieces of the Ezekiel Elliott DV investigation together, via @khairopoulos. Great evidence analysis. https://t.co/mjR4NynsUJ

Cowboys Star’s Appeal Won’t Be Arbitrator Henderson’s First Rodeo, via @toddcnnnghm (with comments from me): https://t.co/hRbkPxPgJh

For more on NFL discipline and arbitration deficiencies, check out some of these other Advocacy for Fairness in Sports articles.  Since Deflategate the names have changed.  The issues haven’t. 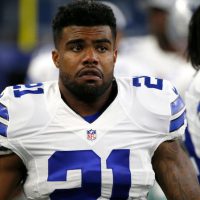 The NFL has botched a number of domestic violence investigations over the past few years unleashing a public relations nightmare for the league. A seemingly contrite Roger Goodell pledged to do better after public outrage from the Ray Rice fiasco nearly cost the NFL a lucrative Anheiser Busch relationship. Part of his new “get tough plan” included a baseline six-game suspension for first-time domestic violence offenders. Then last year he reduced that suspension for unknown mitigating circumstances to a mere one-game suspension for Giants’ kicker Josh Brown; that is until Brown’s own journal admitting abuse surfaced in the media. Another firestorm of public rage erupted, again bringing into question the NFL’s seriousness in regard to domestic violence. The NFL needed to get the next one right. Enter Ezekiel Elliott. Read More about “What’s next for Ezekiel Elliott and NFL Domestic Violence Policy?”…

END_OF_DOCUMENT_TOKEN_TO_BE_REPLACED

Article 46: Burning Down the House

Long ago, in a galaxy far, far away, impartiality and fairness were considered an integral part of the judiciary. Perhaps this is still true in the criminal justice system, but apparently not so in the alternative universe of labor, collective bargaining and subsequent arbitrations. Read More about “Impact: Peterson, Brady, and the Future of the CBA”…

END_OF_DOCUMENT_TOKEN_TO_BE_REPLACED

Permanent link to this article: https://advocacyforfairnessinsports.org/2017/08/20/the-blitz-ezekielelliott1/