The Blitz – NFLPA – A Union in Crisis? 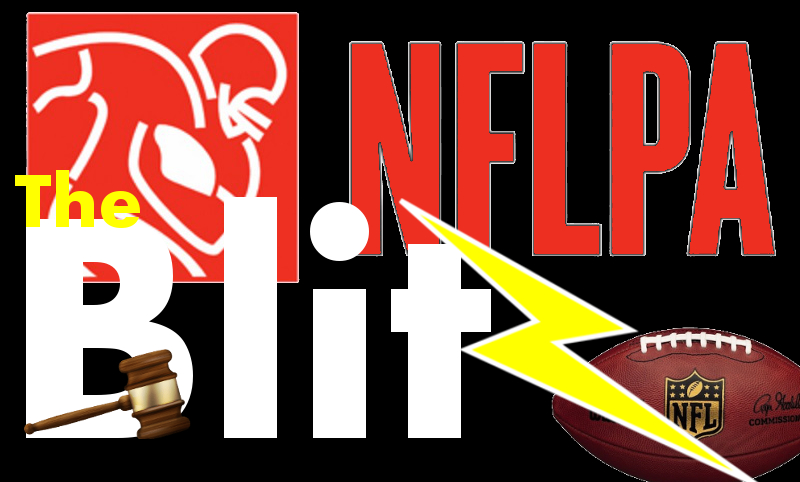 Ezekiel Elliott is just the latest player caught in crossfire in the NFL-NFLPA’s lack of trust. Behind the curtain: https://t.co/CGeva5knqi

For more on Ezekiel Elliott, see this week’s regular edition of The Blitz.

Once Roger Goodell gets his extension, the question becomes whether his counterpart at the NFLPA will get one, too https://t.co/NLFkgIW1dh

The 2011 CBA was another #NFL masterful move by killing the middle class earners and seasoned players that provide leadership. #NFLPA

Get rid of the salary cap. Most UnAmerican thing in CBA. Let owners Cap their own AntiTrust behavior. https://t.co/kSqXDJSrkJ

Some ex-players back Mehri as #NFLPA director https://t.co/WuxaQgdi3P

De Smith on potential challengers for his job: “That’s fine” https://t.co/0WKpZN6GQC via @ProFootballTalk

Easy to understand Smith’s remarks in light of this discovery via Mark Maske at Washington Post:

Understanding Eric Winston’s remarks about the future of the NFL https://t.co/D7RuDkWBZu via @ProFootballTalk

Breer: Marijuana could be next #NFL v. #NFLPA battle https://t.co/ArBVM2BVso via @SInow

The future of the #NFLPA can form around men like @Kaepernick7 & @Lanejohnson65. Men who refuse to compromise to the MAN.

?Retired players call out the NFLPA for failure to act on their behalf:

“I’ve called the NFLPA at least twice a month over the last four months with different inquiries. Aside from the first phone call, the others have been horrendous. It seems as though I call the number and a woman says, ‘Hold Please.’

The she goes and takes her turn in Foosball, then returns to the phone and says, ‘This is [Blank], How may I direct your call?’ It’s a never ending cycle. They’re too busy doing news conferences to do what’s best for the players. I know it may seem that I’m exaggerating or overstating some things, but I just think it should be a lot easier. It’s tough because I know the NFLPA is handcuffed by what the NFL’s needs and wants are. The first three letters of the NFLPA are…

The PA, as much as they may want to help, will always play second fiddle to the NFL’s owners. As of today, when Players retire we need to unlock the DA Vinci Code before we can attain our benefits.”

I need my knuckle replaced. I’m right handed. I write for a living. And I’ve been denied my @NFL benefits for four years now. Save the tweet pic.twitter.com/LLmOsbHd0B

To all current @NFLPA players. This is what you can expect. First class retirement. https://t.co/LtPWyn1Ffu

CTE was found in the brains of 110 of 111 deceased NFL players. What does that mean for the concussion settlement? https://t.co/96PAFl5ltf

“symptoms include aggression, depression, memory loss and an increased risk of suicide.” NONE OF THESE COVERED! ! ! https://t.co/ouVS9oIPNH

39 NFL players have been diagnosed with #ALS. #NFLPA. Rare in the general population less so in the NFL population.

Permanent link to this article: https://advocacyforfairnessinsports.org/2017/08/27/the-blitz-nflpa-a-union-in-crisis/