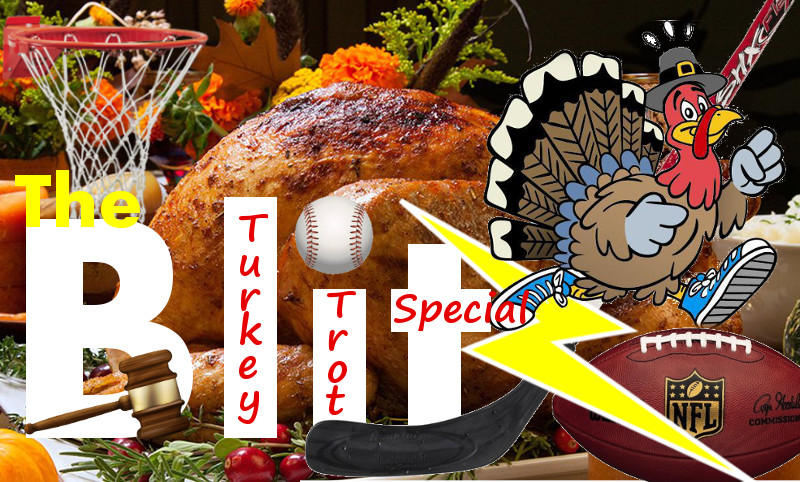 Hard-hitting @washingtonpost article; The fact that club and Olympic sports are a haven for pedophiles isn’t a sudden revelation. The USOC and NGBs have long known about it, but made the very calculated decision to ignore it –https://t.co/VGrtYw6noa

You have to question the status of the #NFL #Concussion Settlement when even the attorneys are worried. I detail a few concerns from their point of view.https://t.co/4wt4wSRMFj

The NHL wanted Derek Boogaard’s parents to pay $15,565 in legal fees (inc. $62.16 for making 3 copies of documents) after they sued the NHL following Derek’s death.
A court has agreed the Boogaards should pay $2,510.70 to the NHL. pic.twitter.com/Qm9zwpQiNw

(While it isn’t a lawsuit yet, YET is likely the operative word.)

If Jameis Winston’s new accuser cooperates with NFL — and if NFL believes her — that’s all NFL needs to suspend him https://t.co/eA4De3bygH

Famous horse sues ‘Ray Lewis’ bourbon for bailing on tab https://t.co/SUo1TPkowF
Kudos to @MarkWSanchez for making what could be a rather dry read into an entertaining horse of a different color.

Former CU & #Rams linebacker had concussion settlement paperwork on the table before taking his own life https://t.co/Jy8r0uzQdN via @9NEWS

“I have no idea how to tell this horror story” @JohnBranchNYT share’s heartbreaking emails from exNHLer Stephen Peat’s father.#concussion #mustreadhttps://t.co/pTVwTYIlNJ

In @prof_goldberg and @bachyns new article, they explore how the #NFL is hoodwinking parents and the public about #CTE. Here’s one way: pic.twitter.com/WvCbntPHNl

Molecules in spit may be able to diagnose and predict length of concussions https://t.co/zW4m2O4zdb via @medical_xpress

Terry Glenn dies in car accident
Condolences to his family and friends https://t.co/YkAaf5BxD1 via @ProFootballTalk

“Regardless of where you stand with NFL players taking a knee during the national anthem, the league itself is delighted not to be talking about head trauma.” Here’s a column that’s right on the $$.https://t.co/jpZkYjlgTR

Jerry Jones on Tuesday aka what a difference a day makes…

Just in time for #Thanksgiving pregame discussion @SportsLawBlonde provides all you need to know about the #NFL commissioner's power and what it would take to remove him.https://t.co/3SQxHN26sb

.@cyrus4nflpa‘s new report give’s insight into DeMaurice Smith’s pro-management mindset and how it has neutralized the NFLPA.https://t.co/y8tkGeNj7t

‘That’s the only reason’: LeBron James says Colin Kaepernick is being blackballed from the NFL https://t.co/SqB9wjlLHo via @linzsports

The long, strange war over legal sports gambling
Tongue in cheek look at the upcoming PASPA battle by @roybragghttps://t.co/BqtOdoomAJ via @expressnews

The man who brought #DFS to prominence is moving on https://t.co/bYpY0Pirqr

my summary of the NJ sports betting press conference at Monmouth Park today. Pallone to introduce another bill in the House + a 2nd sportsbook at that track might cost 10x the current one https://t.co/42bdz0RxB4 #sportsbiz #WilliamHill

Could a New Jersey case at the Supreme Court mean sports gambling for Texas? Via @nicolecobler (+ quotes from me) https://t.co/6lOdl8ACGJ

Permanent link to this article: https://advocacyforfairnessinsports.org/2017/11/23/the-blitz-turkey-trot-special/