Absolutely worth a read:
Is This the End of the NFL? https://t.co/YHcpMFoyGy via @intelligencer

#NFL #Concussion Settlement News:
Chris Seeger is at it again! While the situation is far from humorous, I decided to have a little fun with the opposition brief he filed yesterday in a line for line rebuttal.https://t.co/o1iuDZ4TjB

Seeger Files Response to Criticism Over Disclosure of Ties to Litigation Funder https://t.co/K3nAZ2YE3Q via @thelegalintel

In the most poignant and blistering attack on Seeger’s request for $70M, @PeepsLawyer holds nothing back in his declaration to the Court: pic.twitter.com/w4hl9tC02o

Adidas asks for Rick Pitino lawsuit to be dismissed, says he knew of recruiting scandal https://t.co/nmLdmTQDV0

Professors of physics, history, and psychology at University of San Diego propose eliminating the school’s football program. The vote was 50-26 against w/30 abstentions – this time. https://t.co/MTFqAoIflu

As the professors pointed out, there was a time when no one batted an eye at pregnant women drinking a glass of wine or believed that secondhand smoke could be harmful. As research progresses, things change. 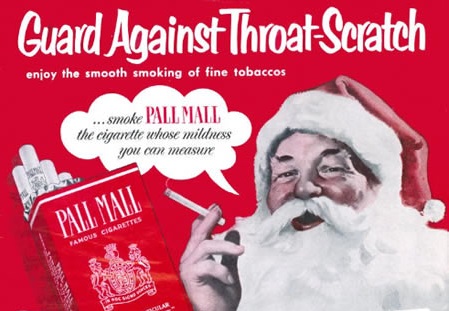 “People don’t understand what we through as football players and what our bodies go through,” 49ers safety Eric Reid said. “And he’s laying down on the ground and people are cheering. That’s messed up.” https://t.co/Xo7XaLfMan via @daringantt

One Game to Remember. Just One. via @NYTimes Awesome piece by @benshpigel on the NFLs one-and-dones and their daunting futures. https://t.co/0GgwNRDUOw

From this week: Jerry Jones challenging Goodell not a surprise; watched him challenge other owners for years. Special to The Athletic: https://t.co/vu3IrSrrAX

The Thanksgiving games weren’t great, and the TV ratings reflected it https://t.co/M8nJDjzH29

Lane Johnson lawsuit and Players Coalition prove @cyrus4nflpa is right about NFLPA writes @dhellingsports in his debut article for Advocacy for Fairness in Sports https://t.co/EwwRlnYL0P

Jameis Winston says he has no fear of a suspension. But he should. https://t.co/6duAQDRVGL

The only fun place in the NFL this season has been the end zone https://t.co/OLQRWpl122

Did group of #NFL players pimp out Kaepernick’s protest for $100M? https://t.co/ipKC0HwB1Z via @carronJphillips

“It is the most important federalism case the Supreme Court has heard in many, many years.” says @WALLACHLEGAL as the December 4 oral arguments in New Jersey’s #sportsbetting case draw near.https://t.co/LYdwLR43P1 via @scotusreporter

Will what happens in Vegas stay (only) in Vegas? Or is #SCOTUS about to open the gates on legalized sports betting? https://t.co/pwdtZqyjZW

U.S. Supreme Court set to hear case on sports betting Monday. My look inside where gambling has been/will go with NFL and sports: https://t.co/I08yuAMRsC

When it comes to sports betting, the NFL is ceding major ground to college football. When (not if) sports betting becomes more broadly legal, operators will need college offerings to remain competitive. https://t.co/nufMhCmYAt

NFL squandering chance to force President Trump to kneel on gambling case and be on side of fans https://t.co/5oyUDaAMty Good read via @DanWetzel