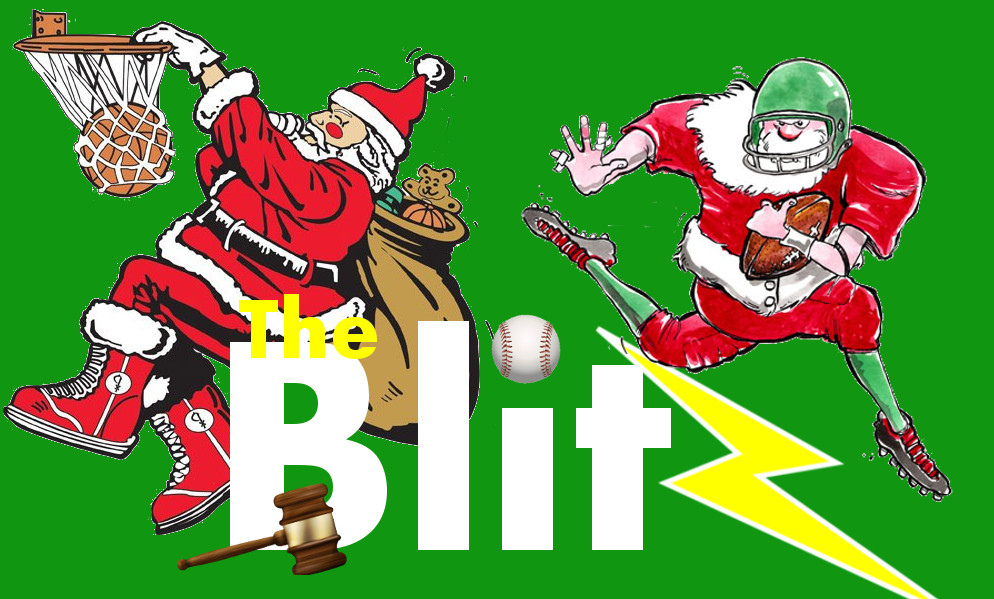 Compelling read:
Forget About Colin Kaepernick; I Think I’m Done With the NFL Just Because I Don’t Want to Watch Someone Die https://t.co/vw8Sg50Fk7 via @verysmartbros

There was a lot of activity on the #NFL #Concussion Settlement docket today. Here’s a quick update on today’s filings – the good, the bad, and the ugly…https://t.co/luKhKsrH6g

I just saw this flow chart of @SeegerWeiss‘s simple and quick #NFL Concussion Settlement Monetary Award payment process. Notice no arrows on “Appeal” Is this a dead end Freudian slip? And this is for an approved claim. Few are even reaching this point. pic.twitter.com/sLaY0l6FMx

#NFL #Concussion Settlement News
Judge Brody has ruled that 3rd party claim assignments are not permissible under terms of the settlement. Per her order those who received advances may be responsible for repayment of only that amount if claim is approved. https://t.co/Q3B6grr8ki

A lot of opt-out filings today which I’ll try to report on later. Introduction to Junior Seau’s family’s opposition to #NFL motion to dismiss is especially powerful. #NFL‘s callousness is especially #shameful pic.twitter.com/aDsC99fAPn

As Concussion Settlement Opt-Out claims attempt to return to the state courts in which they originated, I take a look at the NFL’s LMRA preemption argument and the arguments plaintiffs are using to counter the NFL’s favorite defense. Part 1 of a serieshttps://t.co/fR7ZtPwBsr

Hernandez’s Team Slams NFL’s Time-Out Bid In CTE Suit via @Law360 @BradSohn: a child born into almost unfathomable circumstances-whose father had essentially the worst chronic brain damage ever observed — deserves the chance to prove her claim to a jury. https://t.co/rD0j2qJtvq

This is potentially major: Pennsylvania Supreme Court Agrees to Address Issue of Duty of Care Owed to College Athletes: https://t.co/5vbedzcGoA

Kaepernick vs. the N.F.L.: A Primer on His Collusion Case https://t.co/GRu4ZpzQEV

Six years after a Toronto high school rugby player was left with brain damage after a tackle, his family has settled a lawsuit vs the Toronto Catholic District School Board for $12.5M.
Background:https://t.co/V0Eq2460jf

Late @steelers Dwight White’s family sues UPMC, doctors – White, who had been a patient of Maroon’s for at least 11 years, underwent surgery for a herniated disc on May 13, 2008 – https://t.co/51cROFE4yS

On the @PlayersTribune, @Aly_Raisman shares a powerful message about her experience as a survivor of sexual abuse. https://t.co/JAL1YWaZRF

Ex-NFLer Gets 40 Years For Investment Fraud https://t.co/hqutvocXeq via @Law360

Mike Adamle’s struggle and his crusade: ‘I can feel the decline every single day’ https://t.co/yima8AtrbL

Brain injuries are the signature wounds of our current wars, and more exposure to head trauma means more risk of lasting damage. So why are Army and Navy still playing football? My latest @Deadspin – https://t.co/oxbEfvrM7J

Gap between the NHL and its players on concussions widening https://t.co/M51ScnptrF via @dhellingsports

Roger Goodell has signed a contract extension to remain the commissioner of the NFL. https://t.co/x85wBdOwtZ

Roger Goodell’s Greatest Hits courtesy of @michaelFhurley
This is quite a playlist folks! https://t.co/yhWXR8QyRv

Social issues & the extent of the NFL Commissioner’s powers: A review of Ezekiel Elliott case https://t.co/bFMKI6O2h1 via @LawInSport

.@AdamKilgoreWP has an interesting perspective regarding the NFLPA and how Article 46 should be addressed. https://t.co/Dst3YNE1Qe

Brutality of Steelers-Bengals shouldn’t be dismissed as ‘AFC North football’ https://t.co/jLJ96j4jDA via @SeifertESPN

NFLPA doctor on Shazier: He may not play again https://t.co/lGSHfs5dqc via @usatoday

It’s gotten to the point where the national anthem is no longer part of some football telecasts because it has become so polarizing, but the violence of the game cannot be hidden https://t.co/5DrLMSf5N6 via @evan9rossman

“There are hints the NHL could make a Seattle franchise announcement in the months ahead.”
Seattle City Council expected today to approve MOU for a $600M arena renovation. https://t.co/apGmwxgqlH

As long as the NFL has effectively banned Colin Kaepernick from the league for standing against injustice, EVERY MOVE THEY MAKE on social justice is rooted in a lie

I reject their current gesture & encourage other NFL players to do so as wellhttps://t.co/QZlBqTZT9J

“We all have an obligation no matter the risk, and regardless of reward, to stand up for our fellow men and women who are being oppressed with the understanding that human rights cannot be compromised” https://t.co/zzXSprqwN4

The question persisted: what has @Kaepernick7 actually done in regard to the issues he called attention to? We called all 31 orgs from his Million Dollar Pledge to find out. From the magazine this week, how Kap’s work speaks for him: https://t.co/QQSivDH2fa

Maya Moore is one the most consistent criminal justice reform advocates in sports https://t.co/0F2beZ5FaI via @sbnation

“[T]hey just need to win one time, and this is the ultimate court to prevail in,” says @WALLACHLEGAL of NJ’s sports betting arguments to be heard at #SCOTUS today. https://t.co/itRD79Omlo via @LovelaceRyanD

For those interested in the transcript of today’s oral arguments of the #SCOTUS sports betting case they are available: https://t.co/kDrx1EzDdY

Like Most Sports Controversies, the Supreme Court Gambling Case Is About Money and Control https://t.co/qKbwsinIfH Good read via @CharlesPPierce @SINow

Sports betting LEGALIZED by the FINAL FOUR!?!?@chadmillman, @WALLACHLEGAL, & @SportsLawProf broke down the SCOTUS case on legalizing Sports Gambling on this weeks podcast.

Breaking down the IOC’s ban and how Russia could respond (by @McCannSportsLaw)https://t.co/l5ijgD8vT1