UPDATE: A new article goes just a bit deeper and explains the history and significance of this ruling. 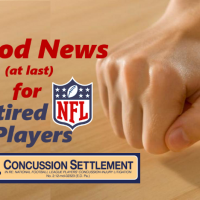 END_OF_DOCUMENT_TOKEN_TO_BE_REPLACED

Advocacy for Fairness in Sports has obtained a non-public ruling just issued by Special Master Pritchett on the settlement’s “generally consistent” standard.  Click on the tweet to expand the thread and read the entire ruling.

Permanent link to this article: https://advocacyforfairnessinsports.org/2018/10/18/exclusive-nfl-concussion-special-master-issues-favorable-ruling-on-generally-consistent-standard/