Who’s Behind the Curtain of the latest NFL Concussion Settlement Ruling? 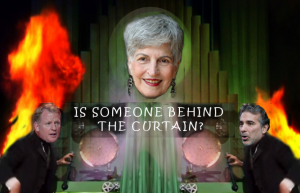 A hearing to decide the fate of the one of two paths of qualification for monetary awards in the oft-heralded but largely problematic NFL Concussion Settlement was scheduled for January 10. On January 9, it was cancelled and announced that the NFL had withdrawn the appeal that prompted the hearing. Co-Lead Class Counsel Chris Seeger proclaimed victory over the NFL and its “meritless appeal,” but in reality, the NFL got everything it asked for and more, so there’s pause to consider if someone was behind a curtain and how things sometimes are not what they appear to be.

END_OF_DOCUMENT_TOKEN_TO_BE_REPLACED

Permanent link to this article: https://advocacyforfairnessinsports.org/2019/01/11/whos-behind-the-curtain-of-the-latest-nfl-concussion-settlement-ruling/