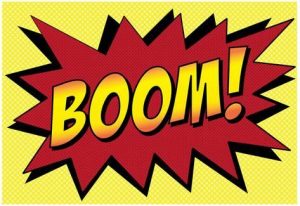 Two important briefs have been filed in the #NFL Concussion Settlement.

One is an explosive brief that reads as an expose on quickly depleted common benefit funds meant to pay class attorney fees for the 65-year term of the settlement.  In objection to Co-Lead Class Counsel Christopher Seeger’s most recent fee petition, attorney Lance Lubel on behalf of class members identified as Alexander Objectors filed a motion objecting to Co-Lead Counsels latest disbursement request.

The second brief of importance is an objection filed by X1 Law to Judge Brody’s recent order regarding generally consistent detailed here:. 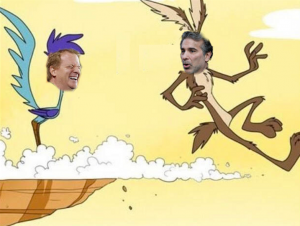 Beep beep!  Even in withdrawing an appeal it appears that the NFL may have gotten the best of Chris Seeger.  X1 Law’s motion for reconsideration hopes to correct the error.

END_OF_DOCUMENT_TOKEN_TO_BE_REPLACED

In addition to these briefs, a hearing on third party settlement advances was held at the Third Circuit on Wednesday. An audio file of the hearing has been posted.  Analyses in the way of articles will be forthcoming, but in the meantime here are a couple of tweet threads to bring you up to speed on the main points. Again, click the tweet to expand.

The oral argument link is up on the Third Circuit’s website. Here it is for those who’d like to listen in. https://t.co/keX1odpUQD https://t.co/obAYiT8YED

Here’s some additional background on this.

One more thing…I’m doing some research on how bankruptcy is affecting settlement claims. Please contact us if you or one of your clients have been impacted in the NFL Settlement or any other mass tort.

?ATTN ATTORNEYS:
If you represent a player in the #NFL concussion settlement or claimant to any other mass tort who has seen their award decimated by a discharged bankruptcy, please DM or contact me through this form on my blog. Thx. https://t.co/0gEWWUZsXQ

I’m posting another tweet thread regarding a claim that was approved and appealed three times then appealed a FOURTH time that resulted in a denied claim and Judge Brody’s reaction to a public objection.

After last night’s late night docket drop, we have the first docket drop of the morning in the #NFL Concussion Settlement. Judge Brody has granted a motion to file a supplemental brief in support of a 3X approved and then denied claim. pic.twitter.com/HLsI5AmBu9

A prominent physician with a world renowned medical center know for its expertise in neurology who has treated the subject for 4 years concludes cognitive impairment directly resulting from brain damage. A shill decide other. Ridiculous. Concealing the courts incompetence.

Permanent link to this article: https://advocacyforfairnessinsports.org/2019/01/25/nfl-concussion-settlement-updates/