Professor Elizabeth Chamblee Burch’s recently published book, Mass Tort Deals: Backroom Bargaining in Multidistrict Litigation, is a close-up examination of how repeat-player attorneys often compromise the plaintiffs they’re appointed to represent as the construct deals that reward defendants, their own bank accounts, and judges who favor efficiency over justice.  She has compiled 6 years of research of 22 mass tort cases to present a revealing picture of the abuses that often go unnoticed.  I’ve combined her research with 3 years of my own research delving into the NFL Concussion Settlement and its myriad of problems, and have started a deep-dive series on how the systemic failures Professor Burch notes are entwined with the NFL litigation and settlement, and how players who trusted the system have been harmed.  The first two articles are below. 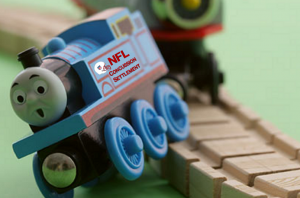 The NFL Concussion Settlement is going off the rails and the issues are systemic. Problematic from the start, collisions between player interests and the interest of the NFL have steadily accelerated with the NFL prevailing in most instances. Judge Brody’s latest ruling, severely restricting players’ choice of doctors, and adding extra layers of scrutiny to an already burdensome process while changing the entire dynamic in favor of the NFL has finally derailed what was once seen as a beacon of hope to suffering retirees and their families.

END_OF_DOCUMENT_TOKEN_TO_BE_REPLACED 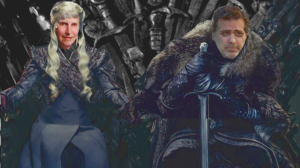 Transferee judges like Anita Brody have a tremendous amount of power in the MDLs assigned to them, so why don’t they monitor for deals that disadvantage plaintiffs? Or should that fail, why don’t attorneys who do have a vested interest in plaintiff outcomes object more vigorously? The answer lies in a strangely balanced power dynamic that sometimes resembles a “game of thrones.”

END_OF_DOCUMENT_TOKEN_TO_BE_REPLACED

Permanent link to this article: https://advocacyforfairnessinsports.org/2019/05/20/nfl-concussion-settlement-power-plays-resemble-a-game-of-thrones/