The Third Circuit is Asking Questions

“It was a feeling of you were being cast aside, being thrown out.” 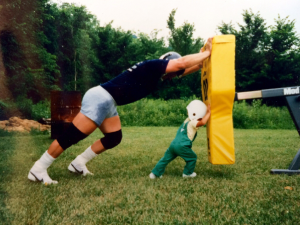 Covering the NFL concussion settlement litigation as it plays out, it’s easy to get caught up in the dockets and the numbers. It’s essential to remind ourselves that behind those figures and words are families and personal stories.

One of the individuals who was instrumental in beginning the story was former Pittsburgh Steelers offensive lineman Mike Webster through his family. Webster, who anchored the Pittsburgh offensive line through a dominant stretch of the middle and late 1970s, passed in 2002. Webster was also one of the first former NFL players to be diagnosed post-mortem with chronic traumatic encephalopathy (CTE). Witnessing most of Webster’s story was his son, Garrett.

END_OF_DOCUMENT_TOKEN_TO_BE_REPLACED

Permanent link to this article: https://advocacyforfairnessinsports.org/2019/09/27/it-was-a-feeling-of-you-were-being-cast-aside-being-thrown-out/