Will Oakland Survive the NFL’s Motion to Dismiss? (Part 3) 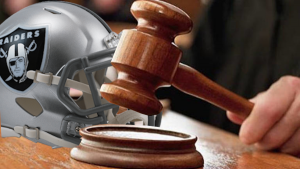 On Friday the NFL responded to the City of Oakland in a bid for early dismissal of the anti-trust lawsuit related to the Raiders relocation to Las Vegas. In Part 1 I looked at the NFL’s claims that Oakland did not properly allege injury under anti-trust law, which was a requirement of Judge Spero’s order dismissing Oaklands first complaint with leave to amend. In the amended complaint, attorney Jim Quinn, representing Oakland went into great detail outlining the NFL’s cartel-like structure and how that anti-competitive structure had damaged the city in its efforts to retain the Raiders, or at least have a viable chance of hosting another NFL team. I felt the clarifications and case law cited in Oakland’s prior reply brief were strong enough to survive the NFL and Raiders’ arguments to dismiss in that area, but other elements remain on the table.

END_OF_DOCUMENT_TOKEN_TO_BE_REPLACED

Permanent link to this article: https://advocacyforfairnessinsports.org/2020/01/12/part-2-will-oakland-survive-nfls-motion-to-dismiss/