Permanent link to this article: https://advocacyforfairnessinsports.org/archive/living-cte-lawsuit/ 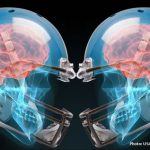 By Sheilla Dingus November 22, 2016 In a lawsuit filed against the NFL and its 32 member teams, Monday in Florida District Court, thirty-eight retired NFL players seek recognition of “living CTE.” CTE, or chronic traumatic encephalopathy is a progressive degenerative condition of the brain caused by repeated blows to the head. The Plaintiffs state, …