Permanent link to this article: https://advocacyforfairnessinsports.org/archive/mike-pennel-v-nflpa-nfl/ 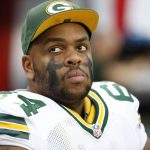 By Sheilla Dingus December 1, 2016 UPDATED: Happily, I missed on this one.  Mike Pennel did indeed reach a settlement with the defendants forcing appointment of the correct number of arbitrators.  Read on for the background and why this case was such a longshot that eventually prevailed. On Tuesday Michael Pennel, defensive tackle for the …