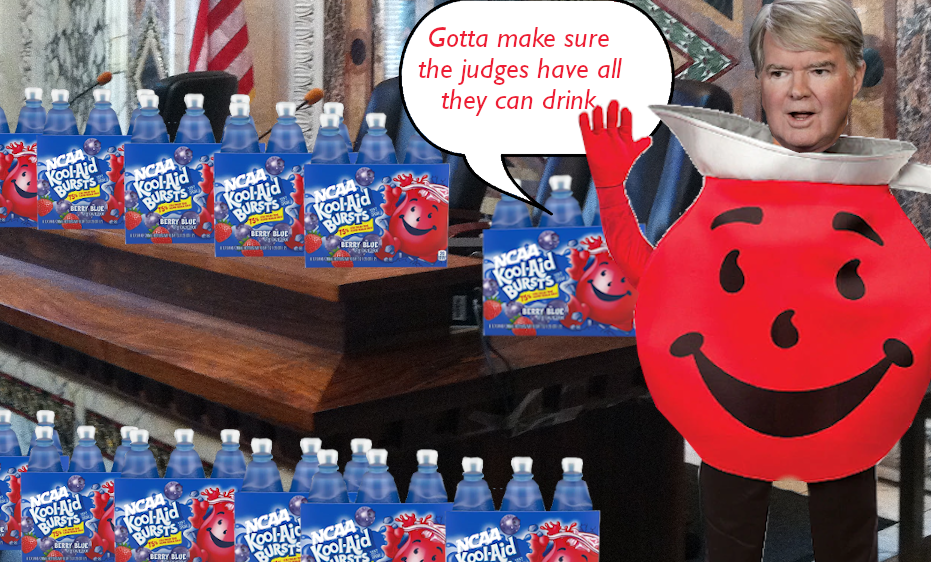 Amicus Brief of Open Markets Institute, Change to Win, the National Employment Law Project, and Economics and Law Professors in Support of Alston

Amicus Brief of NFLPA and NBAPA in support of Alston

As has been expertly pointed out by Law360 journalist Ryan Boysen in a stellar Twitter thread (click below to expand), several amicus briefs for the plaintiffs in Alston v. NCAA represent the latter of those two while the lone Amicus brief for the defendants composes the former.

As the 9th Circuit gets ready to rule on Alston v. NCAA — a huge appeal that could potentially blow up caps on college athlete pay forever — it’s worth taking a look at the amicus briefs submitted in favor of each side

It’s perfectly in keeping with the entire context of not only Alston’s complaint but the status of college athletics as a whole.

To date, the NCAA’s defense revolves around one point of contention. It’s an appropriate one for an antitrust case, however. The NCAA has argued that the rule of reason defense against Alston’s claim of illegal monopolistic behavior applies because that behavior provides a tangible benefit to the consumers of the product. Before Judge Wilken, the NCAA argued that its customers’ interest in the product would be damaged if compensation for athletes increased.

Unfortunately, Wilken largely agreed with that argument. Because of that, her finding that the NCAA was in violation of antitrust laws in regard to its capping benefits that athletes can receive which are “tethered to education” was similar to the theme of the situation, had some style but was short on substance. It did nothing to affect significant change for college athletes.

A panel of federal judges at the Ninth now faces that task. Amicus briefs from several organizations including the NBPA, NFLPA along with individual economists present those judges with a well-reasoned plethora of arguments that all caps on compensation for college athletes should be ruled illegal.

While the reason for solidarity with college athletes is obvious for other athlete unions, it’s still remarkable that the NBPA and NFLPA have lent their voices to this cause. Many college athletes will eventually take the jobs that current members of those unions hold, so advocating for their rights is interesting. Regardless, all the briefs filed on behalf of the plaintiffs make sound arguments.

Among them is a criticism of Wilken’s decision that the rule of reason defense applies in this case. The argument is that a broad ruling that consumer benefits outweigh the harm of restraining markets through collusion not only goes against precedent but sets a dangerous new precedent. If that is the opinion of federal courts, then the entire purpose of antitrust laws is ineffectual.

In that environment, any market participant in any industry with significant control could concoct some benefit consumers receive from its dominance and justify pushing all the competition out or fix prices for the product. The sole ideology behind antitrust legislation is to prevent one entity from gaining that much control, regardless of whether a consumer benefit results from that dominance.

The briefs also spend a good amount of time on how NCAA caps on compensation for athletic services have harmed athletes and refuting the NCAA’s allegation that consumer interest in the product would decrease if athlete compensation increased.

The reality is that the market has already proven the NCAA’s argument false. Several years ago athlete compensation caps increased to allow NCAA-member institutions to give their athletes full cost of attendance financial aid and stipends for a limited number of expenses. In addition, institutions are free to cover riders on some athletes’ loss-of-value insurance policies.

Despite those increases, consumer interest in NCAA athletics has never been higher. That goes beyond the “revenue” sports of American football and men’s basketball, as evidenced by the recent sales of Sabrina Ionescu jerseys and all-time attendance highs for NCAA softball games.

In addition, the idea that consumer benefit outweighs workers’ protections in the Sherman Act even if increased compensation harmed consumer interest in the product is faulty. The current caps on compensation prevent athletes from realizing their economic values during the only window many will ever have to cash in on their athletic prowess. Whether or not the television ratings for women’s college basketball would decrease if Ionescu received a royalty for the sales of her jersey should not preclude her from receiving that compensation, for example. No other industry in the US, including other sports entertainment leagues, operates that way.

The NCAA’s lone defender, an organization for high school coaches, has significantly less of actual value to add to the conversation. Its points echo the largely illusory and intangible arguments the NCAA has always made to defend its illegal cartel’s existence.

The brief argues that removing all caps on college athlete compensation would harm the purity and sanctity of high school sports. That purity is part of the fabric of culture in the US and the courts could rob the populace of that by letting unfettered cash flow into athletes’ pockets in exchange for their athletic performances. 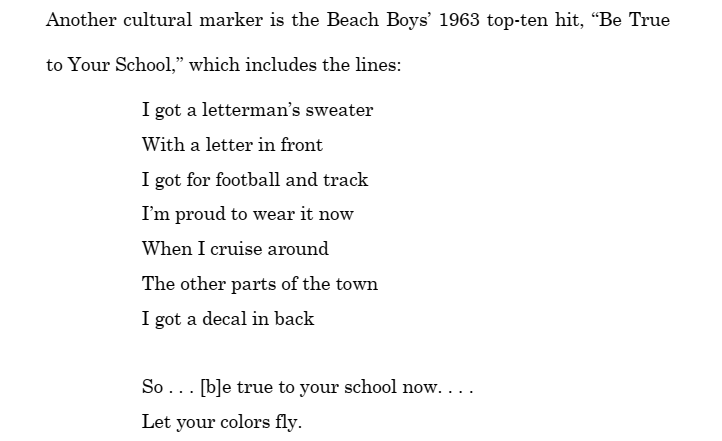 Yes, they even included the lyrics of the classic Beach Boys tune in the brief.  No mention is made however as to why giving athletes the same rights as the rest of the student body would somehow annihilate loyalty to one’s school.

Instead, just like the NCAA, the federation presents an argument that is akin to a mobster who forces local businesses to pay protection money casting himself as only being interested in keeping those businesses safe. Like NCAA-member institutions, these coaches’ positions and the very sports they coach only exist because of the labor of the athletes. It’s fair to ask whether these coaches would continue to provide their services to the schools they work for if their only compensation was a warm, fuzzy feeling that they are upholding the fabric of their communities.

The reality is that there is simply no tangible justification under the law to protect the NCAA’s illegal caps on athlete compensation. If the Ninth upholds Wilken’s ruling or remands it back to her with directions to make it even more impotent, that would only result from the panel drinking the NCAA’s self-serving kool-aid.

Permanent link to this article: https://advocacyforfairnessinsports.org/archive/past-ncaa-cases/alston-v-ncaa/alston-appeal-is-perfect-representation-of-style-over-substance/