Permanent link to this article: https://advocacyforfairnessinsports.org/archive/past-nfl-cases/antonio-brown/brittney-taylor-v-antonio-brown/ 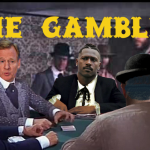 Did Antonio Brown Play One Hand Too Many?

“You’ve got to know when to hold ’em; know when to fold ’em…” The iconic song seems to comport with Antonio Brown’s situation. In what realistically was only a couple of weeks ago but now seems like eons, I wrote about how Brown had played his cards perfectly in landing with what is presumed his preferred destination with the New England Patriots and securing a high-dollar contract, following his controversial departures from the Pittsburgh Steelers and Oakland Raiders. He even picked up a new helmet endorsement deal after filing two grievances challenging the requirement to wear only new league-approved helmets.

Apparently after scoring a royal flush with the Patriots 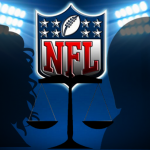 Give Due Process Its Due: The Antonio Brown Dilemma