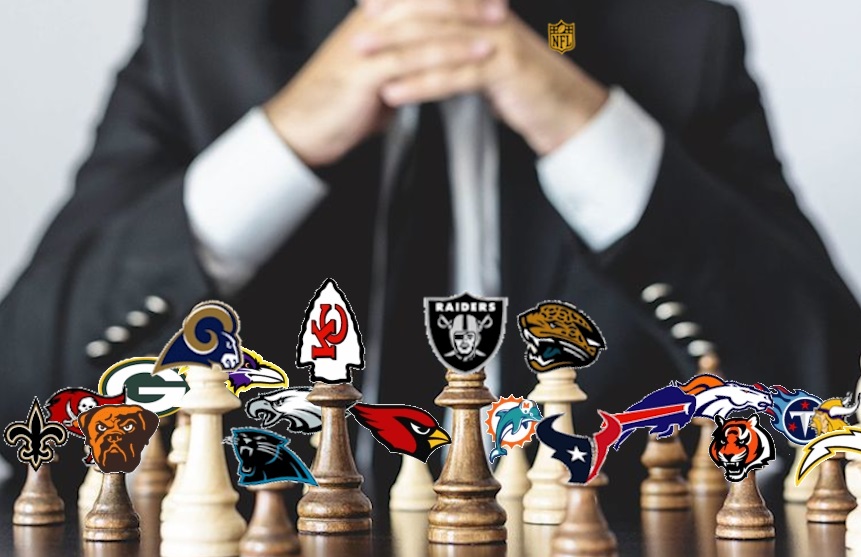 In the first three parts of this series, we took a deep-dive into three questions that will determine the City of Oakland’s antitrust standing.  In this, our final installment we’ll take a look at the NFL’s relocation policy and whether it constitutes a contract with Host Cities such as Oakland.

In their original complaint, Oakland alleged four counts of antitrust violations based on the Sherman Act that were consolidated to one in their amended complaint.  In addition to the antitrust claims, the City of Oakland asserts a state-law breach of contract claim against the Raiders and NFL Clubs.  The NFL argues that their relocation policies are not a contract whereas Oakland views the policy in a different light.

Oakland went into great detail describing the policies that were allegedly breached, however at present the main objective is to satisfy the pleading stage, avoid dismissal and move to the discovery phase.

The prongs the court requires, to continue, based on California Supreme Court precedent are as follows:

The NFL contends that the Relocation Policy that appends the NFL Constitution and Bylaws is not a valid contract between the league and its member clubs because it was adopted unilaterally by the Commissioner.  That argument should fail since “Article 8.5 of the NFL Constitution and Bylaws vests in the Commissioner the authority to ‘interpret and from time to time establish policy and procedure in respect to the provisions of the Constitution and Bylaws and any enforcement thereof.’”  This seems clear-cut.  The member clubs gave the commissioner the authority to unilaterally interpret and establish new policy.  While the commissioner serves the interest of and at the pleasure of the member clubs, he has been vested with the stated authority as well as authority to impose discipline on club owners, up to and including the forced sale of their franchise and ouster from the group of NFL owners.

In his analysis of the issues in his order dismissing the original complaint, Judge Spero conceded that the first prong, that Oakland is likely to benefit is a given.  There’s really no challenge in this respect—the considerations outlined in the Relocation Policy definitely, at least when followed, serve the interests of host cities.

We’ll next take a look at the third prong.  It seems very reasonable that the NFL would have reasonable expectations of being sued in regard to relocations unfavorable to host cities.  It’s happened in the past, and at present, Oakland isn’t the only rejected host city in the midst of a lawsuit against the NFL and its member clubs.  When the Rams rejected St. Louis and moved to Los Angeles, the city and county of St. Louis filed a lawsuit against the NFL for the exact breaches asserted by Oakland.  That case did not have antitrust claims or other counts that rely on federal law, therefore, it has remained in state court, which, perhaps is a friendlier venue.  Nevertheless, the filing of the St. Louis lawsuit should have at the very least, put the NFL on notice that Oakland might also sue.  Since, according to the FAC, the NFL required Raiders’ owner Mark Davis to indemnify the league.  It also seems noteworthy that the Minnesota legislature has posted a copy of the NFL’s Relocation Policy on their website.  In view of this, any reasonable person would probably be inclined to believe that Minnesota would sue if the Vikings were uprooted.

The other part of Prong 3 that the lawsuit is “is consistent with the objectives of the contract.”  The answer to that question rests in whom you ask.  It’s likely that almost any municipality that serves as a host city would agree with Oakland and St. Louis in saying that upholding their rights as host cities is in keeping with the objective.

The NFL and its clubs, on the other hand, will say, “no” the purpose of the policy was to further their own business interests.   Unfortunately for Oakland, the 3rd Prong was connected by the word “and” rather than the word “or.”  Generally, contract interpretation demands that if “and” is used as a qualifier between two statements, then both must be true in order for the provision to take effect.  The use of “or” would leave the parties in need of satisfying one requirement or another, whereas “and” demands that both requirements are met.

Prong 2 is closely related to the “objectives of the policy” requirement of Prong 3, and this will likely be the most difficult prong for Oakland to prevail on.

The NFL parties assert that the “motivating purpose” of the contracting parties [NFL member clubs] was not to provide a benefit to the third-party host cities, but rather, themselves.  Anyone who’s observed the inner workings of the NFL would have no trouble believing that this, along with just about every action the league has ever undertaken has a self-serving purpose.

In my opinion, should Oakland fail to prove the first half of Prong 2 and Prong 3  it should not be fatal to their claims at this stage.  When considering a motion to dismiss, a judge is required to view the arguments in a light most favorable to the plaintiff, and the plaintiff need not prove every allegation at the pleading stage.  If the plaintiff presents a plausible argument, which I believe Oakland has done here, the allegations should survive a motion to dismiss.

In this instance, the “objective” of the relocation policy and its “motivating purpose” constitutes a material dispute of facts.  The NFL, in objection to Oakland’s mention of senate pressure and the agreement with the Mayors’ conference, argues that neither of these things amounts to a contract, however, this should be a subject of discovery.

If Oakland can produce evidence that the league made representations to the Mayor’s conference inferring that the Statement of Principles formed an agreement with the Mayor’s Conference, and the Relocation Policy was meant to be of mutual benefit then at least an oral agreement was made.

The NFL admits the policies were adopted to avoid antitrust liability and federal regulation, and Oakland states that the initial language was taken directly from a proposed Senate bill.  Discovery would need to take place in order to determine the facts, and what if any misrepresentations were made.

While Oakland’s suit took the language of the Relocation Policy at face-value and made a presumption of good faith that the Policy was purposed to serve the shared interests of host cities and the NFL, and to provide a path for host cities to avoid losing their teams, if the NFL made blatant misrepresentations that can be documented, Oakland should be able to assert standing and recover damages for the breach and/or assert fraudulent misrepresentation.

If Judge Spero isn’t satisfied after discovery and additional briefing and when material facts are agreed upon, then he might be inclined to grant summary judgment, but due to the disputed facts, this count should survive a motion to dismiss.

As to the antitrust argument, much will depend on Judge Spero’s interpretation of the law.  If he adopts a broad interpretation, the complaint should survive.  If he takes a narrow view, then the antitrust case could be in jeopardy, at least at the trial court level.  The next move is his.  If he denies the NFL’s motion, then he likely to pursue mediation purposed toward settlement.

Permanent link to this article: https://advocacyforfairnessinsports.org/archive/past-nfl-cases/city-of-oakland-v-raiders-nfl/is-the-nfls-relocation-policy-a-contract-part-4/