A Mother, a Son, and a Telephone 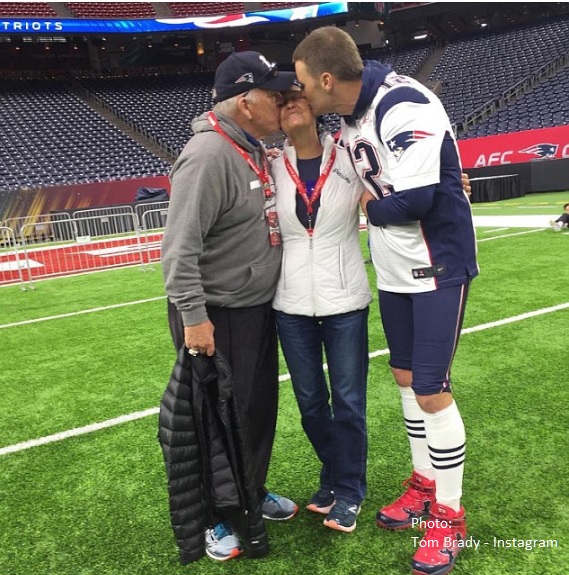 For those who would discount science and cling to the fact that Tom Brady destroyed his cell phone as evidence of a nefarious cover-up, I believe recent revelations should finally erase any shade of doubt for all but those who must for some emotional reason, cling to a myth.

Deflategate began when someone within NFL offices erroneously leaked PSI results to ESPN’s Chris Mortensen who promptly announced them to the world via his Twitter account.  When the correct numbers were published in the Wells Report along with the shady science to try and legitimatize them, scores of baffled professors within the scientific community went to great lengths to set the record straight, and as a result, now every adult who even vaguely has a penchant for news or sports is aware of the Ideal Gas Law.

Even with his broad authority as granted under Article 46 of the Collective Bargaining Agreement, the commissioner must have felt he needed something stronger than a questionable air pressure interpretation to justify an unprecedented punishment against Tom Brady and the New England Patriots.  And Brady gave him exactly what he needed when he destroyed his cell phone.  Un-cooperation and destruction of evidence – surely this would be considered “conduct detrimental to the game of professional football.”

Both Brady and the NFLPA confirmed that the union frowned upon Brady turning over his phone as a matter of privacy and an attempt to set a precedent with the over-reaching commissioner and his near iron-clad grasp of power and manipulation.  Yet there was no objection regarding Patriots employees. McNally and Jastremski’s cell phones were quickly conceded as Ted Wells and Company endeavored to string together keywords that would constitute some semblance of circumstantial evidence.

When Tom Brady destroyed his phone he stated that it was a matter of habit and practice for him when he replaced his phones.  To some people, this sounded reasonable given his celebrity status, but for many others, the behavior appeared suspicious.  Even Second Circuit Judge Denny Chin, who was to rule on whether or not the arbitration conducted by Goodell, met the standards required by the CBA and NLRA, and not any kind of evidentiary hearing, couldn’t resist the urge to weigh in, remarking that he found it “compelling.”  Roger Goodell seized upon this statement in the week leading up to the Super Bowl in a misconstrued attempt to support a decision most people have already come to view as at worst a farce and at best extreme.  For those who continue to doubt Brady’s innocence, the cell phone represented a smoking gun.  Why would he destroy a phone in the middle of an investigation unless he had something to hide?

I believe that question can be answered now with a fair degree of certainty.  Tom Brady revealed in his press conference prior to the Super Bowl that his mother had been battling a serious illness for the last eighteen months, and this was the reason that he did not take his appeal to the Supreme Court.  Robert Kraft further clarified Brady’s statement as he revealed that Galynn Brady had been undergoing chemotherapy and radiation treatments for cancer.

In view of league information leaks, beginning with the erroneous PSI info, how could Brady risk information about his mother falling into the wrong hands?  It seems likely that she was having health issues prior to undergoing these treatments, and it also seems reasonable to believe that a son would have conversations with his mother in regard to her health.  What if an unscrupulous person were to leak this to the story-hungry media?  Could he risk placing his ailing mother in the path of eager paparazzi?  It seems apparent that Tom Brady was willing to do whatever was necessary to insure his mother’s privacy and best chance of healing.  In light of recent revelations, this seems so clear.  We may never know for certain, but I do believe the evidence when weighed would indicate a verdict of “more probable than not.”

Permanent link to this article: https://advocacyforfairnessinsports.org/archive/past-nfl-cases/deflategate-archive/a-mother-a-son-and-a-telephone/