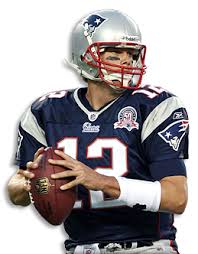 Last week, as Patriots fans grew more and more anxious about the silence in the Second Circuit Court of Appeals regarding Tom Brady’s request for an en banc hearing, I began digging around in the dockets of the Court and discovered that 32 en banc petitions had been submitted on or after April 25, the day Judges Parker and Chin overturned Judge Berman’s ruling, reinstating Roger Goodell and the NFL’s suspension on the quarterback. Of these, four were rejected almost immediately, with 28 remaining in the cue. Monday’s update revealed that the Court had indeed started reviewing these requests; an additional seven were denied. Only two days later an ominous notice suddenly appeared at 9:28 a.m. The sound of silence had been broken.

In barely over two lines, the hopes of Patriots Nation were deflated once again. Throughout the course of the day, numerous reports surfaced, most pretty much conceding that back-up quarterback Jimmy Garoppolo will be playing the first four games for the Patriots this season. But not so fast! Brady is not yet out of options. Before New England’s starter sits a few more things will be taking place.

Brady’s next step will be to request a stay

Although the Second Circuit denied Brady’s en banc petition, seven days must elapse before the court order is mandated, or final.  During this time he is expected to request a stay from the Court.

The most likely outcome of a stay request to the Second Circuit would be a denial, since the same judges turned down a petition to rehear his case.

Should this occur, Brady would ask the Supreme Court for a stay, and this will most likely be handled by Ruth Bader Ginsburg, the justice assigned to the Second Circuit who has the authority to act as a surrogate of SCOTUS.

Noted appellate, sports law and gaming attorney Daniel Wallach reported that Ginsburg is “a strong proponent of women’s rights, individual rights, and presumably the rights of organized labor,” and that Tom Brady “couldn’t be in better hands. . .I believe it will be her, and her alone as to the final decision as to whether Tom Brady is able to play games one through four.”

Case law has established four general criteria that the applicant normally must satisfy in order for the Court to grant a stay. They are: 1. that there is a “reasonable probability” that four Justices will grant certiorari, or agree to review the merits of the case; 2. that there is a “fair prospect” that a majority of the Court will conclude upon review that the decision below on the merits was erroneous; 3. that irreparable harm will result from the denial of the stay; 4. finally, in a close case, the Circuit Justice may find it appropriate to balance the equities, by exploring the relative harms to the applicant and respondent, as well as the interests of the public at large

Wallach further explained that the criteria above boils down to two elements that Brady must convince the Justice of.  “He needs to demonstrate before Justice Ginsburg. . .that there is irreparable harm associated with missing four games.”  He emphasized in another interview, “Once he loses four games off 2016, it doesn’t matter what happens at the Supreme Court afterwards. He could win big, but he’ll never be able to recapture the lost games. And that is his most compelling argument for a stay, and I think it’s one that’s going to be received favorably by Justice Ginsburg.”

The other main objective will be to convince Justice Ginsburg that he has a chance of succeeding at the Supreme Court level.  Many have anticipated that Theodore Olson was brought in especially for this job.  Famed Deflategate expert, law professor, sports law attorney and legal analyst for Sports Illustrated, Michael McCann, explained, “Brady can contend that Goodell’s alleged errors while serving as arbitrator were so damning that absent Supreme Court intervention, Americans would lose faith in the system of arbitration if an arbitrator’s decision can contradict evidence and yet be insulated from judicial scrutiny.”  He added, “Brady can also maintain that Goodell’s arbitration award reflects his own brand of ‘industrial justice’ and did not draw its essence from the CBA. Justice Ginsburg will be aware that these arguments have resonated with at least two federal judges—Judges Berman and Katzmann—a pattern that helps to legitimize them.”

Brady’s lead counsel, Ted Olson is a former Solicitor General, as is Paul Clement, lead counsel for the NFL.  This can be viewed as a battle between legal Titans, and should certainly be of interest to Ginsberg and the rest of SCOTUS.

Five amicus briefs were filed to support an en banc hearing by the Second Circuit.  Since amici are vastly more common, in certiorari (Supreme Court level) petitions, I feel certain that Brady will again be strongly backed by “friends of the court.”  I feel it is notable that since this case now centers on an unfair arbitration, the presence of the AFL/CIO representing thousands of union employees, and Kenneth Feinberg, perhaps the most celebrated arbitrator in the U.S. as possible amici may also be influential.  But perhaps I’m getting ahead of myself here.

The first objective is to secure a stay, and as Daniel Wallach stated in numerous interviews yesterday, “the element of irreparable harm is so strong” that he believes Justice Ginsberg will “do a balancing act if she feels that Brady has at least some chance of succeeding before the Supreme Court. . .and ultimately end up ruling in favor of Tom Brady.”  He emphasized that instead of a panel of judges, some of whom had previously ruled against Brady, that this time, in order to have a stay granted, he “only has to convince one person and that person happens to be a very liberal judge.”

Less than one-percent of en banc requests are statistically heard in the Second Circuit and the ratio of cases requesting writ of certiorari with the Supreme Court is similar.  These statistics may come into play later as we wait to see if the highest court of the land will hear the case, but they are not particularly relevant to a stay.  Wallach stated that he feels the stay has a 40 – 50-percent chance of being granted.  If so, this could easily have Brady playing the entire season.

SCOTUS is currently in summer recess and it would likely prove difficult to poll the vacationing judges regarding certiorari prior to the time they reconvene in October, and even then, it would be mere speculation to determine where this case is on their cue.

There will be time in the weeks to come to evaluate and speculate regarding Brady’s ultimate chances with the Supreme Court, but for now Patriots fans should take at least a degree of comfort in realizing that a stay, while not the easiest pass, is definitely not a “Hail Mary” either.

Permanent link to this article: https://advocacyforfairnessinsports.org/archive/past-nfl-cases/deflategate-archive/silence-broken/