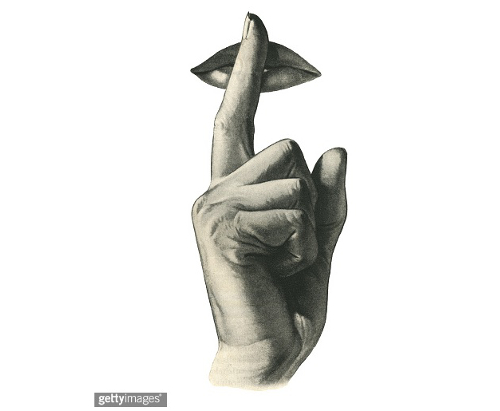 As we listen to the sound of silence from the Second Circuit I decided to do a bit of digging in the court dockets to see if I could find a plausible reason.  My first thought was perhaps the circuit is overloaded with cases, and while they are busy, it does not appear they are overwhelmed, considering these comparisons with other U.S. Circuit Courts during the time span I examined: April 25, 2016, the day the Second Circuit overturned Judge Berman’s ruling through July 5, 2016. 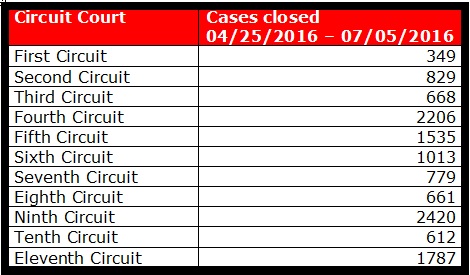 With this in mind, I decided to dig a little deeper for clues.  The Second Circuit cases were termed in a variety of ways, through opinion, summary order judgment and a number of court orders of varying types.  Forty-four opinions were issued, including United States v. Ganias, the single en banc ruling during this time span.

Based on prior statistics most legal experts cite that Brady has less than a 1 percent chance for rehearing. ESPN legal analyst Lester Munson recently stated, “During 2015, according to the Administrative Office of the U.S. Courts, losing litigants filed 280 petitions for rehearing en banc, and the court denied all of them.” Noted sports law and gaming expert, and shareholder at Becker and Poliakoff, Daniel Wallach, however, caught one that seemed to fall through the cracks.  In a June 27 Sports Law Blog article, Wallach explores the possible significance of this case in the ongoing Deflategate litigation and points to the possibility that higher courts, including the Second Circuit may be becoming more “rehearing friendly.”

Following the trail of breadcrumbs further, I decided to look for en banc petitions submitted to the Second Circuit during the time frame of focus and found that 32 such requests have been filed.  Four filed in April have been denied; the remaining 28 sit quietly on the Court’s docket awaiting response.

What does this mean?  Perhaps nothing, but as Massachusetts attorney and legal analyst Michael McCann noted in his May 23 Sports Illustrated piece, sometimes requests for rehearing can lead to split decisions among the panel, resulting in months to play out.  Still, the norm is that these petitions are typically addressed with relative haste.  As such most experts expected a decision or invitation for the NFL to file an opposition brief in four to six weeks, which have now passed.

A potential factor to be considered in the delay is that five amicus curiae briefs were filed in support of Brady’s en banc petition.  None of the remaining 28 cases seeking en banc have amicus support and still have not received a ruling.  While the court is not obligated to consider amici in their decision, it would stand to reason that these high-profile entries will be viewed and weighed.  If this is the case, then it could conceivably take time for all of the judges to read and digest the content.

So – are the remaining en banc petitions a matter of division among the panel, are the judges trying to digest Olson’s petition and the accompanying amici, or is Chief Judge Katzmann simply delaying a poll of the judges until Judges Wesley and Lynch assume senior status with the court later this summer? This is a vague but previously unconsidered possibility introduced in a July 1 analysis by Daniel Wallach:

“Perhaps one reason for the delay in the rehearing decision, as suggested by one of my Twitter followers, is that Judge Katzmann may be waiting for Judges Lynch and Wesley to assume senior status before polling the Court, knowing that they may vote against rehearing and thereby reduce the already-slim possibility of a “majority” of the active judges voting to rehear the case. I doubt that’s the reason.”

At this point we have no way of knowing for sure, but the “sound of silence” from the Second Circuit has been coming in loud and clear for the past few weeks.  There is no timetable imposed on judges for ruling; they may take as much or as little time as they want.  Is this a good thing or a bad thing for Brady?  While we can only speculate on possible reasons for silence and the eventual outcome, the delays might not be entirely bad for the star quarterback.

Patriots fans can at least take comfort in the fact that his suspension is stayed pending a court ruling, and should an en banc hearing be granted the stay will continue until the Court reaches a decision, potentially keeping him active for the entire 2016 season.  Of course, should the Court deny the request for en banc after the start of football season, or rehear and rule unfavorably, Brady’s suspension could be reinstated mid to late season should the Supreme Court decline to reinstate a stay.

But enough speculation for now. . .simply a few more facts to add to the cue as we listen to the ticking of the clock and contemplate the sound of silence.

Permanent link to this article: https://advocacyforfairnessinsports.org/archive/past-nfl-cases/deflategate-archive/sound-of-silence/