Permanent link to this article: https://advocacyforfairnessinsports.org/archive/past-nfl-cases/hall-of-fame-game-suit/ 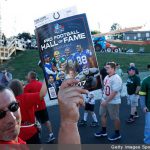 By Sheilla Dingus August 25, 2016 A festive day of excitement quickly became a day of despair for 22,000 people on August 7, when they attended an ill-fated Hall of Fame football game which could more aptly be described as non-game since the event failed to take place.  Football fans from Wisconsin, Indiana, and various … 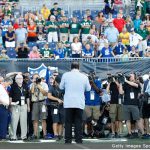