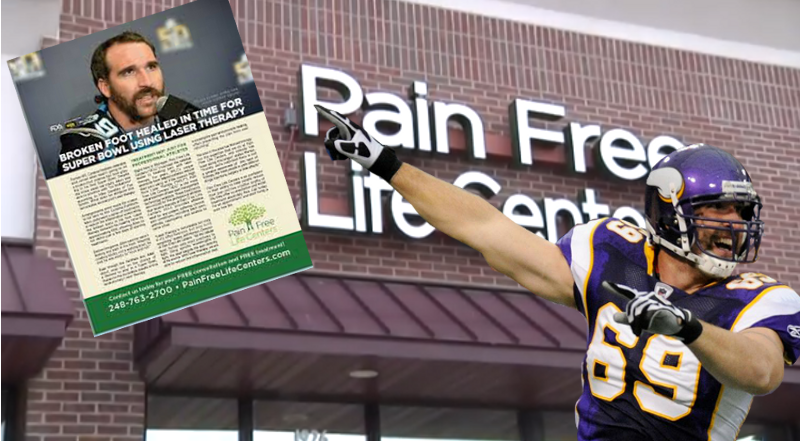 Imagine minding your own business and going about your day only to get a phone call from someone saying they saw your ad, and you learn that you’ve been displayed in full-color, glossy pages advertising a pain clinic you’ve never been to, endorsing a doctor who’s never treated or examined you, and seeing “your statements” that his treatments got you to the Super Bowl.  That’s exactly what retired NFLer Jared Allen alleges in a lawsuit filed against Pain Free Life Centers and Dr. Jeff Morton.

According to the complaint filed in the United State District Court for the Eastern District of Michigan last December: 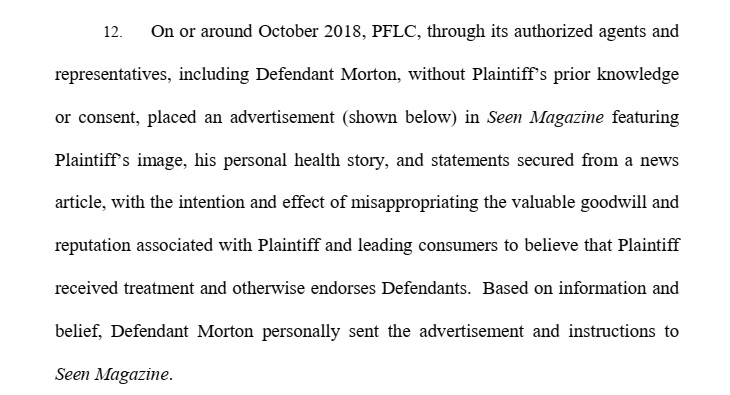 Allen, a former defensive end who played for the Vikings, Chiefs, Bears and Panthers between 2004 and 2016, and who now lives in Tennessee, got a call from a relative traveling in Michigan who picked up a copy of the local society magazine, Seen and found a full color glossy advertisement in which Allen appears to endorse Pain Free Life Center. 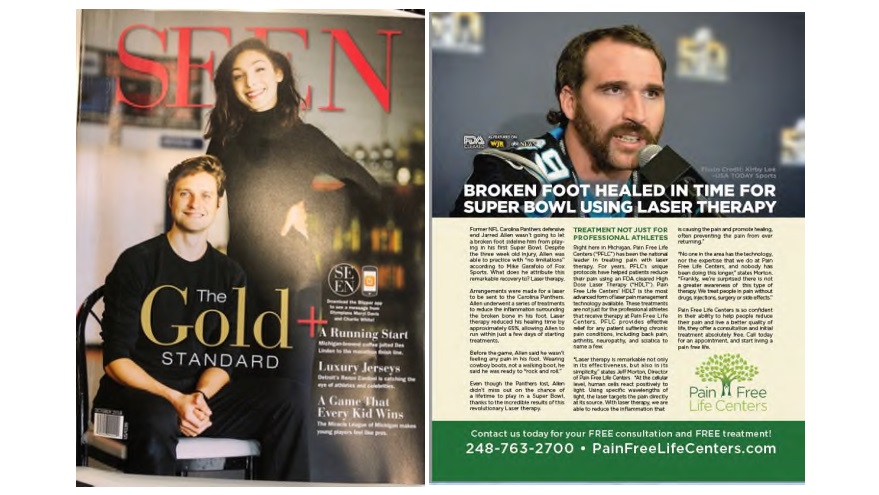 Allen promptly visited the clinic’s website and Facebook page and found himself prominently displayed there as well.

As is evident in the battle in which college athletes seek to free their own names, images, and likenesses from the grip of the NCAA, as the athletic association uses every trick imaginable to maintain their stranglehold, an athlete’s image and name is money.  It’s not at all unusual for a professional athletes’ endorsement deals to exceed his/her sports earnings, so when one’s image is misappropriated or misrepresented, it’s a serious matter.

As Allen explains in the lawsuit, he’s appeared as a guest commentator and co-host on ESPN and rights to use his NIL are managed by Optimum Sports Management, Inc.  In addition, he’s “devoted significant time and resources into protecting and maximizing his public image and goodwill with advertisers and sponsors.”  He’s also established a charitable foundation that bears his name, “Jared Allen’s Homes for Wounded Warriors,” that raises money to build and remodel handicap accessible homes for disabled military veterans returning from Iraq and Afghanistan.  As such, he values his reputation and is selective as to whom he chooses to link his name with.

In addition to the reputational and monetary concerns of the clinic’s misappropriation of his name, Allen expressed concern that members of the public would be misled by the covertly crafted endorsement in which Pain Free Life Centers attribute Allen’s recovery from an injury and return to play in the Super Bowl to their laser treatments.

Through his attorney, Andrew Pauwels, Allen accused Dr. Morton, who is the director of Pain Free Life Clinic, along with the clinic of False Endorsement, False Advertising, and Unfair Competition in violation of the Lanham Act, 15 U.S.C. § 1125, and Rights of Publicity violations of both Tennessee and Michigan state laws.

In February, the defendants responded.  Sort of.  In a series of affirmative defenses, the defendants neither admitted nor denied most of the statements in Allen’s complaint.  While they admitted that Morton was their director, confirmed their business address, and that they offer laser treatments, that was just about the limit of admissions, or even denials, for that matter.  Most of the responses read as follows: 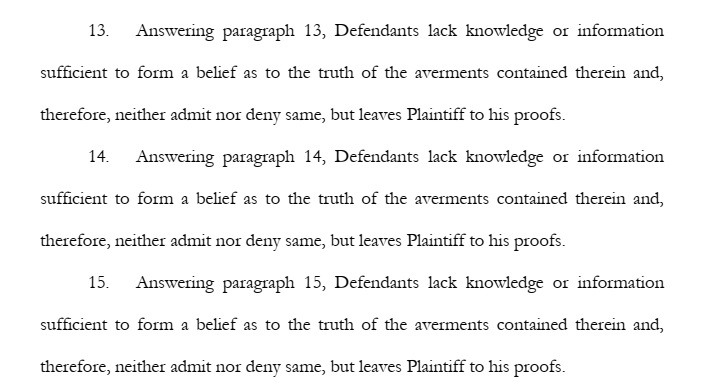 “Leaving Plaintiff to his proofs” must have been sufficient, as once discovery was ordered, a settlement followed in short order, as signified by a joint dismissal filed with the court.

Jared Allen’s experience is yet another reminder of how professional athletes are targeted for fraud, sometimes by financial advisors, or as in the case of Drew Brees, a jeweler, or even indirectly as Allen learned by finding his image, his personal health story, and statements secured from a news article misappropriated by strangers seeking to profit from his name.

Permanent link to this article: https://advocacyforfairnessinsports.org/archive/past-nfl-cases/jared-allen-v-pain-free-life-clinic/ex-nfler-settles-lawsuit-for-misappropriation-of-his-name-image-and-likeness/