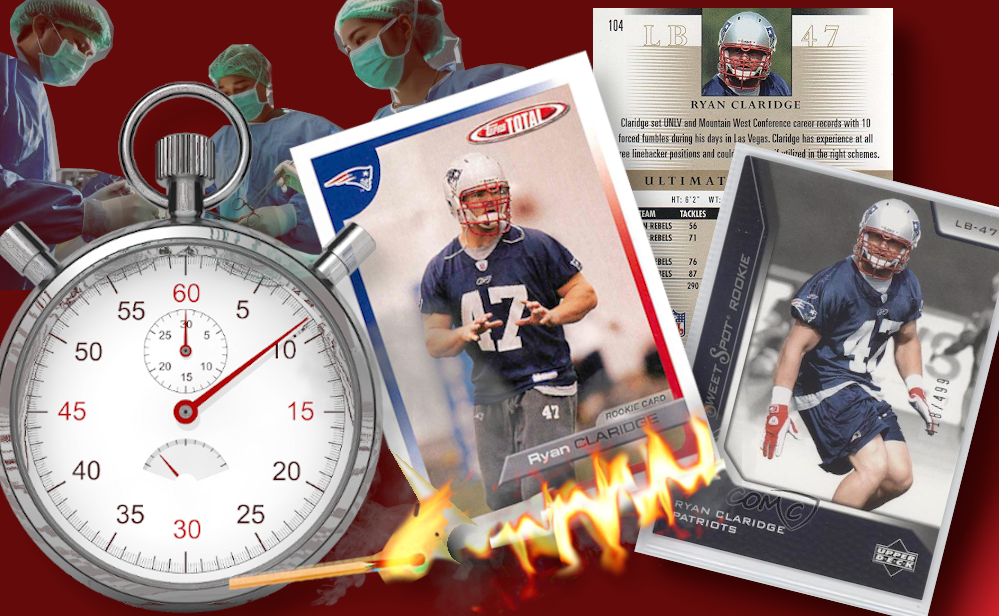 The short window of opportunity that many men and women who are skilled enough athletes to have a chance to earn a living doing so can often be overestimated. The story of former NFL player Ryan Claridge is a reminder of how fragile those situations are.

Claridge’s tale is told through a lawsuit he filed last year in federal court. The suit alleges that the makers of a device intended to help him recover from surgery and get back to his career actually played a major role in ending that career.

Claridge filed his complaint on Aug. 30, 2018, in the Nevada federal district court. The defendants were the I-Flow and Stryker Corporations, which distributed and manufactured devices designed to deliver painkiller medications directly to parts of the body the device was implanted in.

In Claridge’s case, that was his left shoulder. He injured it during New England Patriots training camp in 2005 after he was drafted by that franchise. Claridge returned to Nevada, where he had played his collegiate years, and underwent surgery to repair the injury.

After the surgery, the attending surgeon installed the device in question, the On-Q pain pump, into Claridge’s shoulder. The device was intended to infuse anesthetic drugs into the joint for the next 48 hours.

Throughout the remainder of 2005, instead of seeing the progression to normal function that Claridge expected in his recovery, his shoulder actually worsened. He saw the same physician that had performed his surgery and the results of the examination were a surprise.

The results showed extensive cartilage damage that did not exist at the time of the surgery upon Claridge’s shoulder. After another surgery to remove that decayed cartilage, another pain pump was installed in the joint.

Claridge never returned to the field for New England, as his shoulder never recovered to allow him to perform his job duties at the high level demanded. In the spring of 2018, Claridge states he became aware that the damage to his cartilage which had decimated his joint and led to a diagnosis of chondrolysis was caused by the pain pumps.

Claridge filed his suit, alleging I-Flow and Stryker were negligent to their duties to accurately inform him of the possible dangers of using the product, misrepresented the safety of its use in joints and liable for damages because of the economic losses and physical pain Claridge suffered.

After both defendants filed their motions for dismissal with the court, those motions were denied in part and granted in part. The court ruled that Claridge’s arguments that I-Flow and Stryker breached implied warranties were insufficient to create a claim upon which relief could be granted.

While Claridge’s arguments for breach of warranty relied upon his experience as the “end-user” of the product, I-Flow and Stryker argued they had no warrantable relationship with Claridge because they did not sell the product to Claridge himself. Because of that, the defendants argue, the relationship that could have implied a warranty was between Claridge’s physician and their companies. The court agreed that was the case under Nevada law.

The court did, however, leave room for Claridge to amend his allegations of fraudulent concealment, misrepresentation and negligence. It also denied the defendants’ motion to dismiss Claridge’s prayer for punitive damages.

Claridge has filed an amended complaint, focusing on the claims dismissed with prejudice. The negligence claims are fairly standard, arguing that the defendants failed to make a product that was safe for use in its intended application and to notify Claridge and his physician about the danger of using the pumps in the shoulder joint.

Claridge’s allegations of fraudulent concealment and misrepresentation are the most egregious if true. Claridge alleges that the defendants lead his physician and himself to believe that the Food & Drug Administration had approved the use of the pain pumps prior to Claridge’s usage, despite the knowledge that was not the actual case.

Whether Claridge’s demand for a jury trial will be fulfilled remains to be seen. The defendants have yet to respond to his amended complaint, and even if that proves unsuccessful for them, a settlement might preempt an actual trial as is the case in all civil litigation.

What’s clear is that there are some lessons for people embarking on careers as professional athletes. While there is a cautionary tale of being as informed as possible about medical treatments, it’s easy to understand why Claridge was willing to accept the recommendations of his attending physician in utilizing the pain pumps. Claridge likely wanted to return to the field as quickly as possible, having some awareness that being a rookie in the NFL who was physically unable to perform could shorten his career considerably.

Therein lies cause for more criticism of the current labor situation in the NFL. If NFL players’ circumstances were more secure with elements like lifetime health benefits and guaranteed contracts, players like Claridge would be less likely to try less-traditional injury recovery methods like pain pumps. These are areas the NFLPA needs to address as it negotiates a new collective bargaining agreement.

The situation also points out the precarious circumstances for American football players like Claridge at the collegiate level. Had Claridge suffered this injury while playing for UNLV instead of the Patriots, he might not only have missed out on ever beginning an NFL career but also had to rely on his own health coverage for his shoulder after he exhausted his eligibility. Governing bodies need to draft requirements for member institutions to provide lifetime coverage for injuries sustained while engaged in sport for the institutions.

This is also a reminder of how quickly things can change for professional athletes. In a matter of months, Claridge went from being drafted into the NFL by one of its most successful franchises and fighting for a roster spot to not only out of the league but saddled with a painful shoulder that has diminished function which hinders his daily life away from sport.

For high-level athletes as a group and as individuals, the time to prepare for life after sport and maximize her/his/their value through the sport is always now. Fans of such sports need to recognize that such athletes are being prudent in doing so because their circumstances can change drastically very quickly.

Permanent link to this article: https://advocacyforfairnessinsports.org/archive/past-nfl-cases/ryan-claridge-v-i-flow-corp/ryan-claridges-story-highlights-fragility-of-careers-in-professional-sports/