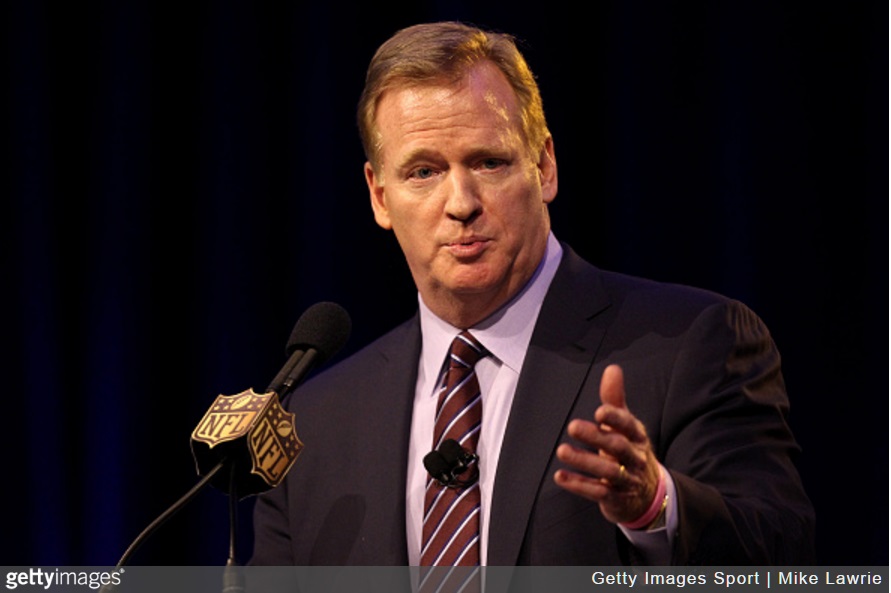 Strikes for Kids, a charity that benefits children’s and youth organizations planned a bowling event for July 12 of last year, in which twenty-five NFL players were scheduled to attend and assist in raising money for Boys and Girls Clubs of Southern Nevada.  The event was to take place at Strike Zone Bowling Center, a bowling alley that is part of the Sunset Hotel and Casino complex.  According to court documents, in late June 2015, a mere two weeks prior to the event, Joseph Allen, the founder of Strikes for Kids, was contacted by a lawyer from the NFL’s office in New York, with alleged concern that NFL players attending the Charity Event would be in violation of the NFL gambling policy.

Strikes for Kids assured the league that the bowling alley had separate access apart from the casino, and that players would not be in contact with the gambling atmosphere which seemed to concern the NFL.  Despite the assurances, however, Brook Gardiner, who represented the NFL, claimed it would be a violation for NFL players to attend the charity event if it was held at Strike Zone. According to the NFL, Strikes for Kids needed to change the venue of the Charity Event, otherwise, any players who appeared would be in violation of its gambling policy, and be subject to fines and suspensions.

Placed in a bind with little time to negotiate or make suitable arrangements, Strikes for Kids relocated the event to Brooklyn Bowl Las Vegas, a more expensive and much smaller venue located in the Linq Hotel & Casino complex. Curiously, this venue was approved by the NFL despite its ties to a casino. Due to the limited space at the NFL-approved venue, Strikes for Kids was forced to turn participants away and issue refunds, and renege on a promise of $100 gift cards to Boys and Girls Clubs participants.

While the NFL’s stance on gambling has been firm, (except in its open-armed acceptance of daily fantasy sports) this move seems puzzling in light of the fact that the NFL is considering joining the NHL in placing a team in Las Vegas.  Will investigators be trained on all players to make sure they don’t walk through the “wrong” casino?  It seems difficult to interpret the NFL’s boundaries in this regard.  New England Patriots’ Rob Gronkowski held a party cruise this past summer on a ship which boasted a full casino, however Dallas Cowboys’ quarterback Tony Romo was forced to cancel his “National Fantasy Football Convention,” which was scheduled to take place at the Sands Convention and Expo Center; ironically only a block from the Brooklyn Bowl, where the Strikes for Kids event was allowed to proceed.  Other questions one might contemplate in view of the league’s anti-gambling policies: “If daily fantasy sports are not gambling, why was Tony Romo in violation of league gambling rules,” and “If they are, why are the NFL and certain franchise owners buying in?”  Those are perhaps questions left for another day, however.

On August 3, Strikes for Kids noticed the deposition of NFL Commissioner Roger Goodell, stating that as commissioner, he is the person responsible for enforcing violations of the league’s gambling policy, but the NFL responded by filing a protective order to shield Commissioner Goodell.  This was the first in a series of maneuvers on the part of the league to delay the case and avoid deposition.

Per court documents, the NFL pushed Strikes for Kids to agree to allow it to respond to the motion to compel Goodell’s deposition until Jan. 3 despite the end of the discovery period on Dec. 28, 2016, because of the holiday schedule.  Then, just prior to the hearing, the NFL successfully filed a motion to have the case removed from Dallas County Court, and heard in federal court instead.   The case was scheduled to go to trial next month.

Calling the NFL’s timing “suspect at best,” the emergency motion filed by Strikes for Kids legal counsel, Julie Pettit says, “It is now apparent that counsel for the NFL sought to delay a hearing on the motion to compel to buy more time to draft and file its notice of removal that would prevent a hearing from ever occurring.”

As of this date, the Fifth Circuit District Court has not responded on whether or not to remand the case back to the county.  The NFL has been historically successful in avoiding discovery and deposition; however the Ninth Circuit recently ruled that a deposition of Cowboys owner Jerry Jones will proceed in a painkiller lawsuit after the conclusion of the football season.  Should the court rule in favor of the Plaintiff in this case, the commissioner’s testimony should prove interesting to say the least.

Permanent link to this article: https://advocacyforfairnessinsports.org/archive/past-nfl-cases/strikes-for-kids-v-nfl/sfk1/