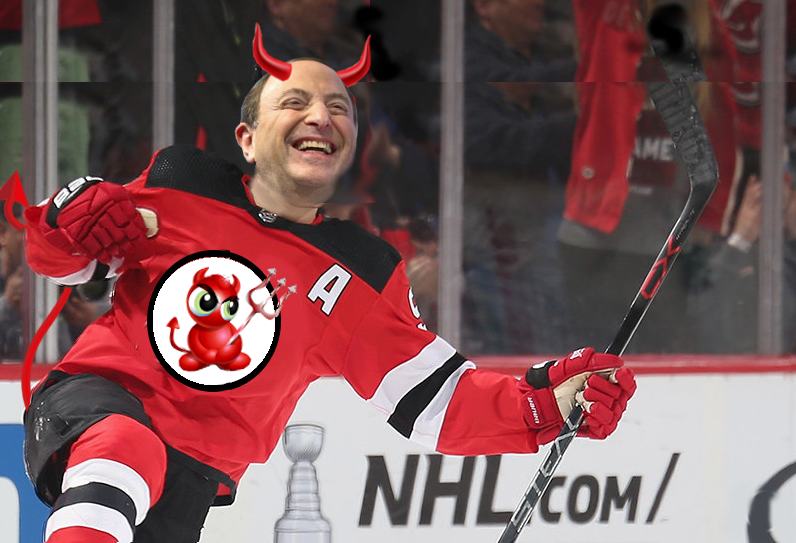 The few former NHL players who have not settled with the NHL and are continuing to fight for relief are now part of an amended class action complaint in the United States’ northern Minn. district. The NHL filed a rebuttal to the claims made by the class with the court on June 17. Among them are the same tactics of denial the league has employed for years but the statements made by the NHL in the answer are accompanied by moves that are even bolder.

Despite those facts, the NHL seems eager to have the individual claims of those settlement holdouts remanded to the original jurisdictions. The NHL has filed a motion with the court to either dismiss the claims made by Andre Deveaux or remand them to the southern district of New York. The claims made by Mike Peluso may end up in the same district as well.

This move is a show of confidence by the NHL. If the cases aren’t dismissed and do go to trial in their appropriate venues, the NHL obviously believes it can win. For those wins, it will likely rely upon the same arguments made in its latest filing.

Among the 23 statements of defense made by the NHL, there are some vile and scientifically erroneous assertions. Among the most egregious are the eighth, ninth and 10th defenses. In those statements, the NHL is arguing that if the plaintiffs are indeed suffering from symptoms of brain injuries, and the parties responsible for sustaining those injuries are the plaintiffs themselves.

These statements made by the NHL show its intent to avoid liability for any claims made by the plaintiffs. The motions to dismiss or remand, however, could be seen as the NHL taking a “victory lap.”

In getting most of the class to accept its settlement offer, the NHL absolved itself from any future litigation involving those former players in perpetuity. Toward those few who opted not to take the NHL’s league-friendly offer, the NHL’s resolve to fight and win each of the cases seems like a punitive measure.

If the plaintiffs continue with their complaints and lose, not only will they be left without any compensation from the NHL but would be liable to pay court costs and be on the hook to cover the NHL’s attorney fees as well. In essence, the NHL is saying because you didn’t accept our offer, we’re going to use our superior resources to make you pay for continuing to sully our “good name.”

The plaintiffs are certainly at a competitive disadvantage in this matter. At least two of the plaintiffs are already without counsel and it’s possible a third may have lost his representation as well.

While former NHL players like Daniel Carcillo struggle with simple daily tasks and to pay medical bills resulting from their injuries sustained while playing games that NHL made billions off of, the NHL is upping its response from outlandishly denying that CTE exists to giving the few settlement holdouts a choice of either dropping their claims or risking having to pay the NHL’s attorney fees. The NHL is taking its time in gloating.

Editor’s note:  Kudos to the law firms of Corboy and Demetrio and Zimmerman Reed for their continued representation of the Montador estate, Daniel Carcillo and Nick Boynton, and in accepting widow Kelli Ewen as a client and filing her lawsuit against the NHL, especially in view of settlement provisions that discourage and attempt to hinder further representation of plaintiffs against the league.  As Derek noted, it’s a huge risk for these firms who are working on a contingency fee basis which means they’re sinking their own funds into the NHL’s scorched earth litigation and should they lose, will be on the hook for all costs incurred while receiving no compensation.

On the positive side, I feel the Montador case is especially strong and is expected to go to trial first, hopefully setting a favorable precedent for the other remaining lawsuits.  Here’s wishing the players, families, and firms pursuing justice against the NHL much success.

Even if the NHL loses all the cases with an average jury award of $20 million per plaintiff, it still makes out like a bandit, and that’s probably one reason they’re anxious to get all the litigation wrapped up.  That’s why I’m always furious when courts diminish punitive damages awarded by juries. Corporate defendants like the NHL need to feel some serious consequence to harming others in their quest for greater and greater profits.  Let’s hope for some real justice is done as these cases go to trial. ~ Sheilla

For a preview of the legal arguments in these lawsuits, please revisit our article written shortly after class certification was denied.

Permanent link to this article: https://advocacyforfairnessinsports.org/archive/past-nhl-cases/nhl-concussion-injury-litigation/nhl-taking-victory-lap-while-concussion-settlement-holdouts-struggle/