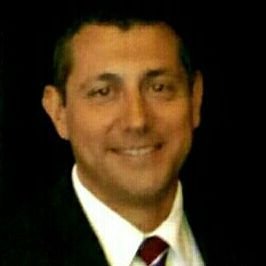 Ivan F. Soto was born and raised in the Cleveland, Ohio area. A first generation American, Ivan graduated high school in 1988 and after that met with recruiters from the US Marines to consider a career in the military. He enlisted in early 1990. Upon graduating boot camp from Paris Island, SC with honors he was sent to Ft. Lee, VA for training. Ivan was stationed at Camp Lejeune, NC in August of 1990 and within months was informed that his unit would be deployed to the Middle East in preparation for the looming Gulf War conflict. Ivan spent time in Saudi Arabia, Kuwait and various Middle Eastern locations from late 1990 to the middle of 1991 when he finally returned stateside to the USA. During 1991, Ivan met his wife Stephanie and in late 1992 they were married in Jacksonville, NC. Ivan sustained a knee injury in the Marines during 1993 that prevented him from playing soccer and required surgery so he turned to coaching his Battalion soccer team and after great success, Ivan was provided a Meritorious Unit Citation for his management and coaching of the team. He and Stephanie relocated back to Ohio where they eventually planted roots in Columbus, Ohio. Upon obtaining multiple licenses he began operating his financial services business in 1994 which was comprised of Insurance, Investments, Mortgages, Real Estate, Taxes. Ivan was very successful in protecting, growing and representing clients across his business units. Providing complex solutions to unique and diverse clients he eventually became acquainted with a few Professional NFL players that asked for his assistance during 2011. During the time he was assisting those NFL players and in 2012 he was introduced to players in the Arena Football League. Shortly thereafter Ivan became interim Executive Director of the AFLPU to assist them in obtaining a Collective Bargaining Agreement. Serving selflessly without compensation during 2012 he and the Union were able to execute an increased multi-million dollar 5yr CBA with the AFL in late 2012. Subsequently, he also was able to obtain direct affiliation with the AFL-CIO as well as a 3yr CBA with AFL China to protect players that may elect to play Arena Football in China. During 2017/2018 Director Soto lead the negotiation team to a new historic 4 year collective bargaining agreement. Director Soto was responsible for negotiations, player representation at the NLRB and in Arbitration matters. Soto gained a deep level of labor-management bargaining experience during his over 7 years of service to the Union. Ivan and Stephanie have been happily married for over 26 years and were blessed with 3 children, Savannah (23), Ivan C. (18) and Maxwell (14). Ivan has played, coached and trained soccer players of all ages and gender during the past 20+ years including coaching the Ohio State University Men Club Soccer They relocated to the Charlotte, NC area in late 2011. They enjoy the great NC weather, going to the NC coastal beaches and the ever-growing diversity of people that choose to make Charlotte their home.

Sometimes the Best Move is No Move 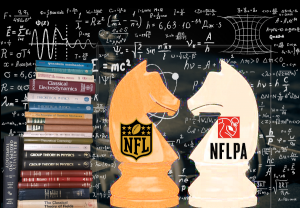 Permanent link to this article: https://advocacyforfairnessinsports.org/2020/02/27/sometimes-the-best-move-is-no-move/ 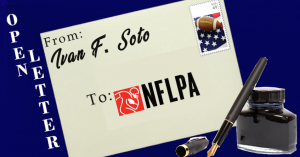 Permanent link to this article: https://advocacyforfairnessinsports.org/2020/02/24/open-letter-to-nflpa-from-ivan-f-soto-executive-director-aflpu/