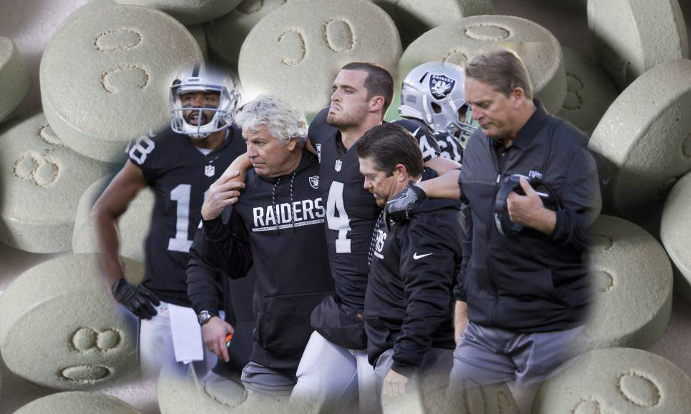 On February 3, Judge William Alsup ruled on a Motion to Dismiss filed by the member clubs of the NFL, granting in part and denying in part, thus allowing a proposed class-action painkiller suit filed by retired NFL players to move forward.  The lawsuit, one of two currently in the Ninth Circuit, claims that the NFL and its member clubs created a “return to play” culture that placed players at greater risk of permanent injury and potential organ damage by administering high dosages of pain medications over a prolonged period of time without issuing any warning of adverse effects.

As I reported in a previous article, while one lawsuit awaits a decision from a three-judge appellate panel, after having been batted down by Judge Alsup because he feels the National Football League is not the correct party, an amended complaint in a lawsuit against the NFL team franchises was filed to correct possible deficiencies in other litigation.

In the amended complaint, the players filed RICO (racketeering) charges against the NFL’s member clubs along with conspiracy allegations.  In a January 26 hearing Alsup seemed poised to grant the Clubs’ motion, but on Friday, he tossed the RICO and conspiracy claims but ruled that sufficient evidence has been presented against certain teams, namely the Lions, Raiders, Broncos, Packers, Seahawks, Dolphins, Chargers, and Vikings, and will allow the case to proceed against these teams as well as giving leave to Plaintiffs to amend the complaint with specific allegations against the other member Clubs.  In addition to this, he will also allow them another shot to demonstrate a conspiracy among the franchises.

While a shared culture and interest in keeping players on the field is difficult to dispute, lack of a formal “agreement” in this regard appears to be at the root of Judge Alsup’s denial of conspiracy allegations.  Alsup says that there “may be a good citizen” among the franchises and has informed Plaintiffs’ counsel that he must see specific particularities against each team named in the lawsuit.  Allegations against the teams named above are as follows:

In the order, Judge Alsup wrote, “The foregoing specific allegations indicate that the Lions, Raiders, Broncos, Packers, Seahawks, Dolphins, Chargers, and Vikings drove certain plaintiffs to return to play at the cost of their health or safety, contrary to the clubs’ representations that they would prioritize the latter. The amended complaint, therefore, must plead claims of intentional misrepresentation and concealment as to those specific clubs and plaintiffs with similar particularity.

At the hearing on January 26, Phillip J. Closius, lead attorney for the players told Judge Alsup that he had only conducted two player depositions when the amended complaint was filed but as of the hearing date he has gathered an additional twenty.  He also stated that he was approximate three-quarters of the way through documents that had obtained through discovery.

One of these was an email chain originating with an Atlanta Falcons trainer, which included many high-ranking Falcons employees all the way up to owner Arthur Blank and centered on concern regarding a “culture of dependency” on painkillers; one which Blank seemed to agree was “excessive.”   The emails also revealed that the Falcons spend an average of $30,000 per year and as much as $81,000 in 2009 on painkillers.  I’d expect more news of this nature to surface in the near future as discovery proceeds and more information is revealed.

In November Judge Alsup approved deposition of Cowboys owner Jerry Jones, to take place at the end of the football season, so if this deposition has not been done, it is likely to occur in the near future.  Deposition of former Chargers’ doctor David Chao was ordered to take place on February 6; and following the deposition, a hearing to address “any remaining issues” was also scheduled to take place.

Plaintiffs’ counsel did not immediately respond for request for comment regarding the Feb. 6 deposition and hearing. Should this change, I will be posting an update.

For more detailed information about this and another painkiller lawsuit, please check out my three-part series:

Part I: Painkiller Lawsuits: Un-Tangling the NFL’s Web of Secrecy