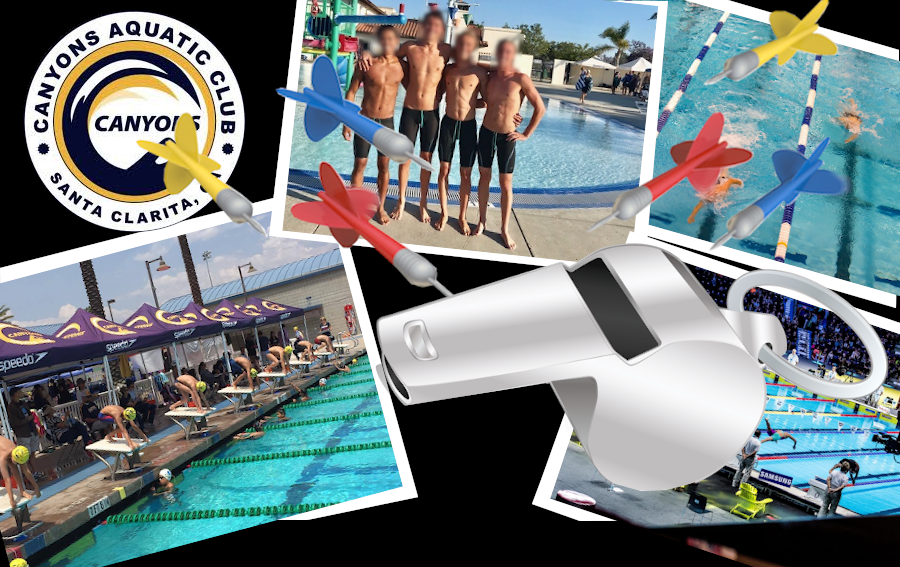 Swimming coach David Kuck recently filed his suit in the Los Angeles Superior Court against his former employer, Canyons Aquatic Club. He also listed 20 Does as defendants because he is uncertain of the individuals’ legal names.

Kuck alleges he was retaliated against for reporting a member of the swim team coaching staff for abuse and the board of the club for financial irregularities. That retaliation led up to the termination of not only himself but his wife as well, the suit states.

Kuck also argues he was denied bonuses and health insurance due in his contract with the club and demands a jury trial. Thus far no hearings have been scheduled.

After the board’s president chose to issue Anderson a warning, Kuck spoke to more families involved in the club and individuals who held his position in the past. That led to many similar experiences, including a report that Anderson had assisted a young male swimmer in changing into his performance attire, surfacing. Allegations also included Anderson’s arranging for a camping trip with young males in the club and that inappropriate contact between Anderson and one of the boys occurred during that trip.

Because of the mounting problems, Kuck sought assistance. He contacted Southern California Swimming, an affiliate of USA Swimming. He was then directed to SafeSport, a non-profit agency that works to end athlete abuse. SafeSport assisted Kuck in preparing written statements.

In the course of that process, Kuck discovered that USA Swimming was aware of allegations against Anderson but took no action on them because the reports came from anonymous sources. In mid-Dec. 2017, SafeSport contacted the Santa Clarita Sheriff’s Office with its findings. Kuck informed the board of his intent to terminate Anderson and the board gave its tempered consent.

The board refused to accompany Kuck in meeting with Anderson for several days until one member relented and was with Kuck when he terminated Anderson. Kuck states he was advised by the board to wait until after Christmas to not appear heartless.

Shortly after the New Year, SafeSport informed the Canyons Aquatic Club board that USA Swimming had opened an investigation into Anderson. The board advised Kuck not to speak to the reasons for Anderson’s termination, out of fear of attracting lawsuits and encouraging other victims to come forward. In April of 2018, local police began an investigation into Anderson’s relationships with young males on the swim team. That resulted in the Los Angeles County District Attorney filing criminal charges against Anderson in January 2019.

While this was ongoing, Kuck had also brought to the attention of the board several discrepancies, some as large as $55,000, between the club’s financial records and bank statements. Again, Kuck’s actions were ignored. Kuck was also denied contractual bonuses he was due for 2017 and 2018, then the club stopped paying for Kuck’s health insurance premiums in 2019, despite no contractual alteration allowing for that change.

In July of 2019, the club suddenly terminated Kuck without payment for his final wage period or satisfying other clauses in the employment contract that were still in effect.

Kuck alleges that his termination was in violation of the California Labor Code, which prohibits retaliation for an employees’ report of an unlawful act. His prayer for relief includes the wages he is owed and damages for the detriment to his career.

While Kuck should have his day in court, the damage to the boys and young men Anderson did while the board incomprehensibly protected him can never be undone by any award any jury would grant. Anderson, now deceased, wasn’t the only guilty party in his abuse. Every member of the Canyons Aquatic Club who shielded Anderson from scrutiny is equally responsible for the developmental difficulties, emotional anguish and mental strife those athletes will likely face now and throughout their lives going forward. It’s a tragic irony that the board saw firing Anderson prior to Christmas as more heartless than allowing Anderson to carry on his abuse of athletes.

There is no federal or California law that precludes USA Swimming from investigating a report of abuse against an athlete simply because that report was made anonymously. USA Swimming also bears guilt. The option to make such reports anonymously exists because of fear of the very retaliatory behavior the Canyon Aquatic Club board exhibited.

The financial aspect of the board’s misdeeds shouldn’t be overlooked either. The reports of embezzlement from amateur/youth sports programs continue to mount as time passes. Often these scenarios arise from a culture exactly like that which Kuck describes in his lawsuit, one in which a group of adults responsible for governance are all in on the scheme and willing to do anything to protect the members of the group.

If Kuck’s allegations prove true, they are grim reminders that while sports can be of tremendous benefit to young athletes in many ways, there are risks associated as well. The inevitable juvenile squabbles over playing time or opportunity at events between the athletes should be all coaches like Kuck have to deal with.

Good governance employs several safeguards against situations like these, such as hiring a CPA with no access to funds to oversee the books and giving parents an avenue to address concerns with an unaffiliated party as well. SafeSport is a tremendous option in that interest.

As the power to do harm through youth sports exists in the hands of involved adults, so does the power to make it an enriching experience for the athletes. Kuck’s lawsuit shows what occurs when adults seek to selfishly benefit from adolescents and children rather than provide benefits for the same.