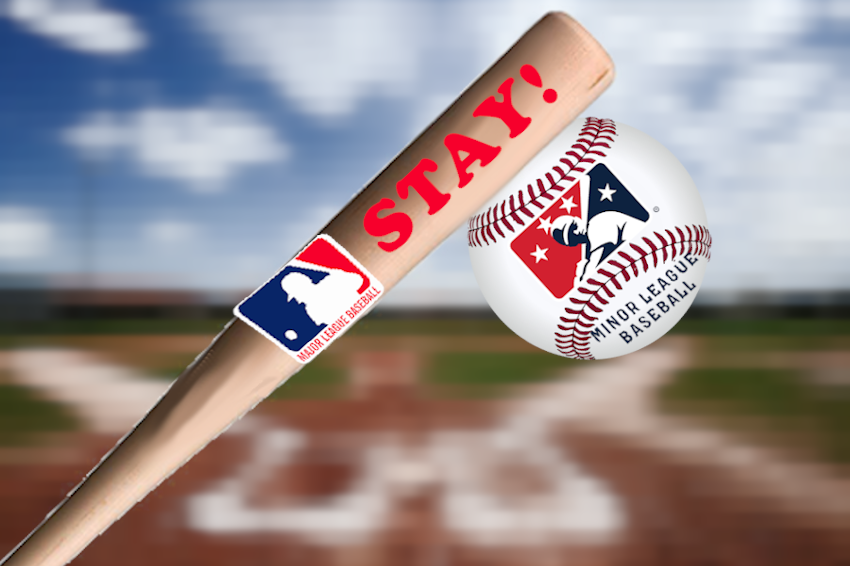 Washington, D.C. has been one of the friendliest places for Major League Baseball’s interest and that has nothing to do with the fact that the current World Series champion calls the District home. It’s because the highest levels of the federal government in the United States call that place home. MLB wants to envoke that spirit of charity to protect its almighty leverage once again.

On Thursday, MLB asked the 9th Circuit Court of Appeals to stay a ruling made by a three-member panel of the same court that upheld a lower court’s ruling to certify a class of former minor-league baseball players. The class – which could number thousands of such athletes from Arizona, California and Florida – holds that MLB, MiLB and its member franchises were in violation of the Fair Labor Standards Act by paying them less than the federal minimum wage and failing to pay overtime wages as well.

The 9th recently denied MLB’s ask for a review of the panel’s decision by the full court, leaving MLB with no recourse other than to appeal that ruling to the Supreme Court of the United States. Its petition for a stay argues that the Court is likely to take up the case because the panel’s decision conflicts with rulings from other federal courts on similar concepts. MLB also stated that it expects a decision from the Court on whether it will review the 9th’s ruling “within a few months.”

MLB’s argument extends to say if the 9th allows the panel’s decision to take immediate effect, it will have to begin preparing its defense now. If the Supremes later decide to take up its appeal, those resources will be wasted. For examples of precedent that conflicts with the panel’s decision, MLB identified two federal court cases: Ferreras v. American Airlines Inc. and Wal-Mart v. Dukes.

In Ferreras last December the 3rd Circuit denied class certification of airport workers. The point of contention was whether timeclock rings were sufficient to substantiate uniformity of working conditions necessary to certify the class. In the 9th’s decision in the case MLB is currently engaged in, Senne v. MLB, the majority opinion held that records showing when players arrived at and left the ballparks were sufficient data upon which to similarize the workers in disparate states. MLB’s next argument also involves records of players’ arrivals and departures but has more to do with the usage of that data.

The 9th’s panel held that the raw data was sufficient to substantiate the plaintiffs’ case and that no further analysis of that information was necessary. MLB says that Dukes is relevant because in 2011 the Supreme Court ruled that such raw data was not enough to certify a class of workers without attached expert analysis and testimony. MLB’s stance is that players are not necessarily “working” the entire time they are at the ballpark and that some players arrive before their mandated start times or stay after they are released to perform additional, voluntary practice.

As with many arguments that professional sports leagues like MLB make, the context of reality quickly eviscerates MLB’s arguments. The reality is MLB would have to essentially wage a “war on two fronts” regardless of whether or not it gets the stay.

If the 9th grants the stay, MLB will immediately focus on its appeal of the class certification to the Supreme Court while simultaneously preparing for the possible failure of its petition for review. The idea that until the Supremes make a decision on whether or not it will take up the case MLB would ignore the possibility of defending against the complaint at the 9th or negotiating a settlement with the class is preposterous. Additionally, if MLB’s concern is truly wasted resources spent on preparing a defense against the complaint before the 9th, then that should simply be a motivation to reach a settlement with the plaintiffs. Successful negotiation on that front would eliminate the need for any SCOTUS involvement and all the costs MLB might incur if the Supremes heard the case and found for the plaintiffs. MLB could save itself future costs by accepting the class certification and beginning settlement negotiations right now. Just as with its lobbying Congress for an FLSA exemption for minor-league players, MLB isn’t concerned about spending money. It’s concerned with losing power it currently holds to a group of workers.

A settlement agreement in this case, even with a class of thousands of players, would be far from a bank-breaker for MLB. It might actually break even in comparison to what MLB would potentially spend in litigating the case all the way through, especially if MLB ends up on the hook for plaintiffs’ attorney costs. The track record of professional sports leagues in these cases is nearly perfect. From the NFL and NHL concussion settlements to the Los Angeles Rams’ dispute with former personal seat license holders in St. Louis, the history of these situations show not only that the vast majority of class members agree to settlement terms but that those terms are very friendly to the leagues. Yet despite those potential benefits, MLB is determined to spend whatever it takes to protect its position of unchallenged autonomy regarding labor disputes. In that interest, MLB is going back to the source.

Washington, D.C. is where MLB was granted that power. The Supreme Court is where it got its antitrust exemption nearly a century ago. Congress gave MLB its FLSA exemption for minor-league players in 2018. The current federal Department of Justice has a strong track record of being very pro-corporate and lax in enforcing labor laws in ways that would benefit workers, so it wouldn’t be out of the realm of possibility for the United States to file an amicus brief on MLB’s behalf if the Supreme Court were to hear the case. MLB isn’t concerned with wasted resources because it is wasting resources right now by refusing to set up a negotiating table. MLB would rather fight to the bitter end, regardless of the cost, to avoid recognizing even a shadow of minor-league players’ place to barter for money as a group. The request for a stay isn’t about whether or not MLB strikes out in its pitch to the Supreme Court. It’s about defeating even the slightest challenge to its sole authority to determine those strikes.

Permanent link to this article: https://advocacyforfairnessinsports.org/current-litigation/minor-league-baseball-minimum-wage-lawsut/mlb-takes-a-swing-at-supreme-court-review-of-minor-league-players-class-certification/