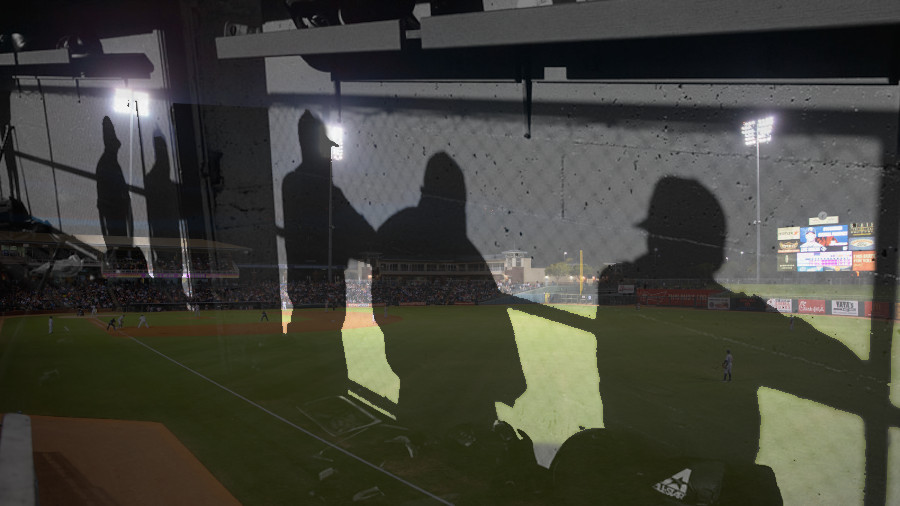 Possible dramatic reform of the developmental leagues for professional baseball in North America is an issue on many fronts. For athletes, it’s a huge labor issue. Unfortunately for most minor-league baseball players, their ability to affect the decisions made by the disparate leagues they play in under the umbrella of minor league baseball is minimal. The MLBPA does not include them and so far all efforts to unionize players in the minor leagues have failed. Because of that, players like Aaron Senne have sought better working conditions through the courts instead of labor negotiations. A recent development on that front is reminiscent of a memorable moment from a popular television show.

On November 10, 2008, the American version of “The Office” television show aired an episode entitled, “The Chair Model.” Accountant Kevin Malone, portrayed by Brian Baumgartner, fights to get back the parking spaces taken by other companies that shared the building with Malone’s firm during the episode. After achieving his goal, Malone shared a line beloved by fans of the show.

“After Stacy left, things did not go well for a while. And, and it was hard to see… It’s just nice to win one.”

Just before the calendar turned over to 2020, the 9th Circuit Court of Appeals denied MLB’s petition for the full court to review a three-member panel’s decision to certify a nationwide class of minor league players in Senne’s complaint. That panel decision affirmed a lower court ruling certifying the class under the Fair Labor Standards Act.

Hearkening to Malone’s line, this is a rare win for athletes amidst a string of defeats in similar situations. Getting a nationwide class certified, especially in professional sports, is a challenge. This case involving minor-league players presented all the classic difficulties.

MiLB is for the several leagues that compete in the various levels of professional baseball like MLB is for its franchises. While MiLB provides some rules that leagues must adhere to in order to remain part of affiliated baseball, there is a good degree of autonomy each league enjoys as well. An example of this is the Atlantic League experimenting with rule changes last season. Many of these leagues have teams in several different US states. That means those leagues often have to comply with varying state laws on a variety of matters pertinent to their businesses, including labor.

For athletes, the situation can be even more complicated. They might play for multiple different teams within a year’s time because of demotions/promotions within an MLB franchise’s affiliate system and/or trades from one team’s system to another’s. Because of that, the athletes could be subject to varying state laws governing employment during their time in the minors.

It was these facets of minor-league life that MLB argued precluded it from applying a uniform solution to the issues raised in Senne’s complaint, and because of that, barred players from Arizona, California and Florida joining the complaint as a unified class. That argument has now struck out unless MLB appeals to the US Supreme Court. Barring that, what’s at stake now is what could amount to millions of dollars in damages.

If this case actually sees trial, which would likely be the result of attorneys for both parties failing to reach a settlement framework, MLB’s strategy will likely mirror their successful lobbying of Congress for a codified FLSA exclusion. MLB would argue that minor-league players are not employees but rather seasonal apprentices who are exempt from federal minimum wage and overtime laws. The onus will be on the plaintiffs to convince the court that the circumstances of their relationship with MLB contain enough tenets of an employee-employer relationship t0 substantiate such a label and within that framework, they were denied compensation due them.

The members of the class could now number in the thousands, so expect MLB to do all it can to settle. Not only would MLB risk having to pay out much more in damages to plaintiffs by way of a jury award but there is a high probability that evidence unearthed in the trial could reflect poorly on MLB in the court of public opinion as well. In the midst of the Brandon Taubman fiasco, sign-stealing and the poor public reaction to MLB’s intentions to effectively retract the minor leagues, that’s the last thing MLB wants right now. While there is a chance that MLB might win the trial and leave the plaintiffs with nothing but now being on the hook for MLB’s expensive attorney fees, MLB might not consider it a friendly risk/reward scenario.

Fans should note that even if a massive settlement is reached that all the class members opt in to, that wouldn’t change the current status quo for MiLB players. Since the 2018 federal budget included what was formerly called the “Save America’s Pasttime Act,” which codified an exemption to FLSA for minor-league players, the federal government considers them to be migrant workers and not full-fledged employees. Players who entered the system after that important legal change are not eligible to join this class and even those who were in the minor leagues would only be able to seek damages for the work performed prior to the exemption.

That doesn’t mean there is no recourse for players who began their careers in the minors after the “cut-off date” or who will do so in the future. As previously mentioned, minor-league franchises are subject to state and even local laws along with federal. Admittedly, however, the opportunities to bring complaints that could affect significant change on that level are far less ripe. There are just three leagues whose teams all reside in the same states. Within those narrower confines, the opportunities are real and risky. Losing a trial connected to such a complaint might effectively codify an exemption to local and state labor laws where none currently exists. On the other hand, the only other course of action to force MiLB leagues and teams to improve working conditions is collective bargaining.

Organizing labor among minor-leaguers proves difficult because of the tenuous nature of their employment in that structure. Teams are likely to cut any player who attempts to organize even just his teammates, much less all the players in a certain league. It’s a tragic “Catch 22” for minor-league players. They likely won’t ever see better working conditions unless they organize but any attempt to organize will likely result in them losing the employment they have now.

All these circumstances make the 9th’s decision to not review the panel’s ruling a victory. It isn’t going to change the system but it opens the door for potentially thousands of athletes to receive a more equitable share of the value their labor created years ago. In the constant fight of labor against capital in professional sports, it’s just nice to win one.

Permanent link to this article: https://advocacyforfairnessinsports.org/current-litigation/minor-league-baseball-minimum-wage-lawsut/the-9th-circuit-just-gave-professional-athletes-a-rare-labor-win/