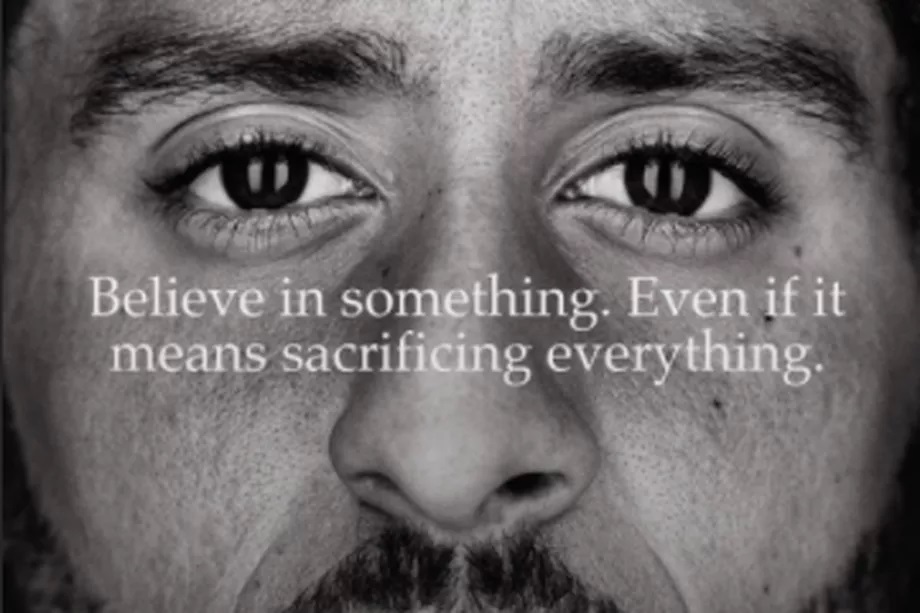 In a document filed by Avenatti’s attorney, Scott A. Srebnick seeking to compel testimony by attorney Mark Geragos, who represented Colin Kaepernick in his grievance against the NFL, he states that Geragos also procured a settlement for Kaepernick with Nike.  This would appear to align with Kaepernick’s major endorsement deal as the face of the #JustDoIt campaign.  The campaign, which has been extremely successful for Nike, painting them in a favorable social justice position, appears to have been motivated by more than “believing in something, even if it means sacrificing everything.”  Based on the phrasing in Srebnick’s brief, an endorsement deal settlement would make more sense than simply a monetary award for two reasons.

First—why would Nike suddenly decide to make Kaepernick the face of their biggest campaign after he’d just received millions from them in a settlement of some kind?

And second, and most importantly, why would Mark Geragos, receive ROYALTIES from a typical lawsuit settlement?  Where would the royalties come from if not an endorsement deal?  Had this not been the case, Srebnick would have likely said “attorney fees” instead of “royalties.”

The document tells a much different story than the government’s case against Avenatti, not the least of which was Geragos alleged cordial relationship with Nike’s inside counsel and the lead role he is alleged to have taken when attempting to negotiate a settlement with Nike on behalf of Avenatti’s client, Coach Gary Franklin.

It’s quite interesting to note the various relationships between the parties connected both directly and indirectly through association in the alleged extortion case. 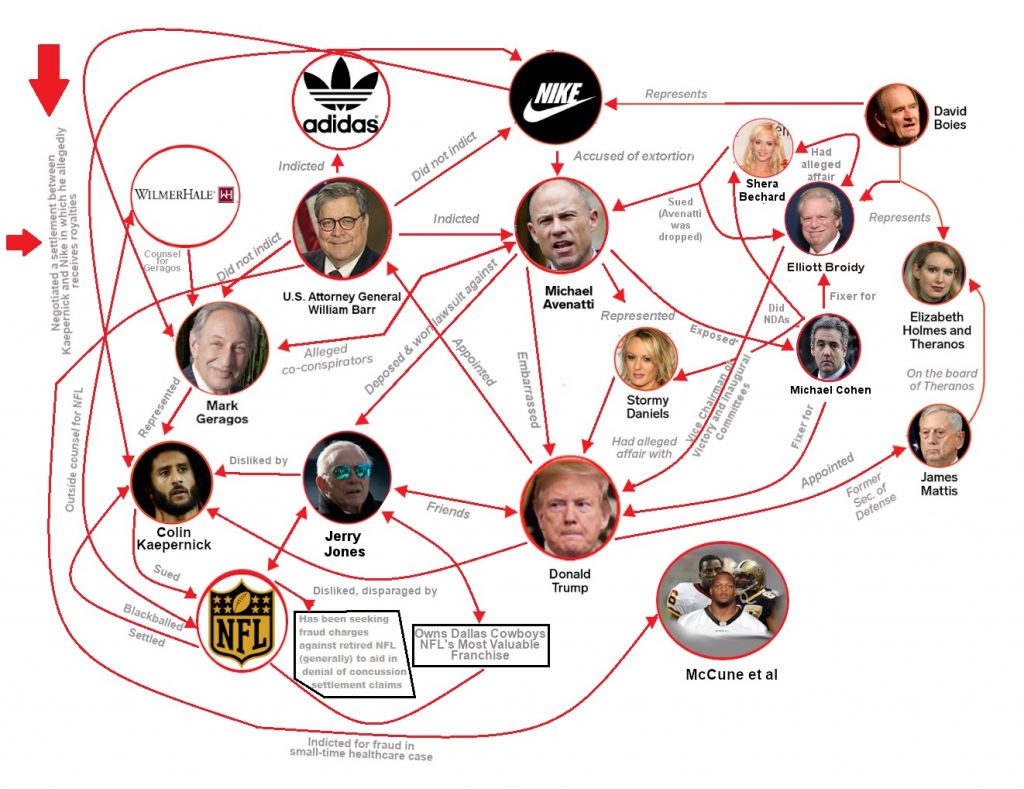 Update January 19, 2020: A national reporter informed me that he contacted Kaepernick’s marketing agent to follow up on the allegations reported in my story.  The agent said, “What Avenatti alleges is a complete mischaracterization.”  The reporter recalled that a long time ago the marketing agent told him that Geragos had nothing to do with the Nike deal but was claiming credit for it.  It’s possible that Geragos mischaracterized his role to Avenatti, or it’s also possible that a non-disclosure agreement prohibits anyone from divulging details of any settlement.  Whatever happened, it seemed to work out very well for all involved. We’ll likely never know the complete truth unless Geragos is compelled to testify.

The brief embedded below makes for some interesting reading.  Perhaps more pieces of the puzzle will surface as the trial date approaches.

Permanent link to this article: https://advocacyforfairnessinsports.org/current-litigation/miscellaneous-case-updates/avenatti-case-alleges-settlement-between-nike-and-kaepernick/