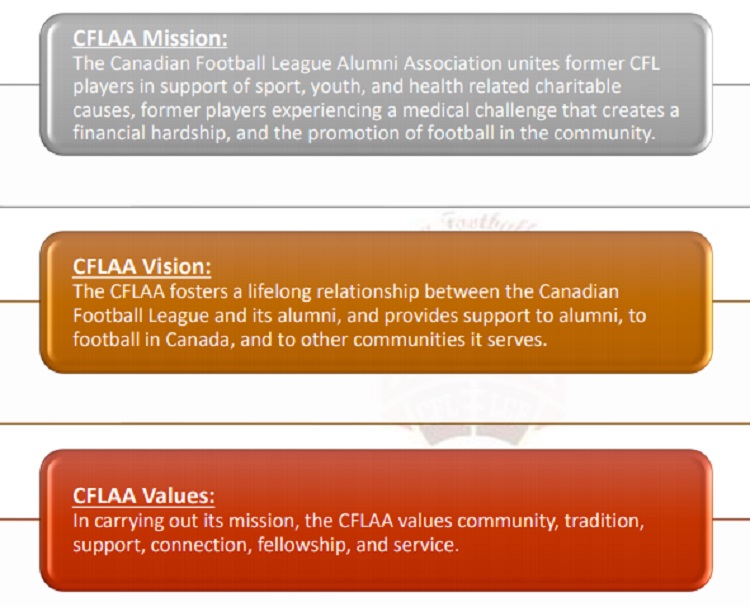 As promotion of the sport of football seems to dominate, I see and hear almost every day the reality some former players endure.

Over the weekend, I received an email from a former player who is isolated, depressed, suffering multiple neurological deficits and feels, “broke, forgotten,” abandoned: 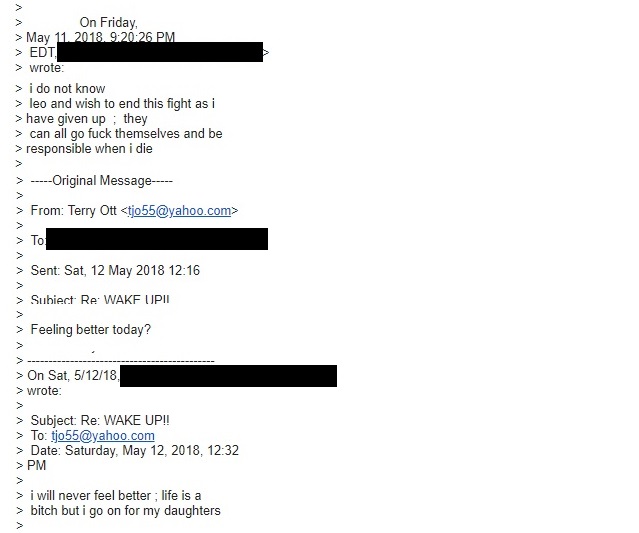 It would seem the Alumni Associations should be a valuable resource to guys in this unenviable state, so I undertook some investigation which uncovered some rather unsettling information.

But, let’s start at the beginning of this long and winding road: In 2009, the Canadian Football League posted an announcement on their web site, proclaiming a new age of care and comfort for former CFL players through a national alumni association with Leo Ezerins at the director’s helm. It was also reported by Football Canada.

In the CFL press release, Ezerins, who was a dominant, take no prisoners linebacker in the 80s and CFL Hall of Fame member, waxed broadly, expansively, on the mission statement of the new monolithic CFLAA:

“Wherever and whenever we played the great game of Canadian football, we belong to the same extended family. Our goal is to strengthen that family, so we are there for one another, there for the game we love and the league we helped to build, and there for the greater community.”

Very soaring and hopeful words. Have they been close to realization?

I first caught up with Ezerins in 2013 as I was compiling information for a seven part series on the CFL for the Concussion Blog.  By that time some red-flags had begun to surface about the activities of the CFLAA regarding concussions and CTE.  I met Ezerins for coffee and an interview. He did not convince me he was working in the former players’ best interest in that regard and I eventually wrote that.

We exchanged emails for the following two months, until he began to realize that I wasn’t up for PR.  He ended the exchange shortly afterward.

I had hoped to investigate the type of relief former players who suffered brain injuries during their playing careers might be able to obtain through the organization.  Unfortunately, my investigation led to the realization that Ezerins’ and the CFLAA’s position on concussions and CTE was aligned with CTE skeptic, Dr. Charles Tator.  Eventually Ezerins, the CFLAA, and Tator would face lawsuits for their role in misleading players in regard to football related brain injury.

Fast forward five years and a closer look at the CFLAA produces some interesting information.

According to the CFLAA Audited Annual Report, in 2017, the CFLAA, of the $82,000  available in the CFLAA “general fund,” $48,000 went to “administrative,” which usually indicates salary payout by the association. (Schedule 4, page 33) Listed among general fund as expenses was $26,800 including $8200 for “travel” and $6700 in “professional consulting fees.” Asked for comment on this, Ezerins did not respond.

Perhaps the item of greatest interest to former players in “dire” need, the CFLAA “support fund” and “emergency grant” fund is listed as having just over $175,000 on hand in 2017 in “cash and investments.”

The annual report states that although five (5) requests for support fund information were received, the report appears to indicate that only two (2) former players received support, for a total of about $11,000.  None of the support appears to be related to the aftermath of football related brain injury or CTE. The report also says the CFLAA was “busy” reviewing the protocol for former players requesting financial assistance, although no resolution for the complicated form is stated.

A review of the 2017 CFLAA annual report may suggest that the CFLAA is focused on media appearances and its “digital footprint,” which is in fact, listed as a number one goal for the CFLAA going forward was to “help support the local alumni associations to increase their digital imprint,” something that former players suffering from concussion injury could probably care less about.

The CFLAA annual report boasts of closing in on “50,000-page views” which for an organization the size and exposure of the CFLAA is not particularly impressive, and unless this focus is actually of benefit to retired players such priority comes into question.

The CFLAA mandate, unlike that of the CFL Players’ Association, supposedly is to address the “family” of former players.  Based on publicly reported figures, it seems reasonable to question their priority in this respect and what conflicts of interest may prevail.

The Canada Revenue Agency’s website indicates that the CFLPA is overdue in their 2016 and 2017 corporate filings. According to one financial expert consulted for this story, the “overdue” filings could technically lead to a revocation of the corporation’s charter although he doubted that would take place unless there were special circumstances.

I e-mailed CFLAA executive director Ezerins asking for clarification on both the non-profit status of the CFLAA as well as the overdue filings issue and the September 2014 amendment details. He stated that the CFLAA has been a registered non-profit since 2009 but did not address the overdue filing issue. Another request to the CRA is being made to further clarify the discrepancy.

In another request for comment I submitted these additional questions to Ezerins:

The request was addressed to Ezerins’ official email account on the CFLAA domain.  Upon receipt, I received an e-mail from him asking me to direct all questions to his personal hotmail account.  I resent my list of questions as well as others regarding the CFLAA 2017 annual report.

I suspect, this may be a tactic that Ezerins employed when I first interviewed him in 2013. After an hour’s interview, he attempted to qualify his comments with “the views expressed are my own and do not necessarily,” etc. even though, obviously, I was interviewing him as the executive director of the CFLAA, and not Leo Ezerins the former Tiger-Cat. As of publication, neither incarnation of Ezerins has responded to the query.

Additional rumblings of discontent within the CFLAA indicate that the BC Lions Alumni Association is no longer under the auspices of the greater CFLAA organization.  In a request for comment, former CFL all-star lineman and BC Lions Alumni president Ian Sinclair stated via email:

“We currently have one foot on the field and one on the sideline as there’s some minor details and differences to be worked out.  However, we’re hopeful these will be resolved over time.”

Permanent link to this article: https://advocacyforfairnessinsports.org/feature-stories/cfl/conflicts-of-interest-appear-to-abound-in-cflaa/