Phil Colwell: A profile of one CFL player’s battle with brain injury 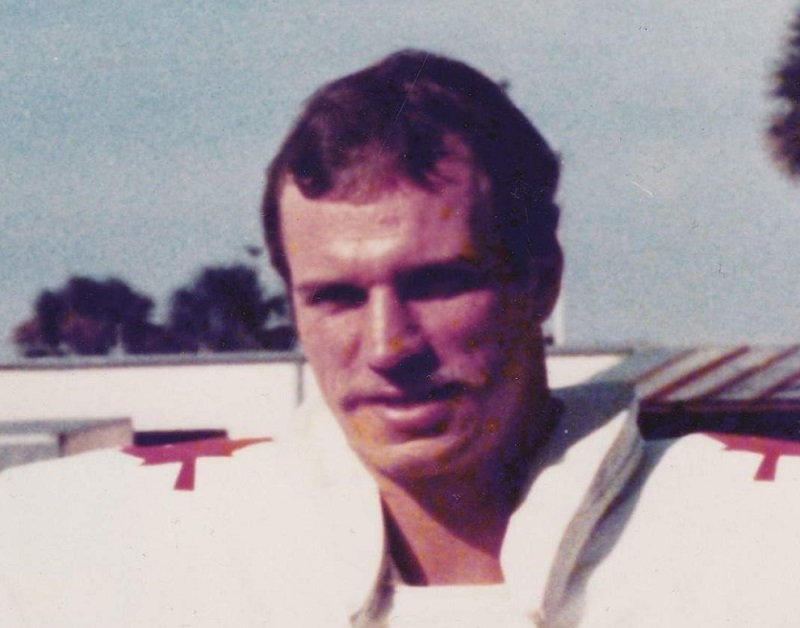 Phil Colwell, before the 1979 Can Am Bowl, Tampa, Florida

On the windswept, rainy, Isle of Arran, off the west coast of Scotland, former CFL fullback Phil Colwell is taking life such as it is one day at a time.

Colwell only played in the CFL for two seasons in the early 80s, yet he believes the major health issues he is now suffering through are directly attributable to his time in the league with concussion injury being his main complaint, along with back, hip and neck issues.

Colwell had a stellar, record producing three years at running back at WLU University in Kitchener-Waterloo, Ontario, was looked at by the New England Patriots in 1979, but eventually landed with the Hamilton Tiger Cats in 1980, and played in the Grey Cup in his first season.

Unfortunately in a game he played in October 1981 for the Toronto Argonauts in Winnipeg against the Blue Bombers, Colwell was knocked out cold while covering a kickoff.

Although Colwell was revived and walked off the field with assistance, he was confused as to where his bench was.  At one point he believed he was back in Hamilton’s Ivor Wynne Stadium, and for the moment, dazed, confused, and totally out of it. When he found his bench, he remained there for the rest of the game in a stupor.

Colwell said his vision was impaired and he had a strange altering of his sense of smell, a syndrome he had experienced many times before with sub-concussive hits exacerbated by the role of the Canadian fullback, which was generally what he called inside play blocks wherein the player was taught to aim with the helmet for the opponents numbers and then slide up to his chin and ultimately up his facemask to the crown of the top front of his helmet. It was common practice and taught by the coaches at the time.

According to Colwell, in the ’81 incident, the Argos team doctor examined him, and with a pat on the back only suggested that Colwell not go to sleep that night, therefore after arriving back in Toronto, Colwell got in his car and drove about 100 miles west to his family home in Kitchener, Ontario, in the darkness. Colwell says he paced the night away, and can’t remember if he played again that season, and game records are incomplete.

Thirty-five years after that severe concussion injury and dubious after care, Colwell, in his small cottage on the shores of the icy Firth of Clyde was not sleeping again.

But this time it was different.

“I couldn’t believe what I was seeing,” remembered Colwell. “There were Egyptian hieroglyphics dancing on my wall and in the air. Who needs LSD when you can trip like this? It’s a different reality,” he said, still incredulous at what he “saw.”

Colwell said that he had taken no drugs nor consumed any alcohol the night of his hallucinations and said the hallucinogenic show went on for some time before he mercifully fell asleep.

Colwell, who began experiences mental acuity deficits around 2000, searched the Internet for answers and information on football concussion brain injury and especially CTE.  Because he suspected he was suffering from it, he took the ferry to Glasgow and was examined by neurologists and had an MRI and other brain related tests performed.

The verdict was subcortical white matter microangiopathy, or in layman’s terms, a narrowing of the small blood vessels in the brain, that in Colwell’s case are believed to be the result of repetitive hits to his head while playing CFL football.

What does the above mean in real time?

“I have vertigo and cannot even walk properly,” said Colwell. “Besides being physically taxing, it is embarrassing because when people on the Island see me out getting around, they think I am drunk, when I have not had a drop,” stated Colwell, who before his disability forced his retirement, was the Island’s Royal Mail delivery man for decades and is well known in the area.

Additionally, Colwell said that he has a regular “shooting pain inside my brain, just behind my eyebrow that is like a pin piercing my brain to the top of my skull.”

Colwell said he also suffers from drastic mood shifts and is on medication for depression as well as a large dose of Co-codamol, the UK equivalent to Tylenol 3 with codeine. Colwell says he needs such a dose to be able to function, due to the pain from residual football injuries including a broken vertebrae in his back during a preseason game in Regina in 1982 which effectively ended his career,  a damaged hip which he had replaced several years ago, and a badly broken nose that had to be surgically repaired and which Colwell recalled resulted in his beard being “soaked with blood.”

Paranoia is also sometimes a companion to Colwell. In 2014, Colwell tried to find the excellent Chris Nowinski’s “Head Games” documentary on the Internet which aired in 2008 and featured Warren Moon along with fallen members of the Edmonton Eskimos,the dynastic team Colwell faced in the 1980 Grey Cup.

Due to bureaucratic snafus at the CBC, the link was not easily accessed, and Colwell, aware of the CFL’s pervasive denial of the cause and effect of CTE, believed for a time that the fix had been put in to suppress the piece, but ultimately, that was not the case.  Ironically given the circumstances that occurred at the time – specifically the Arland Bruce III concussion lawsuit had just been served – his fears were understandable, if not completely accurate.

Now Colwell, 61, sits by the sea and wonders just where his time in the CFL will eventually lead.

He fears a total mental disability will overtake him, and he will be unable to function at all.  He wonders if he will share a breakdown similar to the young boy documented in the video below following a concussion:

Cowell has already arranged to donate his brain to the Boston University CTE researchers because he says he “trusts them,” adding that he considers the CTE studies done by Dr. Charles Tator in Canada, “a joke, and obviously compromised.”

A recent email from Colwell appears to sum up his situation, albeit altruistically:

“i am not looking for financial gains;    ALL i  want is for the public to know how what i think i have ( CTE )  it  can destroy your  life both physically and mentally.”

The demolition of Phil Colwell’s life follows a pattern that seems common in former players now suffering the effects of concussion brain injury.

I first began interviewing Colwell in 2014.  At that time he was employed in a well-paying, long-term job and although struggling with

concussion related issues, but was still functioning at a reasonable level. Fast forward 4 years, and he is unemployed, barely making ends meet, suffering from a grocery list of physical and mental ailments and even sometimes feeling suicidal, especially in the winter, when Arran receives little sunshine and daylight endures for only 6 hours, adding to his gloom. 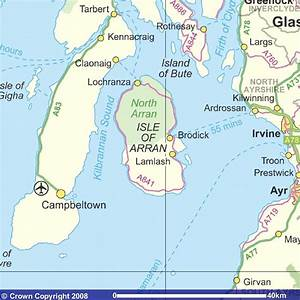 Map of Isle of Arran, Scotland

Despite his story being featured in at least half a dozen media reports he has never been contacted by the Canadian Football League Alumni Association which claims it is looking to assist former players in dire life and health situations.

“They don’t give a crap about guys like me. I talk too much truth. the injured and troubled CFL players are just a minor inconvenience to be swept under the turf,” said Colwell in one of our 2200 emails exchanges.

It does appear, however, that the Toronto Argonauts Alumni Association is finally interested in reaching out to Colwell.

A source within the organization said that the president would be attempting to contact Colwell to offer support, which to Colwell could mean just having someone who’s been there to share his burdens with, in a “forgotten land,” as Colwell calls Arran. 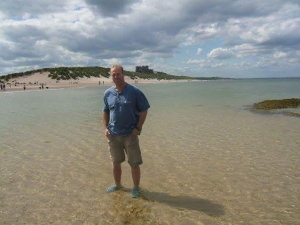 Since the CFL, the CFLAA, and their handpicked concussion/CTE “researchers” and their select media stooges continue to deny and muddy the waters on the causal relationship between concussions in the CFL and brain injury and CTE, about the only respite former players can expect is tea and sympathy from individual team alumni associations that unlike the CFLAA, are seriously interested in assisting those in need despite extremely limited resources in their unpaid, volunteer organizations.

Colwell has an idea about the club alumni: “Maybe the money they are forced to kick back to the CFLAA can go to help the guys who really need it,” he said, in what is currently a very contentious issue among the 9 CFL club alumni associations who see the transfer payments as just a toll to help pay for “administrative” executive director cost and compensation at the CFLAA.

For now, Colwell is just hoping his phone and Internet won’t be shut off and he can summon enough gumption to get through another day while pondering just what the CFL meant to him, a homegrown star player, seemingly thrown on the rocks in the CFL.

Permanent link to this article: https://advocacyforfairnessinsports.org/feature-stories/cfl/phil-colwell-a-profile-of-one-cfl-players-battle-with-brain-injury/