I spoke with a lot of smart people when I started putting these together.  Hope you can spare a few minutes to read-up!

Permanent link to this article: https://advocacyforfairnessinsports.org/feature-stories/domestic-violence/

Two new civil complaints horrifically detail how this approach has been no laughing matter.

As the evidence that the Emperor’s clothes aren’t real grows, the cost for adding your voice to the chorus spreading that message escalates as well. No one is more painfully familiar with that price than Kellen Smith.

If everything Smith alleges is true, the campus of the University of Michigan for athletes has not been the utopia of achievement and development that those who profit off the existence of such programs market it as. In reality, it is more like a criminal organization where athletes’ bodies are exploited for the chattel profit and illicit pleasure of others. Her recently filed complaint against multiple defendants is just another sign that the Emperor is indeed naked. 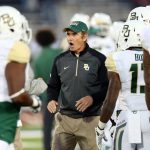 At some point, as Title IX lawsuits are accumulating at Baylor University, the public becomes aware, and shock and horror prevail. The most recent filing alleged 52 rapes in a four year period from 2011 to 2014. Asserting a “show ‘em a good time” approach to football recruiting, Kendal Briles, former Head Coach Art Briles’ son and now the offensive coordinator at Florida Atlantic University was reported in the suit to have asked a student athlete, “Do you like white women? Because we have a lot of them at Baylor and they love football players.” Though not yet corroborated, the allegations are so numerous, that they reach incredulous proportions. 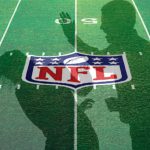 As ADA Render emphasized, the needs of the victim need to be the “first priority” in cases of this nature. Both Daniel Wallach and Dr. Abrams expressed that the sports leagues, and NFL, in particular have difficulty grappling with this issue in part because they attempt to lump everything into a “one-size-fits-all” approach. The problem with that is there’s no standard victim and no standard offender. 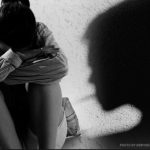 How the Derrick Rose Trial Mirrors Society’s Conceptions of Rape 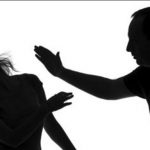 Déjà vu? Nearly each week, a new headline surfaces alleging that an athlete has committed an act of domestic violence or sexual assault. Recent infractions in the NFL such as those involving Ray Rice, Greg Hardy, Johnny Manziel and Josh Brown, have placed domestic violence in the glaring spotlight repeatedly, along with questionable practices on the part of the league regarding subsequent investigations and punishment. 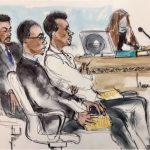 A woman, known to most by the pseudonym Jane Doe has accused pro basketball superstar Derrick Rose of gang rape in a civil lawsuit. At the beginning of the suit, TMZ launched some sensational headlines that portrayed Doe as an evil gold-digger. Then the case seemed to fade away for a while until the scorched earth tactics of both parties’ lawyers caught the attention of a number of sports law experts whose coverage seemed to propel the case back into the media spotlight as the trial date approached. Doe and her attorneys spent two days with the press in an attempt to present Doe’s side of the story which prompted Rose’s counsel to successfully petition the judge for a gag order…One of the situations that could go against Doe is the fact that she did not report the rape to police nor did she pursue civil action until nearly two years after the alleged assault. While this seems plausible, her reasons for not doing so to me are at least equally gripping; especially the statement that she didn’t want her family to find out. To some, this may seem insignificant, but not to me. I literally burst into tears when I read it because it was a prime concern to me when I was raped over thirty years ago. Until now, this has been my most carefully guarded secret. My mother went to her grave not knowing and unless, in the unlikely event my father happens across this article, the same will probably be said for him.