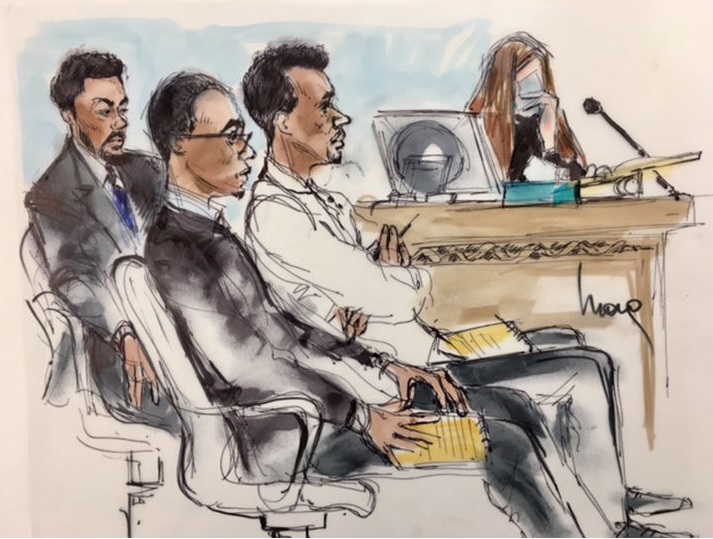 A woman, known to most by the pseudonym Jane Doe has accused pro basketball superstar Derrick Rose of gang rape in a civil lawsuit.  At the beginning of the suit, TMZ launched some sensational headlines that portrayed Doe as an evil gold-digger.  Then the case seemed to fade away for a while until the scorched earth tactics of both parties’ lawyers caught the attention of a number of sports law experts whose coverage seemed to propel the case back into the media spotlight as the trial date approached.  Doe and her attorneys spent two days with the press in an attempt to present Doe’s side of the story which prompted Rose’s counsel to successfully petition the judge for a gag order.

Now that the trial is in progress; many excellent and credible articles have emerged – from the courtroom coverage of those such as Julia Marsh and Diana Moskovitz, to the dueling New York Post analyses of attorneys Daniel Wallach and Daniel Werly who expounded on the strongest arguments from both sides of the case – the story has been well presented.

There is a great deal of conflicting testimony in this suit and I sincerely hope the judge and jury are able to sort it out objectively to reach a fair and correct verdict in the trial.  That said, there are a few pieces of Jane Doe’s testimony that I feel are compelling, and although reported, have not perhaps been given the weight they deserve.  This is why I felt the need to chime in with my thoughts.

One of the situations that could go against Doe is the fact that she did not report the rape to police nor did she pursue civil action until nearly two years after the alleged assault.  While this seems plausible, her reasons for not doing so to me are at least equally gripping; especially the statement that she didn’t want her family to find out.  To some, this may seem insignificant, but not to me.  I literally burst into tears when I read it because it was a prime concern to me when I was raped over thirty years ago.  Until now, this has been my most carefully guarded secret.  My mother went to her grave not knowing and unless, in the unlikely event my father happens across this article, the same will probably be said for him.

Think Progress writer Lindsay Gibbs questioned Doe: “A lot of people don’t understand that. They think it’s suspicious to keep things from your family. Why is it so important to protect them from this?”

While Doe cited primarily health concerns for her aging parents, she has also stated that she is a woman drawn to an independent lifestyle who grew up in a conservative religious home.  I found myself in a similar position, and for me that was the root of my reluctance to speak up.

I remembered my mother saying things like, “If you go out looking like that, you’re asking for trouble,” and “Nice girls don’t go out alone.”  After I was raped, the words of my mother flashed through my mind in rapid succession.  Was it my fault?  I thought about what I was wearing (tight black jeans, a lacy black camisole and red and black wool jacket.)  Was this too risqué?  Was I really wrong to go out alone?  Did I set myself up?  I know the logical answer.  While I may have placed myself in a vulnerable position, I never asked for what happened.  Unlike Doe, I was completely sober; I said no and attempted to escape my assailant, but he overpowered me both physically and through language that demeaned every bit of self-esteem I might have had.

Did I really want to risk the condemnation of my family?   I feared they would agree that “I asked for it,” and reject me.  I didn’t want to chance it.

After it happened, I sat and cried for a long time.  Finally, I managed to drag myself home, took a long hot shower and crawled into bed to cry some more.  The next day, like Doe, I forced myself out of bed and went to work.

Even when you know you did everything you could to resist, the guilt a rape victim feels is almost suffocating.  Doe stated that, she felt “overwhelmed.”  So did I.  She also expressed that she wanted to forget; that she wanted a return to normalcy.  That’s how I felt.  I didn’t want to keep reliving the nightmare.  I just wanted to find a way to put it out of my mind.  And so, right or wrong, I did nothing.  I went to work the next day and kept silent about what happened.  I simply tried to act as normal as possible so people wouldn’t ask questions.

The slut-shaming defense is used often because it is effective.  Unfortunately, there are many stigmas regarding rape that society has not overcome.  I have to wonder if boys are taught the same things that my mother tried to teach me, only from a reverse point of view, “If she looks like she wants it, then go for it.”  If an alleged victim is not a minor, a disabled woman, or a conservative wife and/or mother, far too many people tend to look with skepticism as to if the man really did anything wrong or if the woman simply got what she deserved.  A woman’s sexuality or perceived promiscuity should not be a factor in judging whether or not sexual battery occurred, but far too often it is.

Years after I was raped, I found myself working very closely with law enforcement and recall eavesdropping on a conversation between two officers.  Officer 1 told Officer 2 that she had filed a report of rape; the victim was a stripper and the accused a well-known member of the community.  Officer 2 said something to the effect of, “Good luck on that one!”  Officer 1 stated that she felt strongly the accuser had in fact been raped and began sharing her reasoning.  Officer 2, skeptical at first, seemed swayed by his colleague’s arguments, but finally told her, “You’ll never see an indictment on that.”  Any guesses as to what happened?  Officer 2 called it correctly.

I can’t help but wonder how many sexual assaults go unreported for this very reason.  After being victimized and demeaned in every conceivable way, a woman must take a very brave stand in order to fight back.  Unless she has an extremely strong support system in place coupled with a blemish-free sexual history, it’s very easy to reason that the potential for judgmental scrutiny and possible rejection by friends and family isn’t worth the risk.  And so we choose to package up our nightmarish memories and emotions and seal them up in a box to hide away.  For the most part, I’ve done a pretty good job of keeping the box buried and sealed, but as this case has taught me, it’s impossible to permanently discard it.

For me, Doe’s statements were all it took to crack the lid on my own Pandora’s Box, bringing my recollections, doubts and fears back into painful focus.  For the first time, outside a very few close friends, I’ve decided to speak of this, and even now, I’m filled with trepidation as to how my words will be received.

I certainly have no inside information regarding what took place between Doe and Rose – only publicly available court documents and journalistic recaps.  I realize things are not always as clear cut as they may initially appear to be.  My hope, in this case, is such that the jury will focus on the evidence and not allow stereotypes and myths to prevail because many exist in regard to victims of sexual assault and professional athletes alike. My desire, for this and future cases, is that juries will be able to think objectively, and see both the accuser and accused as human beings, and not preconceived objects in order to arrive at fair and impartial verdicts.   And that society might do the same.

Permanent link to this article: https://advocacyforfairnessinsports.org/feature-stories/domestic-violence/doevrose-2/