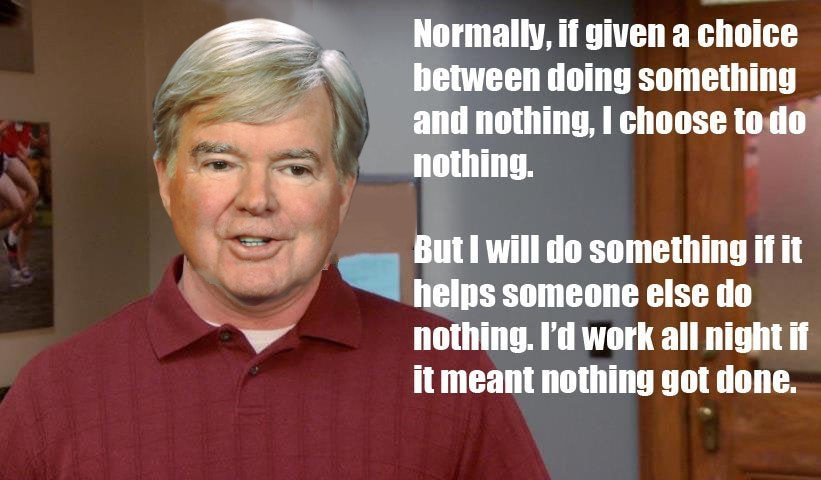 Two new civil complaints horrifically detail how this approach has been no laughing matter. As a matter of fact, it has destroyed the lives of many students, both athletes and non-athletes. The complaints detail how the NCAA and its member institutions have gone to great lengths to ensure no one does anything about the problem.

Plaintiffs filed Roedel et al v. NCAA and Roedel v. Michigan State in the federal circuit court for the western district of Michigan on April 29. In the former of those two, the plaintiffs include an uncertain number of former female students at several disparate NCAA-member institutions, some of which were athletes representing those institutions at the time. The defendants in the case are the NCAA, the NCAA’s Board of Governors, the NCAA D1 Council, NCAA President Mark Emmert and other unnamed defendants.

The latter complaint features just one plaintiff. Emma Roedel named Michigan State University, the MSU Board of Trustees, Mark Hollis, Yolanda Johnson, Jessica Norris and Lou Anna Simon as defendants in her complaint. Roedel was a student and a member of the Spartans’ women’s track team during the time period in question. During that same time period, the individuals named as defendants held various titles at MSU such as assistant coach (Johnson), athletic director (Hollis), president (Simon) and Title IX Coordinator (Norris).

In her complaint against MSU et al., Roedel alleges that on March 5, 2017, she awoke to discover a member of the Spartans’ men’s track team sexually assaulting her in her bedroom. She adds that the same male athlete also distributed a semi-nude picture of her without Roedel’s knowledge, much less approval. Roedel says she confronted the unnamed man about the assault privately, he admitted to it and apologized.

The following Monday, Roedel says she reported the incident to Johnson. She says Johnson advised her not to report the incident any further, threatening her with being castigated from the community of her track team. Johnson reported the incident to campus police. It was at that time, Roedel claims, that several members of the men’s track team threatened Roedel with adverse consequences if she took any action against the male athlete who allegedly assaulted her. Because of her fear of such retaliation, Roedel opted to not only decline to press criminal charges but comply with a Title IX investigation at MSU as well.

The following fall, Johnson made it clear to Roedel that she had three choices in regards to how to handle the fact that the unnamed defendant had violated her body autonomy: begin participating in events that were altogether completely different from that which she had always competed in and was the reason she was on the track team in the first place, quit the team or transfer to another institution. MSU intended to take no action against Roedel’s alleged assailant. Roedel opted to transfer and eventually at her new institution quit the track team because of the association with her experiences.

Roedel says that no one at MSU ever informed her of her Title IX rights to access academic assistance, counseling and protection from retaliation, among others. The complaint states that only after the unnamed defendant sexually assaulted another student did MSU remove him from the track team.

Roedel’s complaint against MSU goes on to detail similar experiences of other students during the same time period at the institution. In each of the cases, responsible parties went to great lengths after the incidents. Unfortunately, those great lengths all acted in defense of the institution’s reputation and protection of alleged sexual predators instead of holding them accountable and doing everything possible to help the victims process their trauma.

The complaint of Roedel et al. v. NCAA details how female athletes at several other NCAA-member institutions encountered similar circumstances. Time and time again, the staff at these institutions, “worked all night to make sure nothing got done,” about the allegations that female students made. When several individual members of the same organization’s only action in response to sexual violence is against the victims and not the assailants, it’s an issue that the governing body for those members must step in and act on. To make this already terrible situation, worse, the NCAA itself has only replicated its members’ decisions to diligently endeavor to ensure nothing happens.

That complaint lists a 2010 letter by Emmert in response to the National Coalition Against Violent Athletes as an exhibit. The NACVA made several recommendations to the NCAA for how to provide resources for victims and hold assailants, along with those who protect them, accountable. Emmert declined to even consider the recommendations, stating that, “it is unlikely that the threat of NCAA sanctions…would have an impact.” On several occasions since then, as the frequency and number of sexual assaults at member institutions has risen, the NCAA has feigned action on the issue while in reality posing no threat to sexual predators or those that enable their destruction.

One example is the appointment of a commission to combat campus sexual violence in 2016. The commission made several recommendations to the NCAA’s Board of Governors over the course of the following two years, including implementing by-laws that linked athletes’ eligibility for their sports to their conduct while not engaged in said athletic competitions. In 2018, the Board disbanded the commission without adopting any of its recommendations. Since then, the NCAA has taken no further public actions to even encourage its members to hold those found to be guilty of sexual assault accountable for their actions.

The tragic accounts of Roedel and countless other female students detail how the NCAA and its member institutions have worked all night to make sure nothing got done. Had those parties put in just half the effort they’ve exerted toward ensuring no one does anything about the issue in the employ of holding sexual predators accountable and providing services to victims instead, college/university campuses all across the US would be much safer places.

If these same female students who were athletes had accepted cash for teaching clinics on their sports, the NCAA and its members would have put their enforcement and investigative arms into action immediately at full throttle. It speaks volumes about the atmosphere of the entire organization when a female athlete voluntarily using her body to participate in her society’s economy and encourage others to develop a love for their sport is a violation that demands swift disciplinary action but when the body autonomy of those same female athletes is violated, there’s simply nothing that can be done about that.

Permanent link to this article: https://advocacyforfairnessinsports.org/feature-stories/domestic-violence/roedel-lawsuit-shows-ncaas-backward-approach-to-actual-governance/