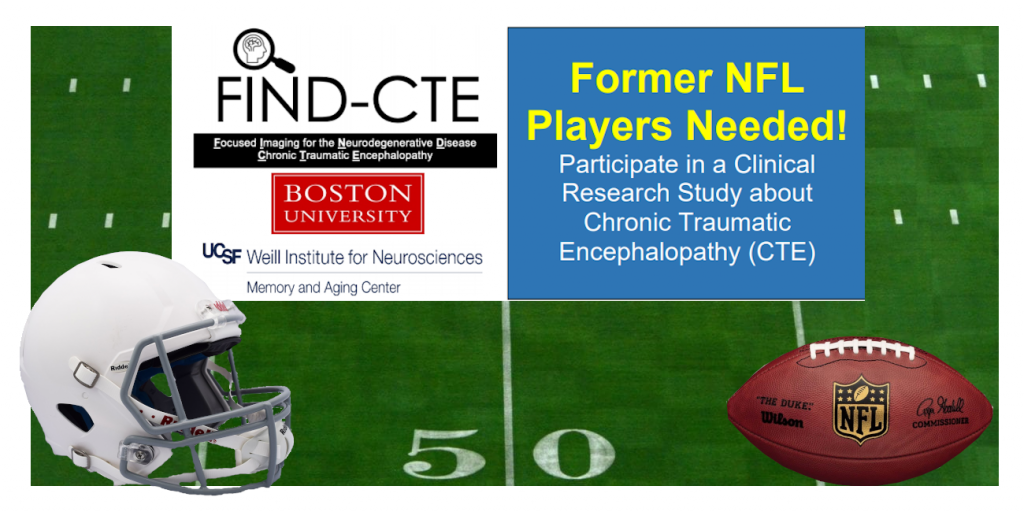 I always advise caution when former players ask me if I think they should participate in this study or that, and I usually say, “NO.”  The reason for that is that most of the studies I’ve been asked about were either sponsored or funded by NFL and/or NFLPA.  I think of this as similar to a Miranda violation with no warning that your data will most likely be manipulated and used against you and others.

That said, there are a few reputable studies that I’d encourage participation in.  I have great regard and admiration for the work that Boston University and Concussion Legacy Foundation have done in advancing our knowledge of CTE, and how it relates to football exposure.  Two new studies are getting underway; one by BU and the other by Johns Hopkins, endorsed by Concussion Legacy Foundation.

Does the brain repair itself after repeated NFL concussions? Johns Hopkins research is just beginning to search for the answer to that question. The Concussion Legacy Foundation is supporting this important study. If you are a former NFL player who played 2 or more years, including on the practice squad, you may be eligible to participate in a brain imaging study at Johns Hopkins. 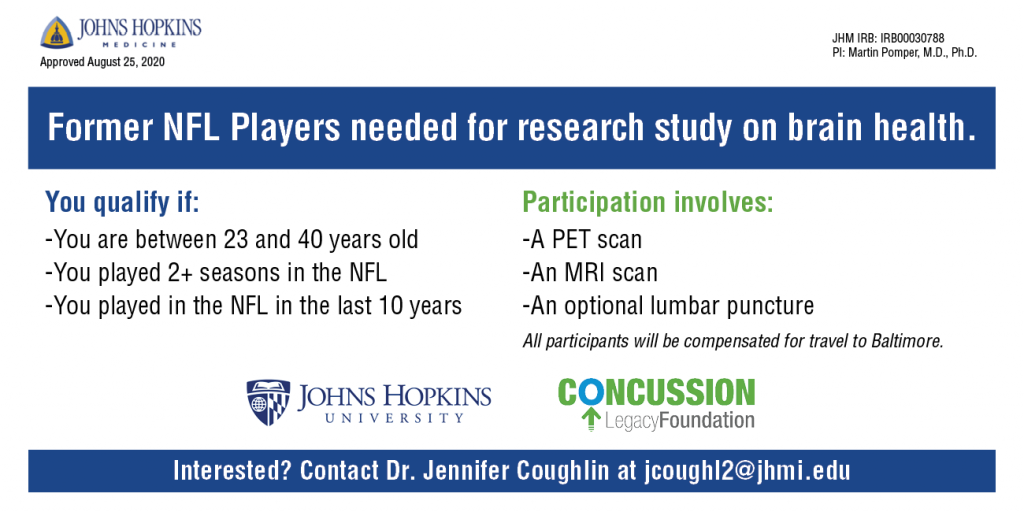 A new study led by Boston University School of Medicine and UCSF researchers has been awarded a $460,000 grant by the National Institute of Neurological Disorders and Stroke, which is part of the National Institutes of Health (NIH), to study the effectiveness of brain imaging in hopes of detecting Chronic Traumatic Encephalopathy (CTE) in living people. Currently, CTE can only be diagnosed after death. The Concussion Legacy Foundation is leading recruiting for the FIND-CTE study.

“If we can detect CTE during life, it will bring us closer to our ultimate goal of developing and testing potential treatments,” said Dr. Michael Alosco, co-director of the NIA-funded Boston University Alzheimer’s Disease Research Center Clinical Core and lead investigator at the BU CTE Center. 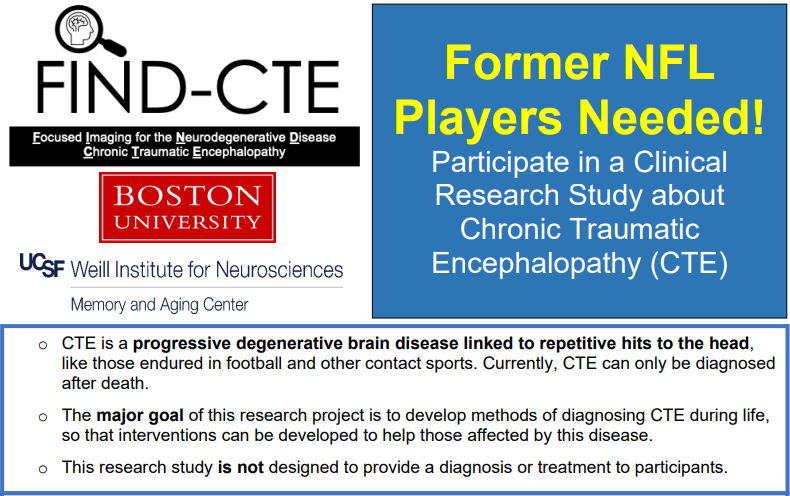 Click here for more information and to see if you qualify for the study. If you are interested and think you might be eligible, contact Karen Smith at karen.smith@ucsf.edu if you’d like to be scanned at the University of California, San Francisco or Julia Culhane at jculhane@bu.edu to participate at Boston University.

Advocacy for Fairness in Sports is pleased to recommend participation in either of these studies.

Permanent link to this article: https://advocacyforfairnessinsports.org/feature-stories/health/two-reputable-nfl-player-brain-studies-getting-underway/