Be Ready When Recess is Over 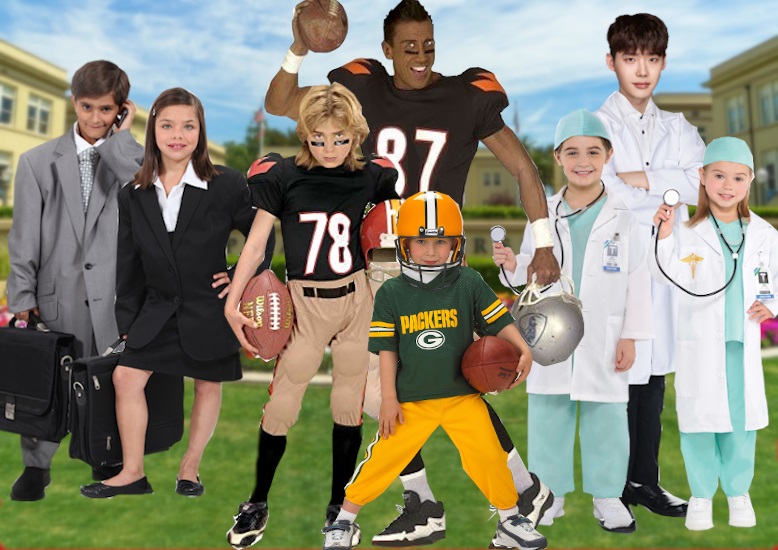 Columbus, OH—Would you go to law school if you only had a 2% chance of practicing law after you graduated? Oh, and you’d be lucky to practice law 3 years, and then you’d need to start over and find a different career.

What about med school? Nobody would go to med school with only a 2% chance of practicing medicine for 3 years and then looking for another job.

So why would anyone go to college, majoring in what I call Eligibility Studies, when even the NCAA admits there is less than a 2% chance of making the NFL, keeping in mind that the average career length is less than 3 years and is getting shorter.

Yet this is what thousands of young men playing bigtime college football have done for decades and are still doing right now. I know because I was one of those guys myself.

I took nonsense classes for 2 years at Ohio State and when I left the university and got cut by the Denver Broncos, I didn’t have an education, skills, or the wherewithal to govern myself as an adult.

Since turning my life around and getting out of prison, I’ve traveled around to dozens of bigtime programs as the Athlete Whisperer and met these young guys. So many of them are putting all their eggs in the NFL basket and not preparing themselves for life after football.

And the universities they play for have put the system in place which allows them to do it. There are seriously smart people in charge of these universities, in charge of their athletic programs, sitting on their faculty, taking bowl trips as faculty representatives, and like so many people at the University of North Carolina which perpetrated its eligibility fraud for 18 years, they are all complicit in this grand fraud against their football players.

The bargain is supposed to be that we play football and in return, we receive an education, but the majority of the most outstanding players (especially first-generation, African American players) are just taking classes to stay eligible so the loser in the fraud isn’t the NCAA or the institution—actually the institution is both the perpetrator and the benefactor—the loser is the athlete who is purposefully mis-educated.

The sad truth is that even if college football players win the lottery and get drafted, this doesn’t guarantee anything. Plenty of guys who get drafted don’t even make the team their first season. I was a 3rd round pick and got cut before I played a down with the Broncos.

I wasn’t the only one. This happens every year. Just last year for example, outstanding OSU running back Mike Weber was drafted by the Dallas Cowboys and didn’t make the team. He stayed on the practice squad during the season and was waived last week. He was then signed to the practice squad of the Kansas City Chiefs two days later.

Even for the guys who are drafted and make the team, there is no guarantee they will play the average career, either. Weber joins Elijah McGuire on the KC practice squad. McGuire was drafted in 2017 by the NY Jets, played a season with them, was waived, was picked up by the Browns in 2018, waived, and picked up by the Chiefs—for their practice squad—in 2019.

This is the common story of an NFL career, but nobody hears or thinks about this even though it is the reality.

Tom Brady has played 20 seasons, so that means there are 6 guys whose names you don’t know who played 1 season or less. Drew Brees has played 19, Eli Manning has played 17. And then there’s the placekickers with 20+ and the long-snappers who play forever. These guys seriously make the average meaningless.

You get the drift. Even the lottery is rigged. Winning isn’t necessarily winning. The NFL is skewed towards younger and cheaper players and it is getting younger and cheaper every year. According to the Wall Street Journal, the average career 15 years ago was 5 years, and now it’s about half that.

Every team might have a few marquee players whose names you know, but on the 53-man roster (and the 10-man practice squad), there are many more whose names you don’t know and won’t ever know. In economics, these are called fungible goods—commodities that are interchangeable because for all practical purposes, they are identical.

Every year there are more highly-talented wide receivers, running backs, quarterbacks, linemen, and defensive backs trying to enter the league. And the 1500+ guys with jobs are mainly trying to keep them.

It’s no surprise that the players make jokes that NFL stands for Not For Long. A friend of mine, Robert Turner, wrote a book about this called Not For Long: The Life and Career of the NFL Athlete. His playing days behind him, Turner went and got a PhD in Sociology and is now a professor at George Washington University.

Every time I speak to a team of college players, I try and educate them about preparing for life after football.

Even if you have what people might call an outstanding NFL career of 6-8 years, perhaps even making a Pro Bowl, this means that by the time you’re 30 years old, you’re out of the league, your football career is behind you, and the only thing you’ve trained to do for your entire adult life is over.

At this point, every guy has to find an identity and a purpose in life. For most black players, football was a way to escape an impoverished inner-city environment, so now that we’ve escaped it, going back might not be a possibility.

If we can’t go back, where are we going to go and what are we going to do? From the time I was 13 years old, I used football as a means to escape the murderous environment of the south side of Youngstown, Ohio.

I was lucky that when I went to prison, I participated in an integrated cognitive behavioral change program where I took classes like Responsible Adult Culture, Cage Your Rage, Substance Abuse Awareness and Prevention, Parenting 101, etc.

I hadn’t learned any of that growing up in Youngstown, and I didn’t learn it at Ohio State. Instead, I was enrolled in a bunch of nonsense classes, which I was happy to take, because my major was Eligibility Studies.

I thought I was playing the system by taking easy classes and relying on my tutor to help me, but in reality, I was being played by the system. As William Rhoden points out in Forty Million Dollar Slaves, there’s a conveyer belt reaching down into the inner cities, lifting out the most talented players, who are treated well while they are useful, but are deposited on the scrap heap once they are no longer of any value.

It is up to us to recognize this system and demand an education for ourselves from our high schools and colleges.

A lot of people like to talk now about paying players, and of course I believe players should be adequately compensated for our labor, but the most important compensation is something that has already been promised to us: an education.

We need to make sure we receive it.

Permanent link to this article: https://advocacyforfairnessinsports.org/feature-stories/mind-of-maurice-clarett/be-ready-when-recess-is-over/