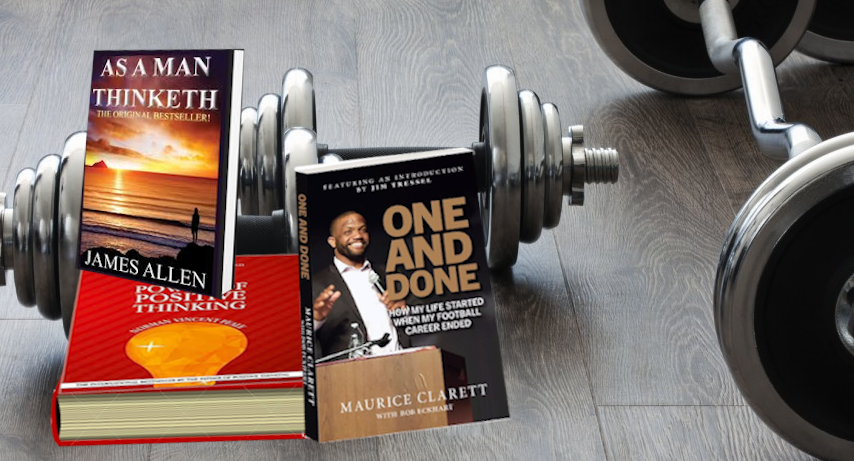 Columbus, OH—When you watch movies with guys in prison, there are always scenes with them lifting weights, getting stronger. They are building their bodies physically.

With me it was a little different: I spent my time in prison building my mind. I was getting stronger mentally.

For two years, I participated in something called an integrated cognitive behavioral change program, Thinking for a Change, and after I completed the program, I was a facilitator for it until I was released.

An integrated cognitive behavioral change program like this is built around taking classes every week and doing reading and reflection every night. The classes taught (1) social skills, (2) cognitive self-change, and (3) problem-solving.

I also participated in Alcoholics Anonymous and Narcotics Anonymous and even Toastmasters Let me tell you, even the guys I was closest to in prison were brutally tough with their feedback. But that’s how I got better as a public speaker and I thank them for it.

So this is how I got mentally stronger and prepared myself for life on the outside. I had the realization when I started my incarceration that I just wasn’t educated and prepared to succeed in life.

The mental aspects of life can be excruciatingly hard and you need to be mentally strong to succeed.

When I was in prison, I was also reading constantly—books, the news, and brochures on how to start businesses. I would read anything I could get my hands on. I was reading and taking notes, like book reports.

The first book I read was As a Man Thinketh by James Allen and I must have read it 30-40 times because it was the only book I had in the county jail. As it turned out, reading saved my life.

The sentence “until a thought is linked with purpose, nothing good shall come” really resonated with me. I never knew thoughts and actions could be aligned and result in positive or negative outcomes.

After I got kicked out of OSU and then cut by the Denver Broncos, I was having self-defeating thoughts. I didn’t know what to do and developed severe anxiety and depression. These negative thoughts led to negative actions on my part.

As a competitor, I had always visualized success and positivity, which helped me achieve favorable outcomes. But now I was realizing the opposite could be true as well if you have negative thoughts.

I think a lot of guys just don’t realize how feelings and emotions affect our spirit and result in negative actions and consequences. I know I didn’t until I started Thinking For a Change.

When I think back on it, after my football career ended, I was injured. Not physically injured, but mentally injured.

If you have a knee injury, the road to recovery is pretty straightforward: first, you feel pain, you get treatment, and go through rehab.

In our 2002 National Championship season, I actually had knee surgery after the third game, missed a game, and was back for game five. It was pretty straightforward: injury, diagnosis, treatment, rehab, resume playing.

Every athlete has had minor or major injuries, and they know the best advice is to get treated immediately by professionals.

That is for physical pain. But what about mental pain?

There’s loads of college and professional football and basketball players who are going through life with mental pain and mental injuries. For whatever reason, their spirits are broken and they are having self-defeating thoughts.

They need to get strong but most guys and especially black guys like me aren’t even aware that mental health and wellness is a thing. We knew how to lift weights in the weight room and get physically stronger, we knew how to watch films and raise our football IQ, but we don’t always appreciate that we also need to get mentally stronger and raise our mental wellness IQ.

I know that’s a thing now and I go all over the country talking to people about it. I use myself as an example. When I was playing for the Buckeyes in 2002, I was dominating college football, but after my career was over, I was getting dominated by life.

Athletes need mental strength not just to compete but to succeed outside of sports. Every bigtime college football and basketball program has a strength and conditioning coach, but how many of them have social workers or licensed therapists?

College football players are in the weight room building their bodies physically every day, but they also need to build up their minds. Mental strength IS physical strength and we need to help athletes get stronger so they can perform on the field and off.

This is why I’ve to open my own facility, the Clarett Wellness Center, dedicated to helping athletes become stronger mentally.

When I released my autobiography, One and Done, I decided that all proceeds from the book would be dedicated to creating a mental wellness center for high school and college athletes. In my opinion, athletes have a particular challenge in front of them: developing a positive identity and self-image outside of their athletic persona.

The key is to reach out to these outstanding athletes before their careers are over and help them develop psycho-social-emotional skills to thrive outside of the athletic sphere. This will be the goal of the Clarett Wellness Center in Columbus, Ohio when we open our doors.

Permanent link to this article: https://advocacyforfairnessinsports.org/feature-stories/mind-of-maurice-clarett/mental-strength-is-physical-strength/