Maurice Clarett: Nobody Can Teach You How to Be Famous 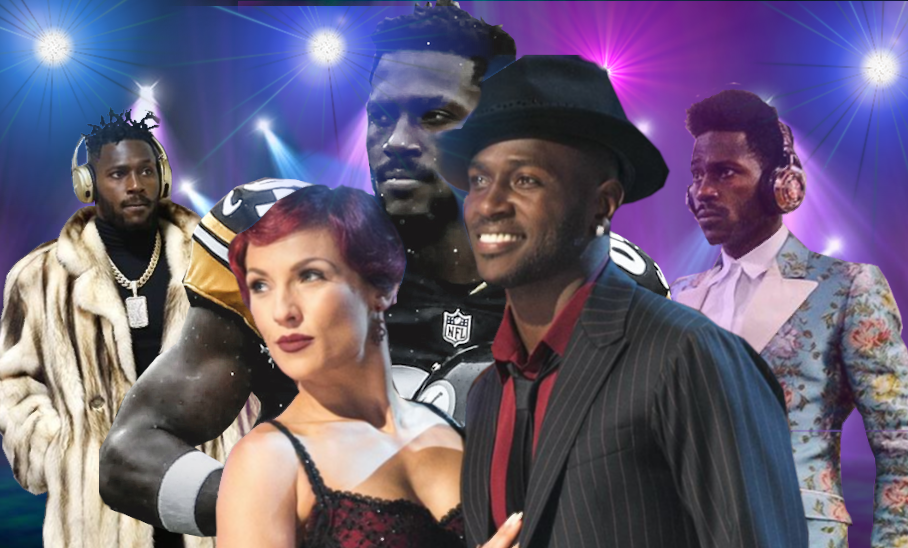 COLUMBUS—Everybody is trying to make sense out of what’s going on lately with Antonio Brown but I think the explanation is pretty simple: nobody teaches guys from the ‘hood how to be famous.

We spend our entire adolescence trying to be somebody, trying to make a name for ourselves, and get famous…but when it happens, we don’t know how to regulate ourselves and govern our behavior as a famous person. There’s responsibility that comes with being famous and if you don’t meet that responsibility, you end up with your shortcomings getting publicized all over the media.

To make a long story short, once a guy like Antonio, or even myself, starts to attain a supreme level of success on the football field, almost everyone around us allows us to do whatever we want.

For the most part, nobody ever says No to us so we get the sense we can do whatever we want as long as we are producing on the football field.

I got my first get-out-of-jail-free card when I was 14 years old and had just been arrested for the 3rd time as a juvenile, this time for robbing a house.

But fortunately for me, I had already distinguished myself as a junior high football player. So, a corrections officer in the juvenile holding facility where I was being held before my trial, who was an assistant coach at a local high school, offered to go to the judge and offer to take me under his wing, with the understanding I would play football for his team.

This sent a powerful message to me: as long as I could produce on the football field, I didn’t need to regulate my behavior the way other people did.

I made it through high school without any more brushes with the law, and kept getting better on the football field. I didn’t really test any criminal or legal boundaries in high school, because football was now my get-out-of-the-‘hood-alive card.

As I kept getting better, the message was clear that if I could perform, everything would be taken care of.

I had to work like a dog to become the first freshman starting running back in OSU’s history, but by the end of my first game, when I ran for 175 yards and 3 TDs and 100,000 people were chanting my name, I was addicted to that feeling and had the distinct sense that I could do whatever I wanted.

To make a long story short though, I ran into problems with the NCAA before my sophomore year, was unprepared to secure my NFL opportunity after being drafted in 2005, and before I knew it, my football career was over.

I found myself in a similar situation to AB: I was the same guy at 21, after football, that I was at 14 when I got arrested the third time. The only thing that changed was that football was no longer an escape from the pressures of daily life.

So, I had issues adjusting after the game was over. I had a ton of free time and didn’t know what to do with it. I also had financial issues, so I returned to the criminal behavior of my teenage years.

In AB’s case, it is also really dangerous to have a ton of free time and a bunch of money. Sometimes when you have a ton of money, you don’t listen to anybody.

Also, nobody around you stands up to you when you have a ton of money because you’re paying for all of them. They don’t have the ability to influence you in the right way and tell you to correct your behavior.

For everyone in AB’s position, there needs to be someone they have a relationship with who is outside of the money. I hope there is someone in his life who has that presence. For most people, it doesn’t matter how much money or fame they have, there is one person who doesn’t care anything about that and only has a relationship with you out of respect.

AB needs to find that person and listen to them. I believe Antonio is a good human being, but there’s a chance that the person he created—AB—is the bad part of him. He has probably been getting massive amounts of attention since he became a teenager and now that the game is gone, there’s a chance he wants to recapture some of that fame. This is probably the explanation for Whole Lotta Money.

After football was gone for me, I was going to the nightclubs to get that attention, because being famous is addicting. Fame is a powerful drug, my friend. When I left football, I missed the pats on the back and the admiration and as a result of that, a bunch of self-destructive behaviors emerged. I didn’t know what else to do but engage in these sorts of activities because I was essentially back to being that 8th-grade kid who got busted for a home invasion. I had never addressed that behavior and learned responsible adult culture.

The bottom line is that Antonio has a lot of issues to address now, legally, but once he can handle those, he has a bright future. He should still be financially secure, so he can begin to focus on becoming a responsible guy who contributes to the success of his family and friends, former teammates, and everyone around him.

For me, finding the book The Way of the Superior Man by David Deida was transformative. The theme of this book is pursuing the best part of yourself. The subtitle says it all: A Spiritual Guide to Mastering the Challenges of Women, Work, and Sexual Desire.

I think Antonio needs to find his own path to mastering the challenges of his life and I am confident that he can do it but it isn’t easy. For me, it took a couple years of cognitive behavioral change therapy while I was incarcerated.

Even though I have no regrets, I hope with all my heart that Antonio doesn’t have to hit the rock bottom I did to get his chance to improve his situation. Reading saved my life in prison so that would be a great place for him to start. Stories have the power to change lives and I hope one day his redemption story will have a positive influence on others, like mine has.

Permanent link to this article: https://advocacyforfairnessinsports.org/feature-stories/mind-of-maurice-clarett/nobody-can-teach-you-how-to-be-famous/